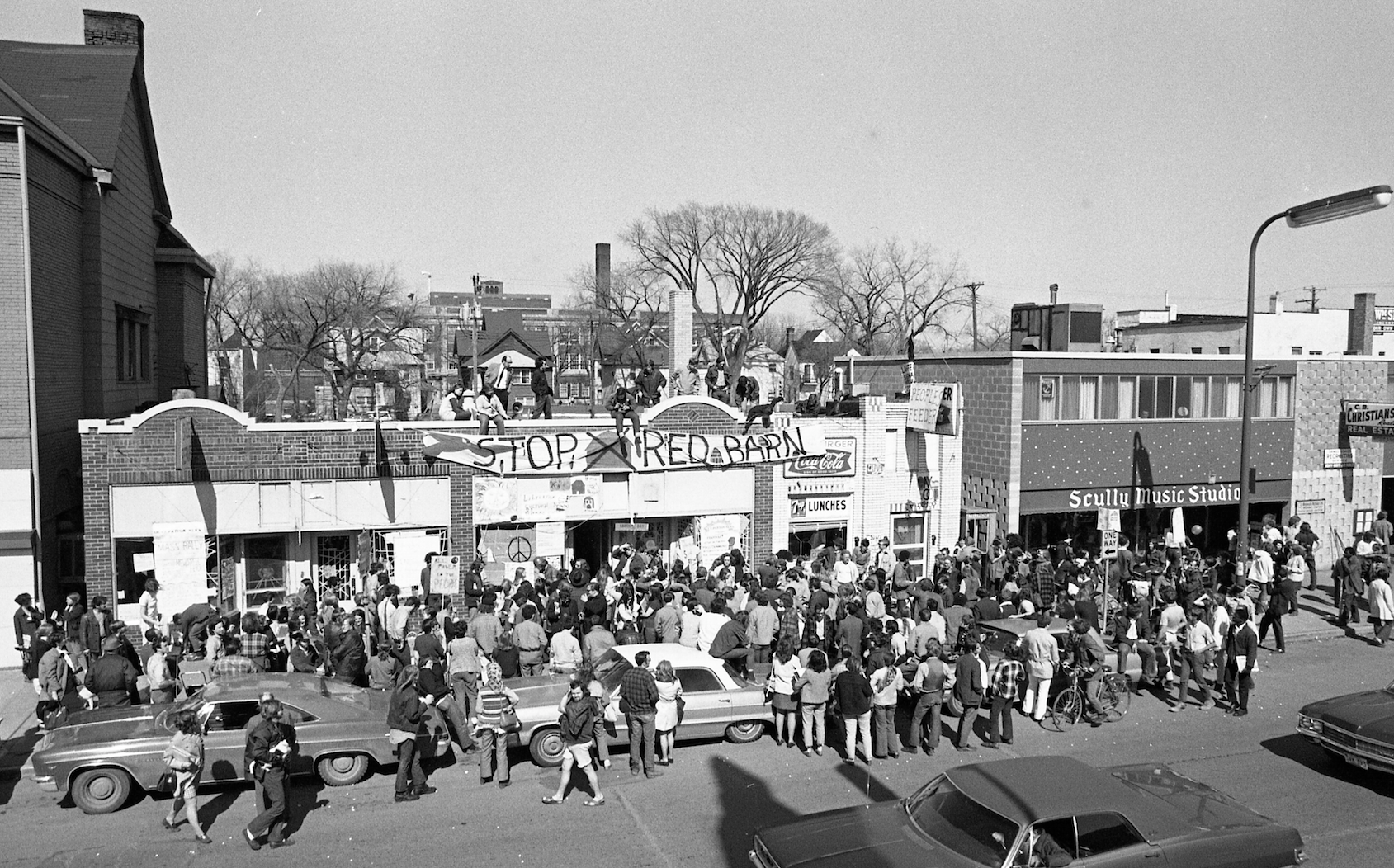 Protesters gathered in and around vacated buildings for a month in 1970 to prevent their demolition for the construction of a fast-food restaurant. Over the roof, you can see Marshall High School in the distant background a block away and some former Victorian homes that had been converted to businesses. Photo by and Copyright Cheryl Walsh Bellville.

The discussion will follow a showing of “The Dinkytown Uprising,” a film by Al Milgrom about the month-long demonstration in which protestors occupied buildings to stop construction of a fast-food franchise called the Red Barn. The film traces the lives of prominent leaders of the 1970 protest to see where they are today.

Some protesters in the film will participate in the discussion that is free, and admission to the film is not necessary to attend the panel.

Panelists will include Monte Bute, who was among the protestors who successfully kept the Red Barn out of Dinkytown, and Matt Hawbaker, who helped organize Save Dinkytown two years ago. This more recent group failed to prevent the demolition of businesses to construct a mixed-use midrise apartment building that opened last fall.

The panel will explore contrasts and similarities between the two protests and the changing nature of the small business district near the University of Minnesota.

Bute, an associate professor of sociology at Metropolitan State University, was among the 1970 organizers featured in Milgrom’s film. Others featured in the film may participate as well.

“The panel will explore Dinkytown’s unique qualities and character of place and the cultural ramifications should Dinkytown disappear,” said Eide-Tollefson said in a news release. “Issues addressed will include the keys to the identity of Dinkytown, what anchors these qualities throughout Dinkytown’s periods of growth and change, and how to achieve growth while for preserving Dinkytown’s physical structure.”