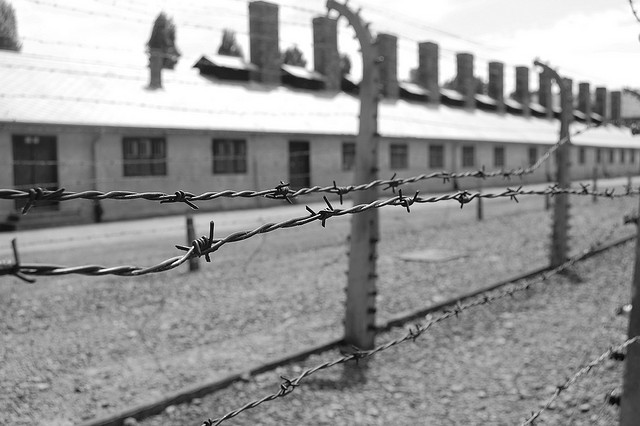 In light of the recent news that 94-year-old NE Minneapolis resident Michael Karkoc was a top commander of a Nazi SS-led unit, I was asked if there was a “Jewish perspective” on how Nazi war criminals should be treated. While I certainly do not hold exclusive rights to “The Authentic Jewish Perspective,” I will gladly share some of my thoughts with you.

First, I believe that no matter how sensitive, emotionally charged, or intricately nuanced an issue, we can always find guidance and direction in the teachings of the Torah. Like with many Torah teachings, the issue often regards how willing we are to listen.

Combining the Torah with other sources of wisdom can usually create new understandings and discoveries. For instance, in his book The Sunflower: On the Possibilities and Limits of Forgiveness, Simon Wiesenthal recounts how as a concentration camp inmate in Lemberg he was summoned from his slave labor detail to the bedside of a dying SS soldier. The soldier had participated in the mass murder of Jewish women, children, and old men in Dnepropetrovsk, and his conscience was torturing him in his last moments on Earth. With the help of a nurse, he sought out a Jew to whom he could confess and ask for forgiveness before he died.

“In the long nights while I have been waiting for death, time and time again I have longed to talk about it to a Jew and beg forgiveness from him. Only I didn’t know whether there were any Jews left… I know that what I am asking is almost too much for you, but without your answer I cannot die in peace.”

Wiesenthal said nothing and left. Later he questioned his behavior: “Ought I have forgiven him? Was my silence at the bedside of the dying Nazi right or wrong? This a profound moral question.” 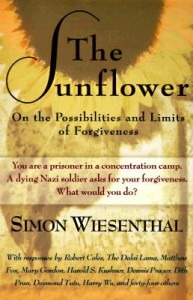 A profound moral question indeed. So profound, that the entire second half of his book is dedicated to it in the form of a 53-response symposium. “Among respondents are theologians, political leaders, writers, jurists, psychiatrists, human rights activists, Holocaust survivors, former Nazis and victims of attempted genocides [in various counties]. Some say forgiveness ought to be awarded for the victims’ sakes, others that it should be withheld in this case.”

Even the trial of Adolf Eichmann, the chief administrator of the Nazis’ “Final Solution” and most notorious Nazi to face trial in Israel, was met with this question of morality when famous Israeli philosopher Martin Buber led nineteen other prominent Israeli intellectuals in petitioning President Yitzchak ben Zvi to commute the death sentence.

While this may not be the place for an exhaustive treatment of Teshuvah V’mechila (repentance and forgiveness) in Jewish thought, I would like to highlight two important and relevant points:

If apply this to Simon Wiesenthal’s dilemma, it’s clear that Simon had neither the right nor the ability to forgive the vicious murderer of other people. Indeed many contributors to The Sunflower make this point in their response.

Let me finish with one more excerpt from The Sunflower. When asked if she could forgive a seemingly penitent SS officer who, years earlier, had help round up a group of Polish Jews and then set fire to the synagogue in which they were imprisoned, novelist Cynthia Ozick wrote:

“I forgive you” we say to the child that has muddied the carpet, “but next time don’t do it again.” Next time she will leave the muddy boots outside the door; forgiveness with its enlarging capacities, will have taught her. Meanwhile, the spots can be washed away.

But murder is irrevocable. Murder is irreversible… Even if forgiveness restrains one from perpetuating a new batch of corpses will the last batch come alive again…?

Let him go to hell.

Rabbi Joseph Telushkin, in his Jewish Wisdom, comments that Ozick’s perspective “was informed by her realization that each of the Holocaust’s victims was a unique, hence irreplaceable, human being. As a contemporary observer of how different countries remember and commemorate the Holocaust observed: We must remind ourselves that the Holocaust was not six million. It was one, plus one, plus one...”