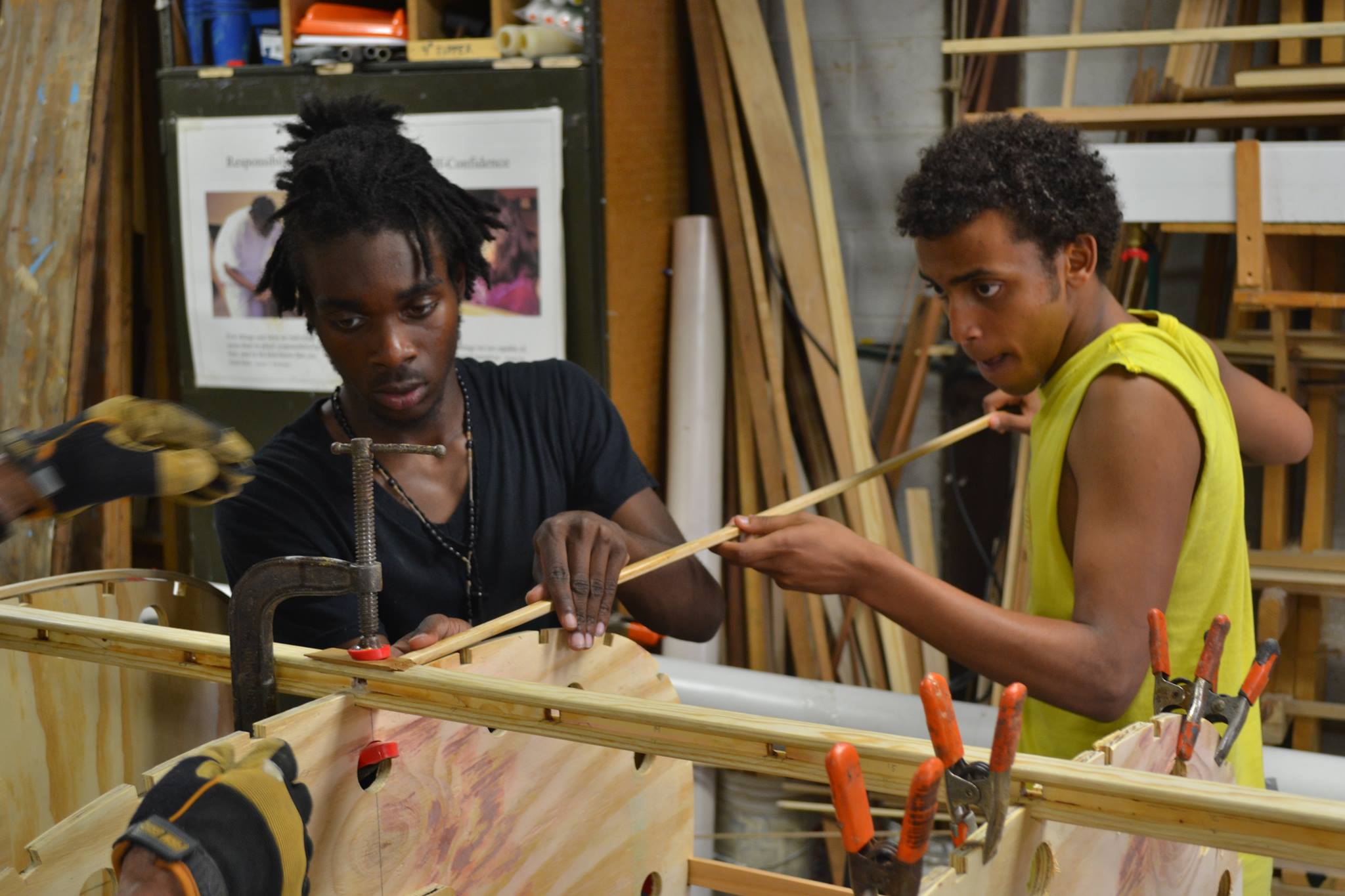 The field has been narrowed from nearly 1,000 ideas to three in the Forever Saint Paul Challenge, the million dollar contest to find the best idea for the City of St. Paul. Now the Saint Paul Foundation is asking Minnesotans to vote for their favorite idea — an urban oasis, a creative arts center, or an art train — by September 2.

Ann Mulholland, vice president of grants at the Saint Paul Foundation, explained, “What’s amazing about these three final ideas is that they’re very different. They’re three very different ideas with different approaches, and each one of them brings up a different level of vitality to this city.”

Tracy Sides wants to bring a food hub and nature-based events center to the Bruce Vento Nature Sanctuary. Currently, the Sanctuary is home to a vacant building covered in graffiti that Sides believes would be an ideal home for a commercial kitchen and classrooms, a food truck, and a food-processing facility for local farmers to extend their harvest. Sides writes, “Imagine buying tomatoes at the St. Paul Farmers Market and learning to can them at the oasis kitchen!”

Sides’ background in public health played a role in her idea for an urban oasis. “I spend a lot of time re-imagining systems and identifying ways to effectively implement life- affirming change,” said Sides. “Being personally and professionally immersed in my community, I saw this incredible opportunity to build on and connect great things already happening here to address gaps in our regional food system, economic needs in my neighborhood, and at the same time build a healthier, thriving community.”

She believes that the Urban Oasis will help support the local food system and businesses. She noted, “The Urban Oasis will ‘feed’ community connections by bringing people together to eat and learn, to work together as we build a strong local food system, to start new food businesses, and to celebrate. And locating the Urban Oasis Food Hub right next to downtown Saint Paul in a nature sanctuary, a place which has nourished humans for thousands of years, provides an important reminder of our connection to the land and the ultimate source of all our food.”

Growing entry-level living wage jobs, creating an incubator space for creative businesses and restaurants, and reviving and repurposing old train cars and tracks are the basis for Craig Blakely’s Art Train idea. He explained, “In the neighborhood around the Raymond Station Area I saw that there were a lot of abandoned railroad sidings that

were going to be lost, and that Saint Paul stood to lose a key part of its railroad heritage unless new uses could be found for them. As I got to know about the grassroots movement to establish the Creative Enterprise Zone in the Raymond Station Area, I realized that here was a potential reuse for those abandoned railroad sidings, and when I realized that the Minnesota Commercial Railway wanted either to rip their rails out of Charles Avenue or give them to the City, the vision of the Art Train germinated in my mind and took root in the fertile soil of the Forever Saint Paul Challenge Grant.”

While the Art Train would start off with four train cars — 3,000 square feet total — Blakely sees this as just a stepping stone for more development of old railway cars. If the project proves to be feasible, he said, “I expect other Art Trains to be developed on unused railroad sidings in Saint Paul and in other areas around the state…. My hope is that cities will see this as an opportunity to generate new jobs and taxes in areas where none currently exist, and that the owners and developers of old industrial buildings will see the Art Train as a viable strategy for redeveloping and branding their old buildings and railroad sidings.”

Jack Ray has a vision for a collection of youth studios that would teach students an assortment of arts and crafts at a high level. Ray described, “Next to the boatshop might be a pottery studio, next to that a bronze and iron foundry, next to a fabric arts center, next to a robotics lab, next to a music and video studio, next to a glass studio…. We [would] create studios and shops when we find masterful teachers and youth workers that match groups of student’s interests.”

Ray has extensive experience as a youth worker, and most recently was the executive director of the Urban Boatbuilders, an organization that teaches boat building to at-risk youth. It was here that he saw youth who struggled in the traditional school setting, thrive. He attributes this to the hands-on aspect of building, but also the relationship that develops between the students and the instructor. Ray commented, “The process of being shoulder to shoulder working on the boat together is kind of magical. As I think about it, young people for hundreds and thousands of years learned about the world by standing side by side with an adult doing something, making something…it’s a very natural way to learn.”

The second, critical component to the Center is a Youth Social/Civic Entrepreneurship Incubator. Ray explained that students develop a sense of their own abilities through hands-on work. In his experience, he has seen students realize that, “they are skilled creative people that can do things for themselves and for the world. And once you convince young people of that, you just have to unleash them onto larger challenges.”

The Incubator would be a way for the students to take the skills they learned at the Center and put them to work in the community.

With three finalists remaining, the St. Paul Foundation is asking Minnesota residents to vote for their favorite idea. Ann Mulholland from the St. Paul Foundation said, “We are all about people voting for an idea…. We’re trying to get folks to not think to much about the implementation, because when you focus on the implementation you go to no. And this challenge is all about starting with yes.”

Residents can vote online, by text, or in person at the State Fair and other events planned throughout the Twin Cities. For details, visit the Forever Saint Paul Challenge website.

The Forever Saint Paul Challenge kicked off earlier this year with a record-breaking Lite Brite installation at the Capital.

“We launched this idea to inspire the imagination and the energy of the residents of St. Paul and the state of Minnesota to really dream and think big about our future,” said Mulholland. “We believe at the Saint Paul Foundation that great things happen from big ideas and resources put behind the big ideas. And you can go throughout the City of St. Paul and say there was a garbage dump on the river that is now one of the most beautiful housing developments in the State of Minnesota. There was no science museum on the river. The list can go on about big things happening in St. Paul because of somebody’s dream and idea. And that’s what we were really trying to tap into.”

Keyonte and Mahamed fit a rib through the keel before bending it around a form at Urban Boatbuilders. (Courtesy of Jack Ray)

Rendering of the Urban Oasis (Courtesy of Tracy Sides)

From left, Tracy Sides and Nancy Vue work together in a kitchen (Courtesy of Tracy Sides)