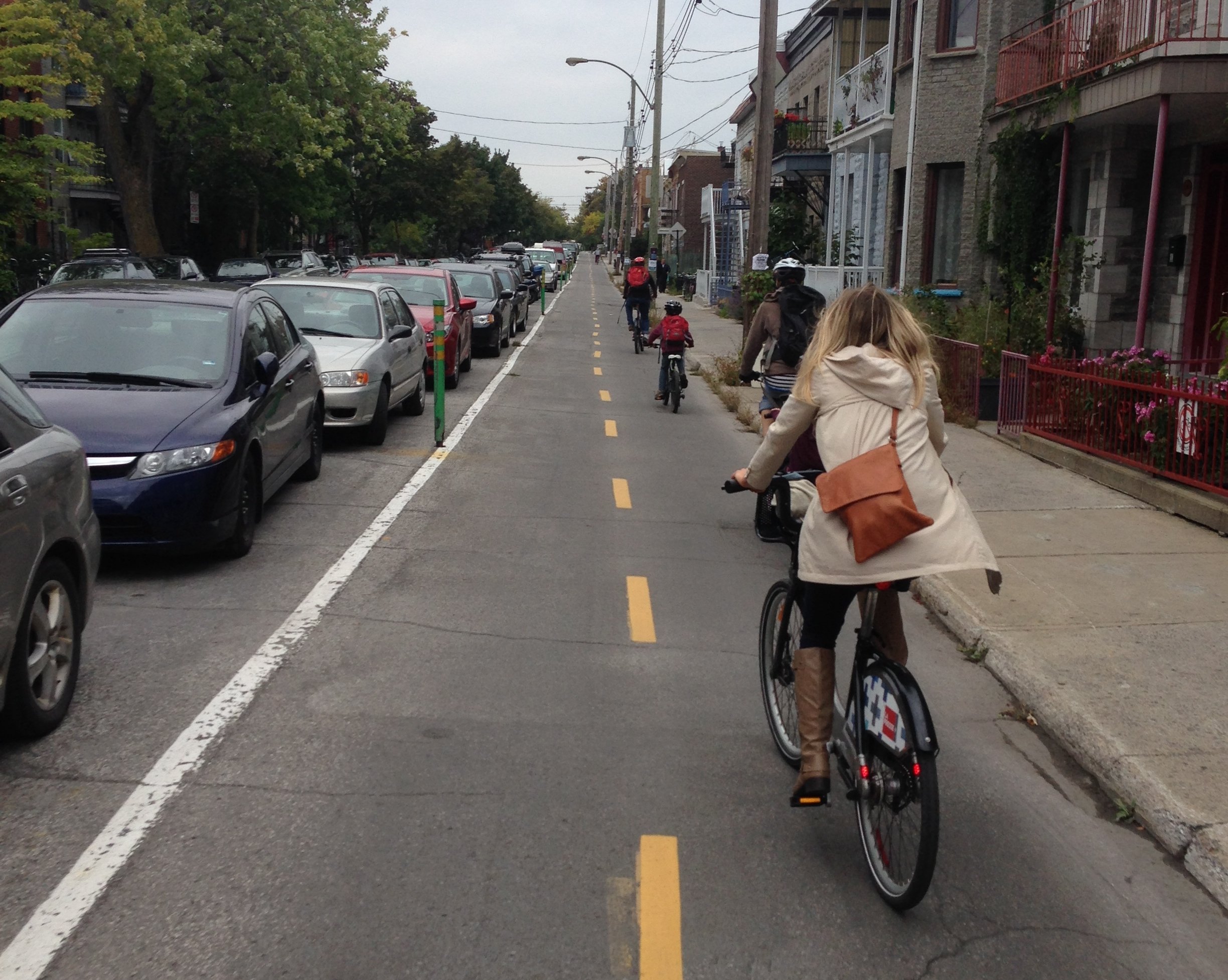 Here is my open letter to Ramsey County Public Works. I know I’m late to this process and honestly don’t expect them to change their plans (which can be seen here [large PDF]). I will preface this by thanking Ramsey County for putting in any bike lanes, but if no one demands better then we can’t expect better.

My wife and I recently moved to Saint Paul’s Mac-Groveland neighborhood. We both use our bikes on a daily basis to run errands, shop, visit restaurants/bars, and commute. We chose Mac-Groveland (and the proximity to Highland Park) because we were looking to settle down in a walkable & bikeable community. My wife commutes from our home near Jefferson and Snelling to the 46th Street Blue Line station via bike which requires her to ride on Ford Parkway to cross the river.

I was very excited to hear that Ramsey County would be rebuilding a portion of Ford Parkway and including bike lanes in the design. However, when I attended the open house on October 21st at Hillcrest Recreation Center, I was very disappointed to learn the placement of the bike lanes in relation to parking and the travel lane. In 2014-15, we as a region should be past the stage of just adding door-zone bike lanes and patting ourselves on the back. This stretch of Ford Parkway also offers something that very few road segments in Saint Paul offer, no curb cuts for driveways. We have the unique opportunity to provide block long uninterrupted parking protected bikeways. This is the kind of bike infrastructure that induces cycling and provides a safe calm environment for the ~60% of the population who is enthusiastic to ride but still isn’t sure about safety. I’ve attached an image below showing what I mean (excuse the poor Photoshop skills).

You get the idea.

This type of infrastructure has been shown the world over to create a safe and inviting place to cycle. The lack of curb cuts means that the only conflict points would be at intersections. This can be made safer by daylighting each intersection by removing two or three parking space and allowing drivers to easily see into the bike lane and assess potential conflict.

On this same note, the A-Line will have far side stops. Currently there doesn’t appear to be anything in the plan sheets for bus v bike conflicts, as the bus will be crossing over, and stopping in, the bike lane. The parking lane is 7′ and the bike lane is 6′, but Metro Transit plans 12′ wide bus pads which is pretty much the entirety of the parking and bike lanes.

With a parking protected bike lane, the bus stop could be an island in the parking lane (again, very common the world over) and the bus stopping in the traffic lane creates a traffic calming effect, essentially adding a brief 15-20 second stop sign which calms traffic.

If we’d like to see our city reach a cycling mode share of more than 3%, we need to take innovative steps (they are only innovative in here in the US, see the photo of a Montreal family cycling in a protected bike lane). Actually, Saint Paul has a goal of 5% cycling mode share by 2015. Let’s mature past door-zone bike lanes and really take a step into the 21st century. 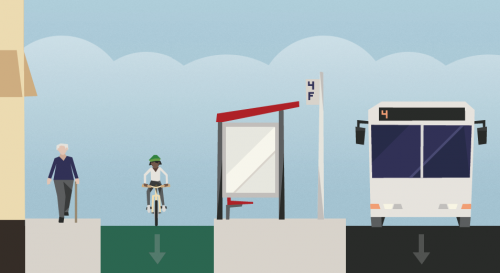 A bike lane behind the bus stop.

At top: A protected bike lane in Montreal.