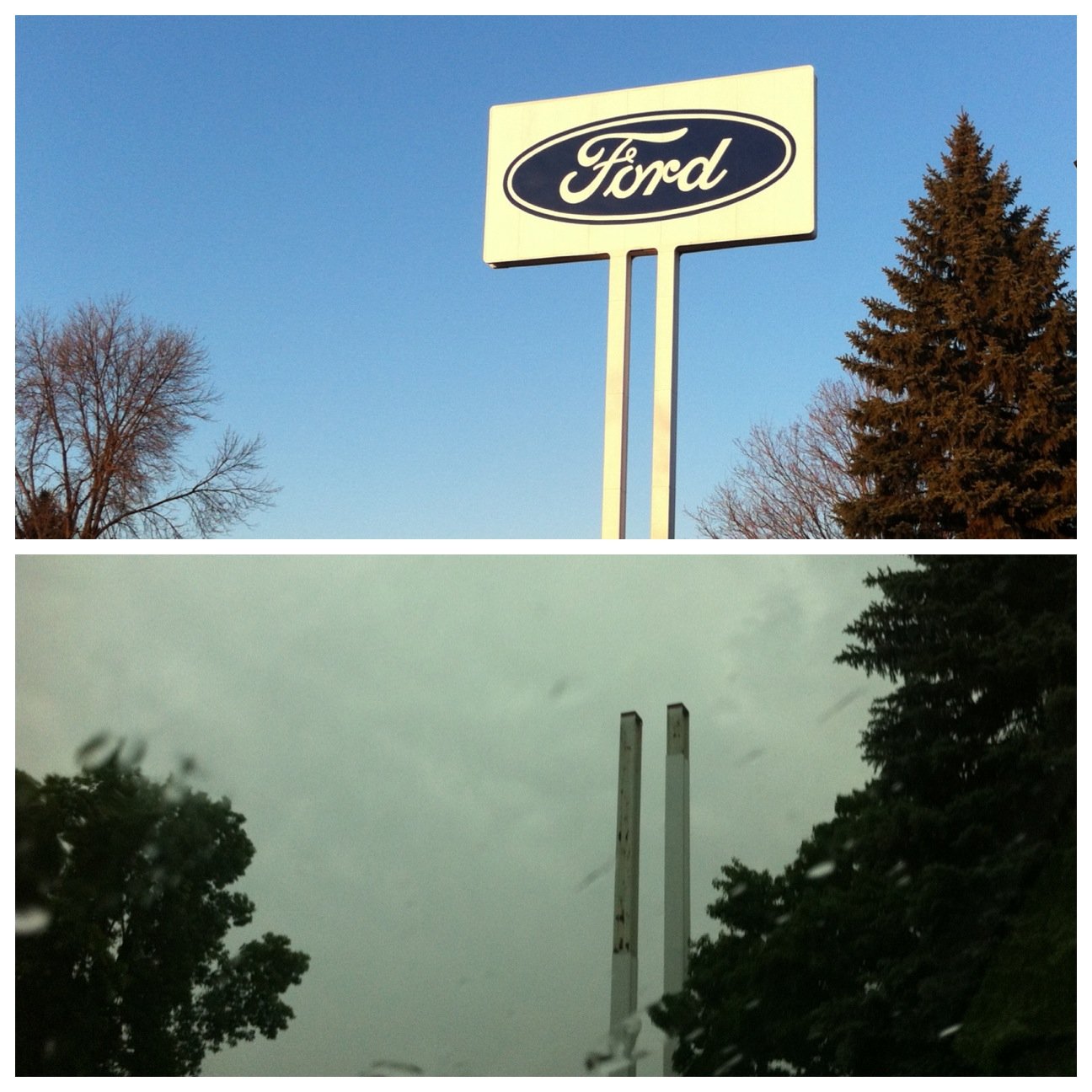 I owned a Ford once. It sucked. I had reasons to agree with the jokes about Ford meaning “Fix Or Repair Daily” or “Found On Road Dead.” After that Ford, I didn’t own another car for 12 years. And I became a transportation planner because I never liked having to drive in the first place and wanted to improve options and safety for people who either have to or who choose to walk, ride transit, and bike.

I spent last weekend happily working at the Green Line opening. So why on earth am I sad that Monday was the day the massive Ford sign came down at the old St. Paul assembly plant site?

The plant had closed by the time I moved to St. Paul, and evidence of its existence has rapidly dwindled. Although the plant buildings have been dismantled for a while, the sign still stood over Mississippi River Boulevard in my neighborhood.

On the day when the Ford sign came down, the old Schmidt brewery on West 7th Street saw a new Schmidt sign installed on the building that now houses apartments, not hops. We notice when old letters proclaiming Pillsbury’s Best Flour go missing from the Minneapolis riverfront. Some of us like a lot of these old signs marking long-gone days of industry.

According to the Pioneer Press, which captured some good images from the Ford sign dismantlement today, the sign is being prepared for storage. Where? They didn’t say. The Ford sign isn’t neon, so people may not miss it enough to clamor for its return after the site is redeveloped. I’m hoping the site is redeveloped in a way more supportive of shoe sales rather than cars, so I’ll get over its absence in time. Is this just a case of “smokestack nostalgia”?

While some streets.mn writers and readers may not want to mourn the demise of a vehicle assembly plant, even to someone who works to improve options for us outside of cars, it still feels like something more, described by Tim Strangleman:

It is sim­ply a sense that some­thing tan­gi­ble and valu­able is being lost when plants close. It is the sense that there is some­thing deca­dent in the dis­card­ing of perfectly effi­cient fac­to­ries, com­mu­ni­ties and indi­vid­ual work­ers.