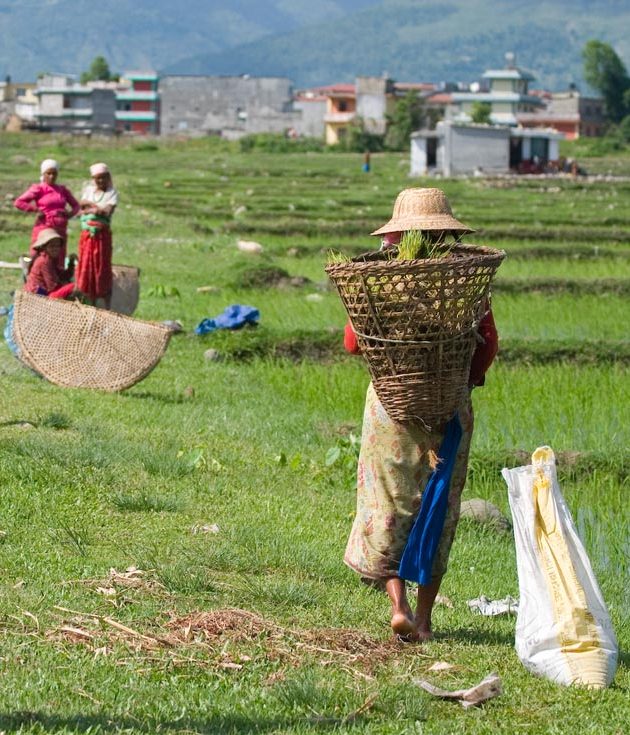 This is exactly the scenario we warned of a year ago when we published Resolving the Food Crisis, a comprehensive assessment of the international community’s response to the global food price crisis.

High and volatile food prices in international markets will continue until structural reforms to trade, finance and agriculture are put in place to address the real drivers of the food crisis. It’s time for meaningful limits on financial speculation, reformed mandates for biofuels made from food crops, a system of internationally coordinated public food reserves and strong regulation on land investments. Donors should continue to invest in developing country agriculture, respecting their commitment to recipient country leadership. If the private sector engages, it, too, must respect the rights of the people it engages with.

Here is our review of progress on these issues in 2012:

Funding for agricultural development: Instead of renewing their 2009 L’Aquila commitment to invest significant aid money in agriculture, the G-8 group of powerful nations rolled out the “New Alliance for Food Security and Nutrition.” Most of the funding comes from private sector partners like Monsanto and Yara, a global fertilizer company. The aid comes with strings: To qualify, governments must “refine policies in order to improve investment opportunities.”

Reforming biofuels policies: Developed countries improved their biofuel policies some, but the industry boom continued, still supported by government-mandated minimum-use policies. The United States ended its tax credit and tariff on imported ethanol, but refused to waive the minimum use mandate for biofuels during the drought. The government even proposed raising the allowable percentage of ethanol in petrol from 10 percent to 15 percent. The European Union proposed to halve (from 10 percent to 5 percent) the amount of transportation fuel that can be sourced from food and feed crops—a valuable reform—but failed to impose a firm cap.

Regulating financial speculation on agricultural commodities: The United States and the European Union both introduced regulations to bring over-the-counter (OTC) trading on commodity futures markets onto regulated exchanges and to impose stricter “position limits” on the scale and scope of any one trader’s holdings. But the financial industry spent the year lobbying hard, and it successfully delayed and weakened approved reforms, in part through legal challenges. The E.U. is unlikely to implement the Market in Financial Instruments Directive before 2015.

Much more encouragingly, a Financial Transaction Tax will be implemented in 11 European countries, a bold and important step to raise needed revenues while reducing incentives for financial speculation.

Stop land grabs: Large-scale land acquisitions in developing countries continue at an alarming pace. The World Bank rejected Oxfam’s call for the Bank to support a moratorium on land deals. Yet global efforts to slow and regulate them made important progress in 2012. The U.N. Committee on World Food Security (CFS) adopted the Voluntary Guidelines on Land Tenure in May, while Tanzania has announced it will limit how much land foreign investors can acquire.

Address climate change: Drought and storms wreaked unusual havoc in 2012, reminding all of the reality of climate change. But global climate talks in Doha achieved little. The attempt to include agriculture in the formal negotiations stalled, and developing countries’ urgent plea for policies and funding to focus on adaptation went unheeded. More hopefully, climate negotiators approved a mechanism to address “loss and damage” from slow onset impacts of climate change.

None of these issues is insoluble, but change will require political commitment and international agreement. The U.S. and E.U. must agree on effective limits on financial speculation and reform their biofuel mandates. Governments everywhere need to look at how best to build and coordinate public food reserves and to enforce strong investment regulation. Public investment in agriculture remains vital, and all investment—public and private—must respect human rights.

The CFS is a source of hope. It has formal standing as the international body responsible for coordinating responses to the food crisis. Three years into its new mandate, it is off to an impressive start. This year it will take up the hot-button issues of biofuels, responsible agricultural investment, and investment in smallholder agriculture, all critical areas for reform. But it can only lead if the world’s economic and agricultural powerhouses let it. Let us hope this is the year they show the world they are serious about resolving the global food crisis.

For a more detailed look at these issues, see the author’s article, “Resolving the food crisis: The need for decisive action,” in Al Jazeera or watch the embedded video from Real News Network.

Timothy A. Wise is the director of the Research and Policy Program at the Global Development and Environment Institute (GDAE) at Tufts University. Sophia Murphy is a political economist and senior advisor at IATP.