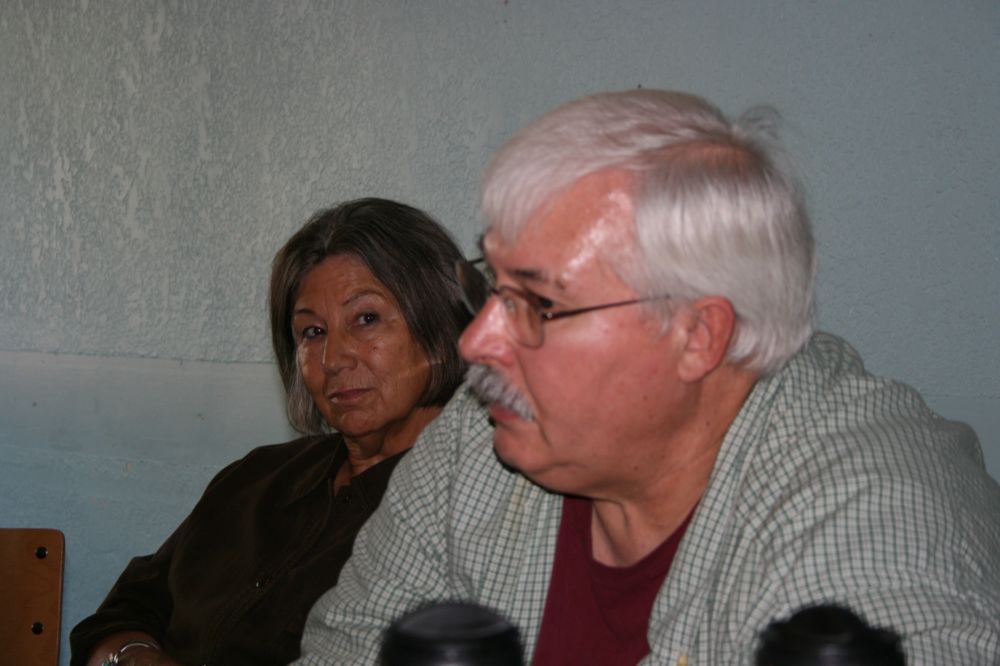 Seed biodiversity, farming methods, and food distribution were main topics as TC Daily Planet’s election circle met at Common Roots Café May 3. The result was a lively exchange that branched out into other areas, including corporate power, expectations around political leadership, and the United States’ role in the world.

Marita Bujold, a regular participant, was invited to facilitate this month’s discussion. Bujold opened with a presentation based on research she had done for her Master of Arts in Leadership degree from Augsburg College. She focused on Mixtec farmers in Mexico, highlighting the diversity of seeds produced by organic peasant farming methods—approximately 1.9 million varieties since 1960, versus fewer than 7,000 developed through industrial agriculture. Bujold described how the North America Free Trade Act (NAFTA) has resulted in the erosion of land, depletion of genetic diversity, and departure of two million farmers from Mexico.

Tying these issues to the election, Bujold noted: “We have a USDA that promotes big agriculture and genetically modified crops. Either they (our political leaders) are ignorant, don’t care, or their goal is to displace peasants who create all of the biodiversity on the planet. “ Elected officials are not exerting leadership, she said, but corporations like Monsanto are.

Shilepsky, who disdains political labels, acknowledged being more conservative than others in the room. “I feel like I’m inside a sort of mirror world,” he said, at one point. “I’m wondering what you think of Norman Borlaug, the ‘Green Revolution,’ growing more food in a world where people were starving, children were dying.” Shilepsky went on to note that before 1900 most people in the United States lived on farms. “Many of them wanted to leave the farm. I’ve read Sinclair Lewis and about the drudgery of small town people’s lives. Do the people in Mexico want to stay where they are? Or do they want the freedom to leave, aspire to something else?” He wondered if there’s not “a mystique around the primitive.”

Steve Clemens, a regular participant in the election circle discussions, said, “If we framed this discussion in terms of security, then we would see that if a virus or disease threatens a specific crop, then we have no protection. From a purely selfish security position we need biodiversity.”

For Shilepsky, the discussion raised lots of questions about the United States’ role in the world, including which countries the United States should give aid to. A former supporter of NAFTA, Shilepsky said that we need “fair trade, not free trade.”

Meter noted that the same interests are pushing for biotechnology that pushed for NAFTA, using some of the same arguments. “They’re still picking winners and losers.”

The lack of political leadership around these issues became a major thread of the discussion.

Responding to Bujold’s remarks, Wieland said, “The reason Monsanto goes into Iraq is because they recognize that with the exception of a small handful of people, politicians do what they’re told. They don’t lead. Monsanto is telling politicians what to do. We need to challenge incumbents. Don’t look for a leader. Look at yourself and run for office.”

Wieland added, “Occupy is innovating, they’re leading. They’re not sitting around hoping that someone will take up their cause.”

Meter argued that the local foods movement is the most successful, broad-based movement he’s seen in his lifetime. It’s quiet, he said, but it’s bigger than Occupy, the Tea Party, and Civil Rights movements. He added that the victories the movement has gained during the past five or six years are “incredible.” “People are saying we want to reclaim our food supply.” 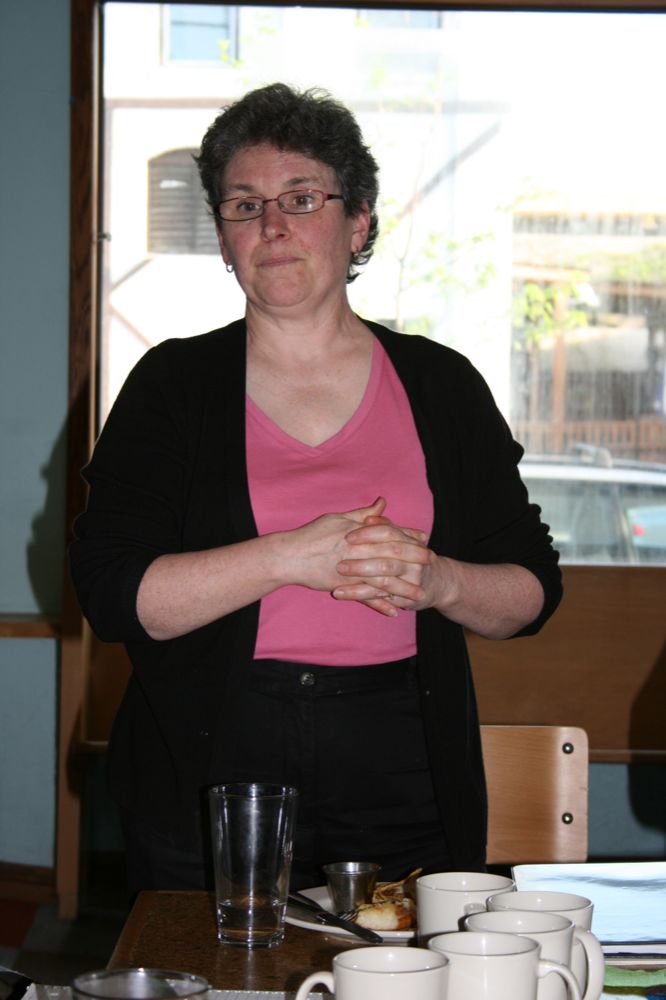 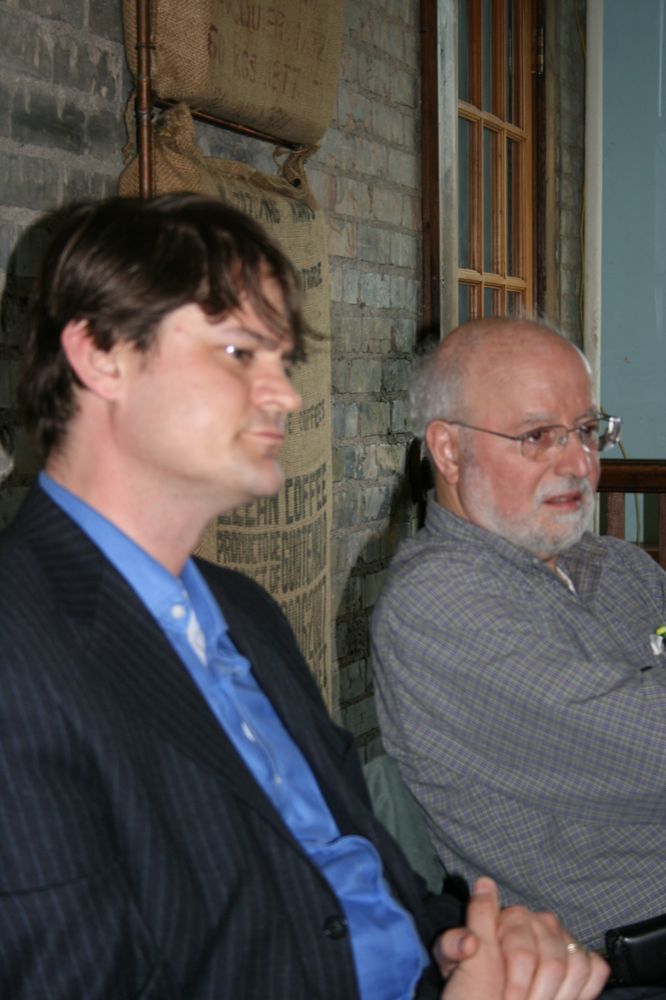 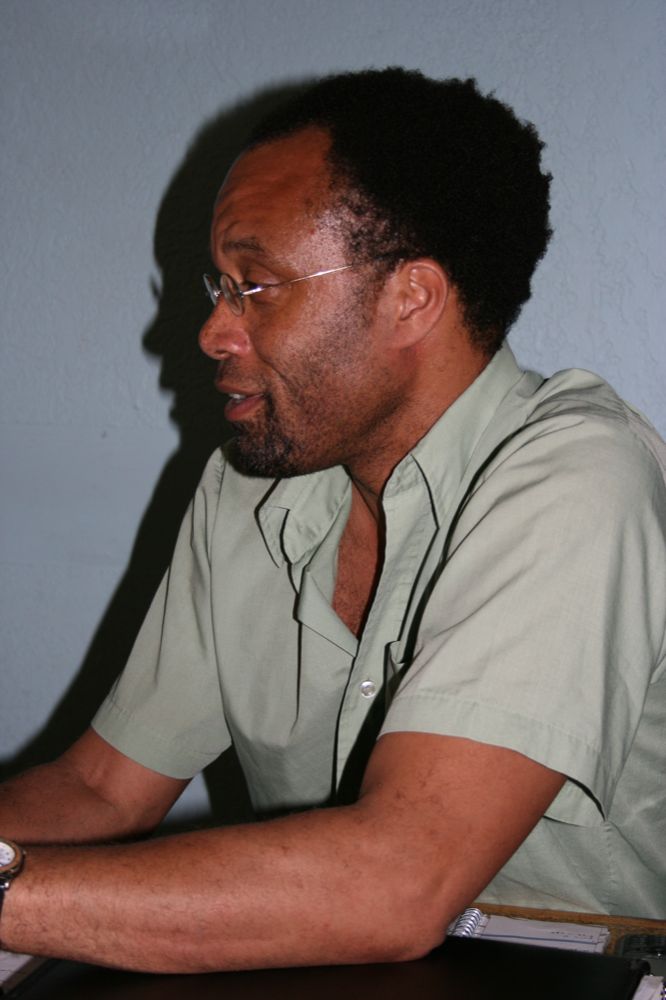 Some of the participants: Marita Bujold • Jeremy Wieland and Alan Shilepsky • Clarence White

When asked what brought him to Common Roots last Thursday evening, Meter said, “I joined the discussion primarily because of Marita’s invitation. I wanted to get better acquainted with her work, to see how it might overlap with work Slow Food is tackling.”

Wieland said he attended, “Because we’re not normally exposed to disparate thinkers.” He was pleased that Shilepsky, whom he knows from a Stone Arch discussion group, participated.

Shilepsky, whose interests include the environment, energy, transportation, police and community relations, housing, GLBT, and eldercare issues, said of the discussion: “It was stimulating and, well, educational, regarding the mindset of the people in the city I live in.”