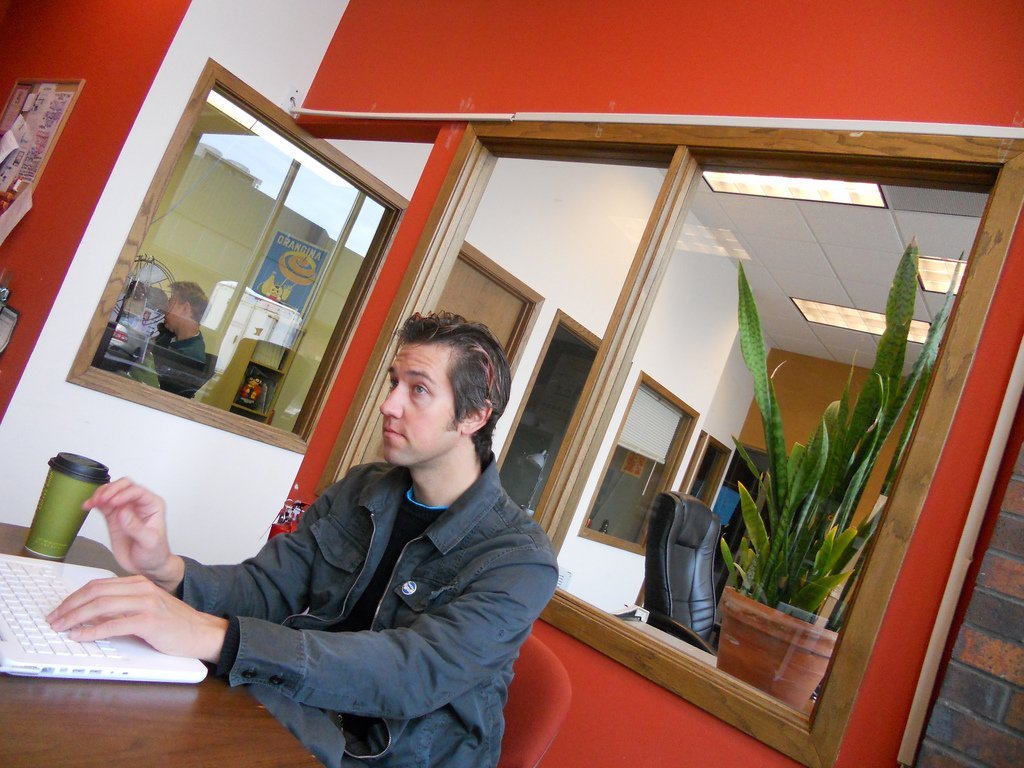 In November 2007, I joined the Twin Cities Daily Planet as assistant editor. I asked Daily Planet editor Mary Turck if I could also be arts editor—since, after all, there were only two of us—and she said something along the lines of, “Sure, why not?”

Six years—and 1,435 articles and blog posts—later, my time with the Daily Planet is coming to a close. On October 14, I’ll be making the move from the Daily Planet’s Seward headquarters to American Public Media, in what Garrison Keillor refers to as “hustling, bustling downtown St. Paul.” There, I’ll be joining the digital music team, working as an editor and writer on the websites of The Current and Classical Minnesota Public Radio.

I’m excited for this new opportunity and very much looking forward to working with my talented new colleagues, but of course it’s hard to say goodbye to the Daily Planet, where I’ve had what feels less like a job than an odyssey. 2007 wasn’t that long ago, but when I started at the Daily Planet, MinnPost didn’t exist, METRO was a promising new monthly, and The Onion’s local A.V. Club didn’t even have a website. Twitter was celebrating a new million-tweet milestone every several months. (Now, there are a million tweets sent every four minutes.) Over 95% of the people who are now on Facebook were not yet on Facebook.

It was a different world, but Jeremy Iggers and his fellow founders of the Daily Planet had seen where journalism was heading: online, nonprofit, and open-source. As “community” sections have sprouted up at mainstream publications around the world, as newspapers’ revenue streams have bottomed out and newsroom staff have been slashed, the Daily Planet’s been chugging up the hill like the little engine that could, flying the flag of citizen journalism and asking individuals and foundations to support our mission.

It’s been a challenge, yet we’ve prevailed: our staff has grown to include multiple new positions focused on outreach and community engagement—as well as an assistant arts editor, Morgan Halaska, who’s helped our coverage grow in quality and quantity. Our traffic has increased from 35,000 unique visitors each month to 148,000. Most importantly, we’re empowering more and more local community members to share their stories and connect with one another about issues that matter.

Numbers, though, can only tell part of the story of my six crazy, amazing years at the Daily Planet. There have been so many unforgettable moments, if I tried to list them all I wouldn’t even know where to start. Sitting in an empty office late at night in the IDS Tower, watching a pot of tea magically brew itself. Huddling at 1 a.m. in the basement of a secret West Bank venue, watching a woman lick a man’s bald head while John Bueche made pancakes. Sitting in the Acadia Cafe with Mary Turck, passing a beer with former mayor Don Fraser and his wife Arvonne while we all waited for someone—anyone—to come ask us a question about how they could become a Daily Planet reporter. Taking phone calls from Barb Teed, backstage at the Oscars, so that I could tweet the Minnesota-related gossip in real time. (“Pete Docter just gave a shout-out to Bloomington!”) Getting blacklisted from the Chanhassen Dinner Theatres (a prohibition that still stands) for a Jesus Christ Superstar review that “crossed the line of good taste.”

I’ve been lucky to work alongside many, many amazing people—whether as a coworker, an editor, or a friend. When I bought a camera to try my hand at music photography, there was Stacy Schwartz, shooting for a competing publication but happy to lend a lens. When I asked Katie Sisneros to write something about a set of Shakespeare-themed promo photos the Guthrie had released, she came up with a hilariously obscene rant that the Guthrie—possibly without actually reading it—retweeted. When I sent Sheila Regan to interview the guitarist of the Trans-Siberian Orchestra, she followed him to a hotel bar and had the good sense to just let him talk. (“My life is what it is.”) Through it all, Jeremy and Mary trusted that I knew what I was doing—or, at least, that I’d figure it out.

Perhaps the single best example, though, of what it’s meant to work at this publication is the fact that I had the privilege of being the editor of my own mother. When she learned about how the Daily Planet worked, Mom decided to start a baseball blog. She’s a great writer, but she likely would never have been offered a column at a mainstream publication: she didn’t go to journalism school, or even start publicly writing until she was in her 50s. At the Daily Planet, though, she was able to visit a pre-game warmup on Target Field, was cited as a source on Wikipedia, and was even approached by an editor who was compiling an anthology of women writers on baseball. Mom also became a theater reviewer; just this week, she reviewed the latest Church Basement Ladies musical and was thrilled to receive a personal note from one of the cast members, thanking her for her thoughtful writing about the series.

This new job marks a change for me, and it’s a happy change, but making this change means saying goodbye to a publication that’s showed me, and hundreds of others, what amazing things can happen when you open the newsroom doors and say to the world, “Your story is important. We want to hear it—and we want to share it.”