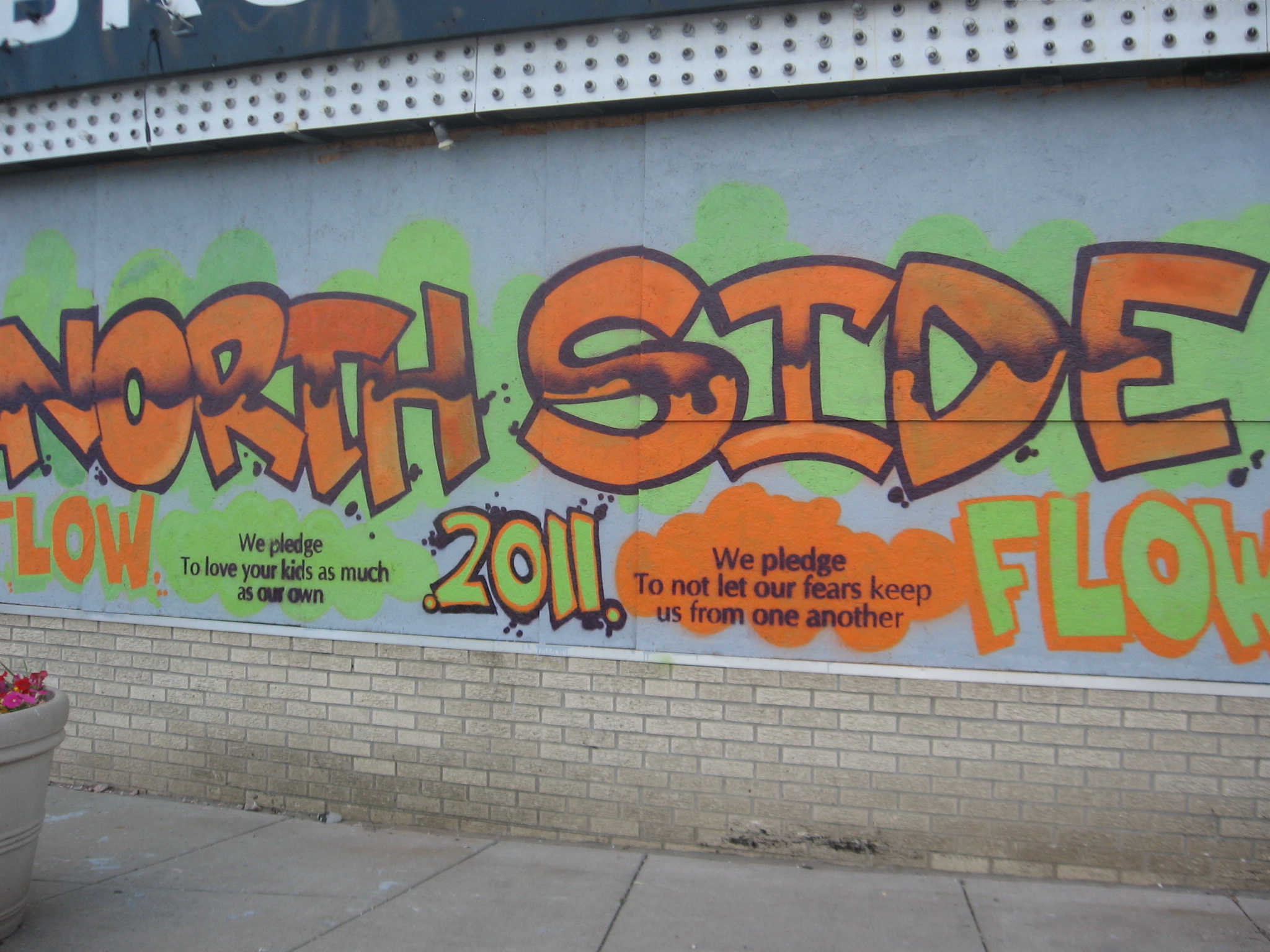 Graffiti outside of Broadway Liquor Outlet. Photos by Makula Dunbar.

“I think this is a vital community where great things happen,” said Dudley Voigt, FLOW Artistic Director. “FLOW is about shining light on all the good things that happen every day here in North Minneapolis.”

Intrigued by the Tropical Zone Orchestra, Voigt explained her excitement over seeing community members dancing in the aisles of the Capri Theater to the group’s Latin sounds.

“There are over 300 artists that we know of that live and work here. It’s about exposing people to another Northside.”

Across from the BLO stage was Broadway Liquor Outlet, also closed due to the May 22nd tornado. Painted on the outlet’s boarded windows was bright graffiti that read “Northside Tornado Survivors,” part of the tornado volunteer ceremony.

Tree trunks ripped up by the storm were also included in FLOW’s aftermath beautification. Sculptors carved animals, benches, and tiki figures to be auctioned.

“It’s pretty cool. I didn’t get a chance to see what else was going on,” said David Parsons, a 13-year wood sculptor who carved a cardinal bench and sitting bear. “Being an artist myself I like to look around see other art, but still it’s been a great day.”

One artist who did get to explore was Northside resident and painter Angela Davis. In the Kindred Kitchen, Davis’s portraits of African-American families, leaders, and Minneapolis city scenes were showcased. There was also photography by Jane Strauss and drawings by Charles Caldwell.

“I always liked the city scenes and always wanted paintings of them. They were too expensive so I just started painting them myself,” said Davis. “Overall, I just like seeing the music and art of the Northside, because usually you don’t see the good.” 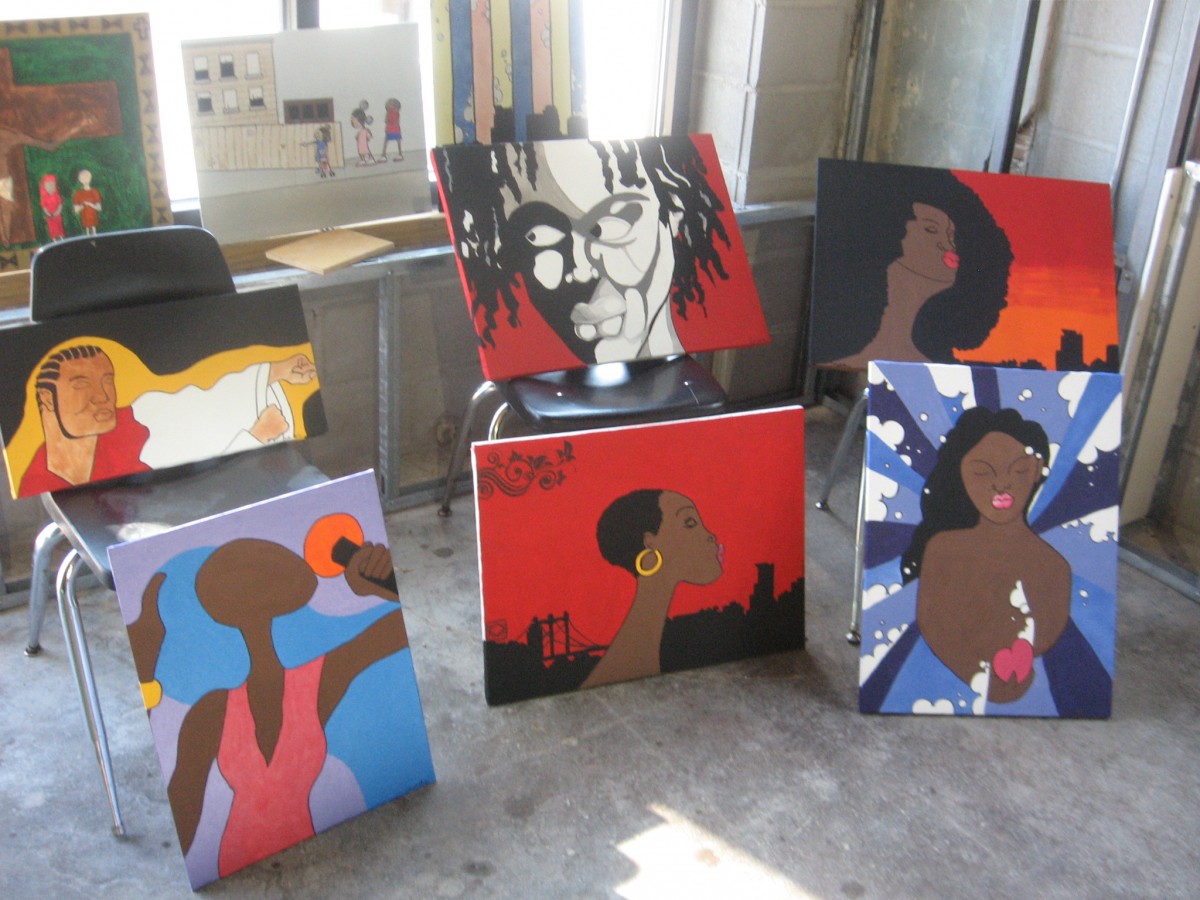 Juxtaposition, a community arts development organization—and staple contributor to FLOW—ushered guests around the neighborhood showing murals that stretched across nearby businesses, including the side of their own art studio.

“We’ve been involved from the very beginning,” said DeAnna Cummings, executive director of Juxtaposition. “On our campus we have an art pocket park, an exhibit in our gallery, mural tours, and a textile design shop where people can experience the screenprinting process in real time.”

“We visited six different murals throughout the community. We talked about young people getting the opportunity to express themselves as writers with buildings being their canvas,” said Little.

Mario Dickson-Green, academic case manager for Northside Achievement Zone, described FLOW as a day for the Northside community to come together, join hands, and enjoy each other.

Voigt agreed. She would like FLOW to serve as a lasting welcome to the area.

“The Northside can belong to the whole city and state just as Uptown, downtown, and the lakes [do], she said. “Come to the Northside and see some art.”