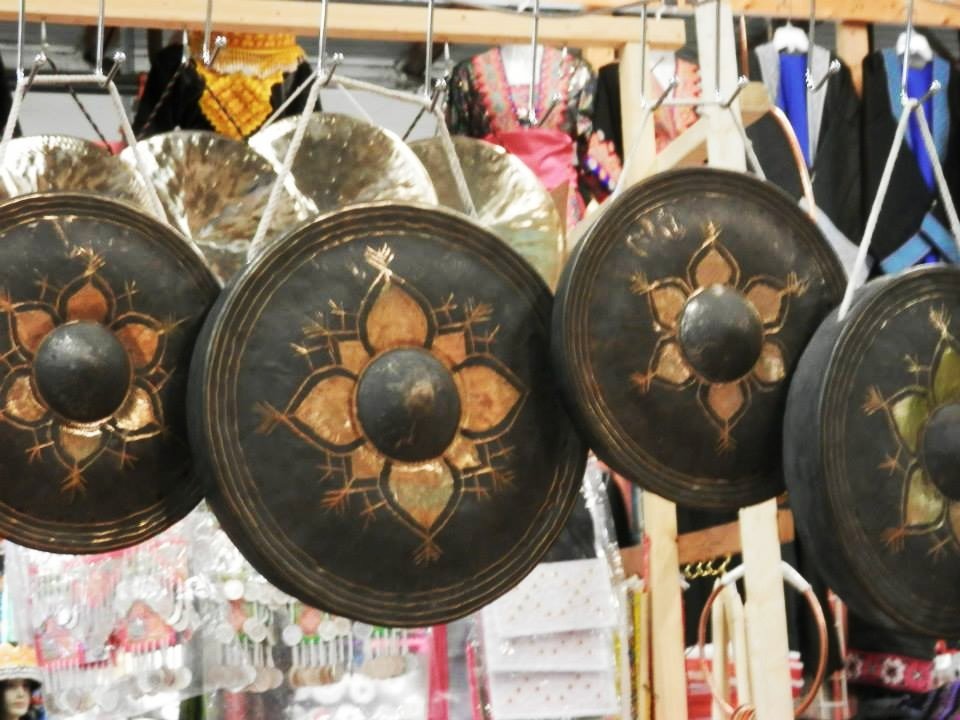 Thin line between the Hmong culture and legality, when is it cultural? When is it not?

On June 13th, authorities seized hundreds of pounds of cyanide, steroids, opiates and other mislabeled or unlabeled drugs from more than 15 vendors at a Hmong market in St. Paul. While some of the drugs were out in the open, they also found pills, syringes, and other drugs under curtains, inside baggies, and in unmarked containers. For years, the Federal Food and Drug Administration Office of Criminal Investigations (FDA-OCI) warned these vendors, but they still continued to sell these illegal drugs. Not only did this investigation make headlines in Minnesota, but the drug raid that happened at the Hmongtown Market this mid-June put into question the issue of the Hmong culture and legality in the United States.  Legality will make these kinds of situations black and white, legal or illegal, but cultural values and way of life will turn legality on it’s head. But is this issue really one that is deeply rooted in culture and lifestyle? And is it also due to communication or cultural misunderstandings between the authorities and Hmong vendors?

Some have argued that “this is the Hmong way of life” for our elders, and that they don’t know the difference between illegal or legal drugs because they are use to using these drugs back in Laos or Thailand. But these are not herbs we are talking about. These drugs are not roots, old animal remedies, or tree bark that you can boil and drink; it’s steroids, injections with syringes, and cyanide. These forms of medicine are cooked up in a science lab, not by our elders or from our cultural heritage. It’s not only dangerous medicines like cyanide or steroids, but also drugs such as penicillin, antibiotics, and even drugs like Tylenol and Bayer without the correct label or dosage for one person.

This is modern medicine for a cheap price.

It’s not about seeking the help of an elder who is a shaman to call your spirit back when you are sick and balancing that with your physician. This isn’t shamanism or even about spirituality, and it’s not cultural or religious; it’s convenient.

Thus this issue of using these drugs and deeming it as “the Hmong way of life” is not really a way of life that the Hmong community has treaded on and passed on throughout our narrative and ancestral history. If you are talking about herbal medicines, age old remedies, and shamanism as a way of life and understanding of sickness and death in the Hmong community in the context of the American legal system, then that is a story that we all as Hmong people have in common. But these illegal drugs are not bought and used because we have done so for centuries.

So, if it is not a part of culture to buy these unlabeled drugs, then why do people still buy them?

1. These medicines, pharmaceutical drugs and over the counter drugs, are much cheaper at this market than anywhere else.

2. Trust in the Hmong vendors.

The majority of the medicine that vendors sell are from Thailand or Laos, and are bought at a much lower price, which if sold in the U.S. is very profitable. You begin to wonder how these things can even get through U.S. customs, but surely as these vendors have proven…some way, somehow, it does. To save money, people will obviously buy drugs from the market vendors at a lower price than from a different store that may charge them two or three times as much.

The second piece to this is about trust, which especially focuses on the elderly in the Hmong community. Not only are these drugs priced lower, but the people that sell them are Hmong, so it is more likely that the elderly will trust them over any other person from a different race. With our tight knit community, there is no fear in buying medicine from the Hmong vendors because “we are Hmong.” And it’s not that these Hmong vendors aren’t doctors or nurses, but that these drugs don’t have labels and can be easily misused. There’s no other way to put it, but the elderly are taken advantage of and sold medicine which vendors advertise that it would improve their condition.

Aside from the cultural argument is the claim that the selling of illegal drugs in the Hmongtown Market is due to language barriers and miscommunication from the authorities to vendors. The vendors don’t understand that they can’t sell these drugs because it’s illegal; they didn’t understand the warnings that were given previously because it was in English.

This argument is an oversimplification of this situation at the Hmongtown Market, and is arguably easy to believe because of the nature of the Hmong community itself. But this is no longer about miscommunication or language barriers when the authorities have continued to warn vendors about the danger of selling illegal drugs. More importantly, this claim that since these Hmong vendors simply don’t understand English, so they don’t know if these drugs can be sold or not, leads to a lack of responsibility on behalf of the seller. The problem is that these vendors understand that selling these drugs can get them into trouble, but they do it anyways. Although that is hard to stomach that people would still continue to sell even after numerous warnings, we have to acknowledge the efforts of the FDA and other authorities that have continued to tell the owners of the market and the vendors about the selling of illegal drugs because this is certainly not the first time illegal products have been confiscated. So, if these vendors understand that they can get into trouble by selling these drugs, why do they do it anyways?

It’s not cultural, and it’s not a communication problem; this is an issue of unethical business practices, lack of strict enforcement of regulation and guidelines, and poverty.

The purpose of this article isn’t to say that the people who buy these drugs should know better, but that really they are victims. The trust that they have in those who sell these drugs and their financial situation makes them the most likely to purchase from these vendors, and the most at risk for dangerous side effects from these illegal drugs. Unfortunately, if you used these illegal drugs and you had bad health effects from it, you are less likely to report because of the fear of getting in trouble. This leaves no one responsible, and no real consequences for the sellers.

My step father actually owned a store in a market for 6-7 years; I practically grew up there with friends and family. Almost every weekend and everyday during the summer, I would help my mother sell clothes and makeup products in our store. I can honestly say that many people who own stores there have no other skills that will earn them a living wage, and so the market is their source of income, just like how it was for my family. I certainly understand the motivation to profit, but I’ve been there long enough to see the unethical business practices that happen at this market. I remember when the elderly would go and get injections from this man who owned a store in the market. He claimed that he was licensed in France to give injections which would give strength to people, and so the elderly lined up, paid him, and thought they would get better. Instead, it lead to irregular heartbeat and even an alleged death due to the injection. Nothing was done because it was illegal on both parties. These drugs can cure your headache, but can also kill someone; human life and safety outweigh the benefits of these cheap drugs.

Looking at this issue right away, we are quick to denounce this situation as a cultural misunderstanding and miscommunication, but that’s not the story here. In this case, willful ignorance permeates throughout this whole ordeal, and recognizing this aspect, rather than bringing in the issue of culture of language barriers, will lead to real changes and responsibility. In the past and even today, there are still barriers and challenges when it comes to cultural differences and lifestyle for the Hmong community in the US, but this situation cannot be quickly written off as that when it’s not. This is about the owners of the Hmongtown Market taking responsibility for this situation, and also enforcing strict regulations and guidelines for all vendors.

You see, the big picture here is about the livelihood of the vendors and also the future of the Hmongtown Market. If the market wants to stay open and grow its business, it will need to follow guidelines, take regulations and warnings seriously, and learn best business practices. Who wants to invest in a business that is at risk for police raids and criminal prosecution? If the market wants to reap the future benefits and wave of business coming its way in the next 2-3 years because of the light rail, it needs to have a trusted public reputation.

Most importantly, it needs to stay open.