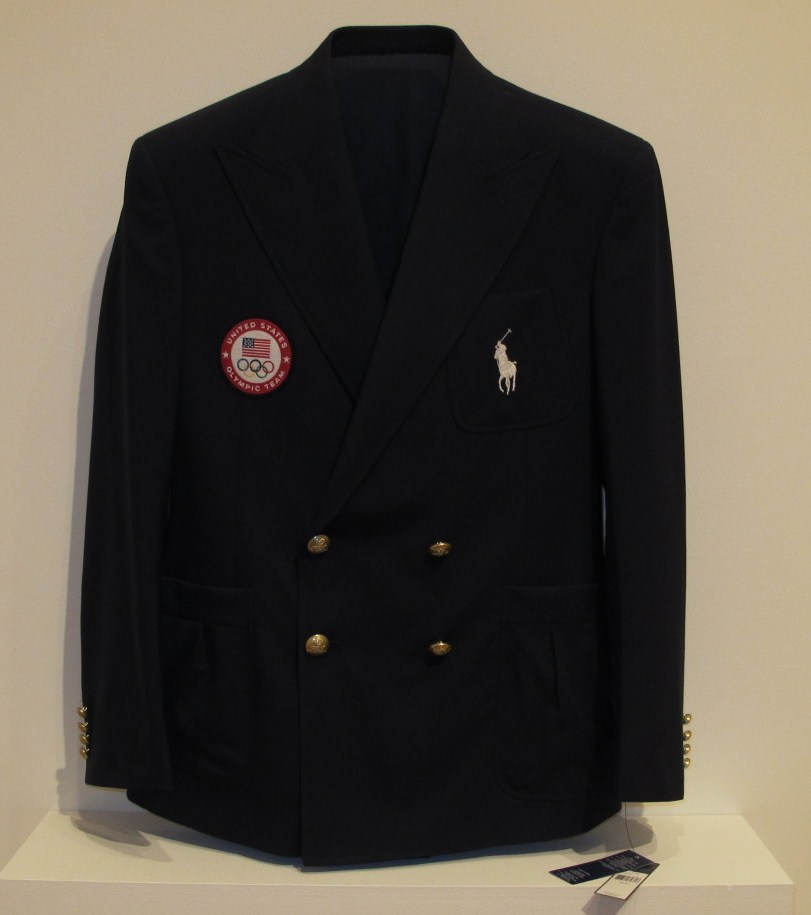 What can one say of an exhibit theme that is based on a book scholars have dismissed as culturally misinformed, propaganda, intellectually impoverished and shockingly ignorant of history?

Thomas Friedman’s The World Is Flat: A Brief History Of The Twenty-first Century is the inspiration for the eight-part exhibit, “Art in the Age of Globalization,” at the Minneapolis Institute of Arts (MIA). The exhibit deserves mild applause but, apart from being a native son, Friedman has little to recommend him as muse.

“Friedman’s understanding of culture is simplistic and sloppy,” writes anthropologist Roberto J. Gonzalez in the San Francisco Chronicle. “He relies upon analogies rather than analysis, stereotypes rather than social science, and hearsay rather than history.”

Does it matter that Friedman is the poster child for the MIA’s globalization exhibit?

Yes, for two reasons. First, the museum has an educational responsibility to the community; and second, the MIA is a brand name in the arts community, exercising considerable influence over artistic ideas. Friedman’s book may have made the New York Times’  best-seller list because it’s trendy and cleverly written, but it is full of Western cultural assumptions and questionable economics. By incorporating Friedman’s bizarre ideas into the theme of the exhibit, the MIA puts its stamp of approval on them.

As Gonzalez notes: “Friedman’s words and opinions, ill informed as they are, shape the policies of leaders around the world. Many consider him to be a sophisticated thinker and analyst—not a propagandist. It is a sobering reminder of the intellectual paralysis gripping our society today.”

We’re not in Kansas anymore

Friedman believes that globalization—the ability to “connect, compete and collaborate”—has created a flat world, a level playing field that equalizes power and opportunity. This idea apparently came to him in a flash while he was golfing in India. After noticing the 3M hat his caddy wore and the nearby Pizza Hut billboard, he concluded, “No, this definitely wasn’t Kansas. It didn’t even seem like India.” Globalization had flattened the world and practically turned India into America. Afterwards, in an emotional moment only those who have experienced truly great ideas can understand, Friedman reveals: “I returned home and shared my discovery only with my wife, and only in a whisper. ‘Honey,’ I confided, ‘I think the world is flat.’”

“It sounds compelling enough,” writes Pankaj Ghemawat, professor of business administration at Harvard Business School, “but Friedman’s assertions are simply the latest in a series of exaggerated visions that also include the ‘end of history’ and the ‘convergence of tastes.’” Put more succinctly, globalization is “just a nice name for the ability to hire cheap labor in India,” states Michael J. Sandel, professor at Harvard University.

But hiring cheap labor in India means sending American jobs overseas. By connecting the dots—something politicians and journalists rarely do—we can follow the trail from outsourcing to offshoring to domestic poverty. In fact, a mountain of data refutes Friedman’s argument that globalization has leveled the playing field. Professor Richard Florida of George Mason University concludes from the research that “Globalization has changed the economic playing field, but hasn’t leveled it.”

With the austerity crisis in Europe ripping the European Union apart, the Middle East chafing at U.S. intervention and the world economy in its worse slump since the Great Depression, Friedman’s vision of a flat world, with a level playing field for all, seems like the delusion of a millionaire dilettante who writes his best sellers between holes on the golf course and dinners at five-star restaurants. “It’s a fine strategy to sell books,” writes Ghemawat.

But not to organize a museum exhibit.

No, the world is neither flat nor fused

The MIA exhibit neutralizes the often brutal history of art objects involved in globalization. This is especially evident in the language on the wall placards, which are supposed to provide context for the exhibits.

“Faith in Motion” (Gallery 281) looks at the worldwide spread of religious artifacts, but turns the conquistadores and missionaries who decimated native cultures into benign “travelers,” who “introduced their cultures and beliefs throughout the world” and “brought home souvenirs from the distant places they visited.”

“Global Fusion, or, It’s a Flat World, After All” (Gallery 276) displays Cy Thao’s 50 magnificent canvasses of Hmong history and escape to America. These works span several continents and time periods, and, if looked at superficially, appear to illustrate a fused world. However, their poignant narrative content—and the world history of war refugees and economic migrants—directly contradicts the myth of a level playing field that provides equal opportunity for all. To paraphrase Richard Florida, war changes the playing field, but doesn’t level or equalize it.

If it’s branded, it must be art

“Outsourced” (Gallery 262) contains artworks that were outsourced—conceived or designed by “brand name” artists, but not directly produced by their hands. Among them, Takashi Murakami’s artworks were made by his factory assistants; Ralph Lauren’s 2012 Team USA double-breasted blazers were made in China; and Ai Weiwei’s commissioned “Marble Chair” is one of many carved by artisans skilled in classical design and marble carving.

This collection is supposed to illustrate Friedman’s flat-world notion of interconnectedness, in which outsourcing is a form of collaboration across geographical boundaries. Collaboration, however, implies a relationship of mutual benefit. From televisions to clothing to carpets, can we really talk about corporate outsourcing to Asian sweatshops using child labor as collaboration?

What about outsourced art? Insisting that these items are “art” because a brand-name artist conceived the idea, blinds us to what these objects have actually become—commodities in the marketplace. As Donald N. Thompson brilliantly states in his book The $12 Million Stuffed Shark, “There’s no greater proof that contemporary art is a commodity than the fact that it’s all about branding.”

The curator of “Outsourced” raises some interesting questions: Who should get credit for these objects; and, Are they real works of art if the artist didn’t make them? Fair enough, but if we think beyond the flat-world thesis, we may also want to ask: Under what working conditions are outsourced art objects actually made; and, Who benefits from their production?

Is there a common thread between outsourced art and outsourced Nikes?

Like Nikes, Coke and Pepsi, the artist’s brand name adds value, often to objects that “common” folk are too intimidated to question as art. “In the world of contemporary art, branding can substitute for critical judgment,” notes Thompson, and can send prices into the stratosphere. Ralph Lauren’s “made in China” blazers, for example, retail for about $795 (men’s) and $598 (women’s). Robert J.S. Ross of the LA Times writes, “Chinese apparel workers earn, officially, somewhere between 93 cents to just over $1 an hour.”

Branding also procures cultural, as well as financial capital. Weiwei’s chairs in the series have sold for around $100,000. When Rachel Cooke from The Observer interviewed Weiwei in 2008, her translator gushed: “He’s like the king….And we will be like…the servants. The people who work for him, they’re like his servants, too. If he doesn’t want a drink, no one gets one.”

If, in business, outsourcing is done to maximize profits, what’s the rationale in art?

The real face of globalization

“Global Migrations and the Landscape” (Galleries 277, 278, 279) stands above the rest of this exhibit. Curated by Elizabeth Armstrong and David Little, the photographs in this section challenge Friedman’s myopic notion of globalization, and the wall placards dare to mention ugly phrases like “people displaced from their homelands” and “laborers working under oppressive conditions.”

Edward Curtis’ “Bow River—Blackfoot” symbolizes the main problem with the term  “globalization.” Like the photo, the term is an “aesthetic simulation,” a phrase the curators use to refer to how Curtis’ staged shots provided a romanticized image of Native Americans, who by this time “had been brutally massacred, betrayed by governmental treaties, and relocated to inferior and isolated reservations.” I would add that “globalization” is both aesthetic and anesthetic; the term not only “prettifies” an ugly process, but its semantic neutrality anesthetizes those who benefit from the process but never feel its consequences.

“Global Migrations and the Landscape” cuts through the globalization hype with stunning photography, including the wrenching shot of immigrants in Alfred Stieglitz’s “The Steerage”; the inhumane working conditions depicted in Sebastiao Salgado’s “Serra Pelada Gold Mine, Brazil”; the disappearance of buildings and people in the face of modernization portrayed in Sze Tsung Leong’s “Suzhou Creek, Putuo District, Shanghai.”

In another medium, Francis J. Yellow’s acrylic, “Minnesota Nice Oyakepelo, ‘They Say Minnesota Nice,’” recounts the hanging of 38 Dakota men and the forcible removal of the Dakota people from Minnesota to South Dakota in 1862. These galleries alone are worth a visit.

Despite its flaws, the exhibit has some bright spots. For pure pleasure, end your tour in Gallery 275, “Regeneration.” Among the fascinating artworks made entirely from recycled material are Nick Cave’s “Soundsuit” and Yuji Honobori’s “Eleven-headed Kannon,” a life-sized statue of the Buddha fabricated from pieces of cardboard.

“Art in the Age of Globalization” will run through July 28, 2013 in the Target Wing of the MIA.

The exhibition is free. Visit the website for more information.

Janet Contursi has been a freelance writer for more than 23 years. She writes an art column for Southside Pride and art blogs for the Examiner and TC Daily Planet. Visit her ArtsMinnesota website and follow ArtsMinnesota on Facebook.