I know this sounds ridiculous: to love the speed by which one can get across town. Big deal, right? Yes. It is. You have no idea. Prior to moving to Saint Paul in 2008, I lived in Seattle, a city with an enormous and ever-worsening traffic problem. Zillions of people are constantly moving into Seattle and clogging up the roads in the process. Seattle blew it on transportation by failing to either build enough roads and mass-transit options when it was early enough or, alternately, build enough enormous walls to keep people from moving there. Now it’s too late.

But in Saint Paul. O, Saint Paul! I can get from my house to my office downtown in six minutes. Using Google Maps, I can see that someplace is ten minutes away, and I get there in eight. This means I have control over the events of my life and I know what will happen to me in the course of my day.

Please understand that this is not how things work in other major American metropolitan areas. In places like San Francisco, Chicago, Los Angeles, Seattle, or Dallas, people can get in a car to cross a city and have no earthly idea when they’ll arrive at their ­destination.

Still, I hear traffic reports on the radio here about slight congestions on Interstate 94 or the Crosstown Highway, sometimes up to a few minutes. “Ha!” I shout whenever I hear those reports. It’s highly cathartic.

Before coming here, I was used to a pretty fast-paced life. I worked in dot-coms in Seattle in the late 1990s. I was in a rock band during the Grunge scare of the early ’90s. I know frenetic. So I was nervous to move to the Upper Midwest—what if everything was slow, deliberative, and based on watching crops grow? I didn’t even own overalls. 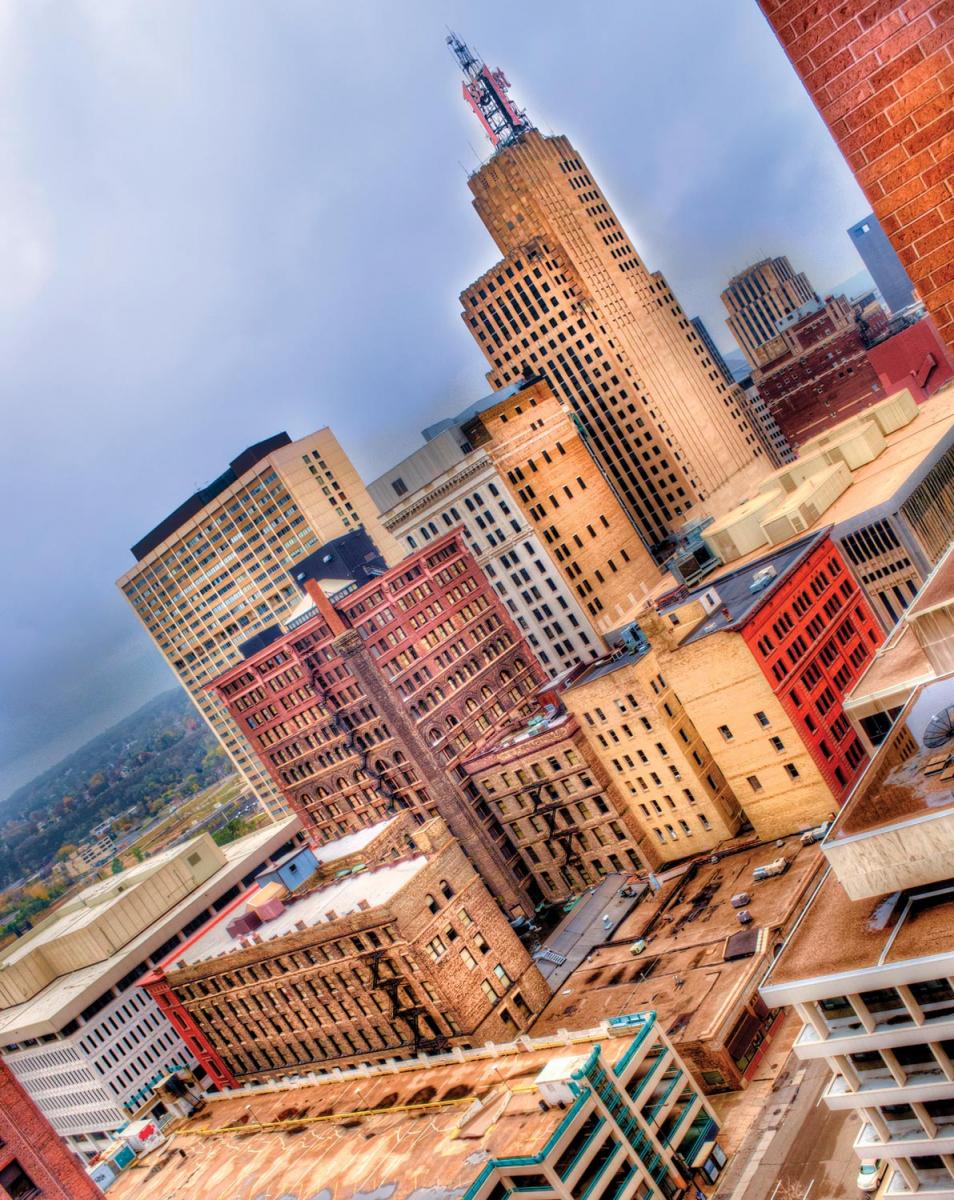 But Saint Paul! O, Saint Paul! In Saint Paul one has time to actually conduct a conversation, but not so much time that the conversation runs aground. One can enjoy the moment but still have another destination to get to at some point.

I learned this in a coffee shop soon after moving here, when I ­realized that the person in front of me had completed her transaction with the barista but had not completed her conversation about snow and whether or not we were about to get more. Because Saint Paul has medium pacing, this meant the chat was not to be rushed along but would conclude eventually. Which it did. Eventually.

In Seattle, my house was on a fault line. For real: The fault line ran literally underneath my house. For my wife, this meant constant panic that “The Big One” was about to arrive. For me, a native Northwesterner, it meant the following rationale: I haven’t been killed by an earthquake yet; therefore I never will be. Our lives of terror (hers) and stupidity (mine) were inadvisable and, honestly, no way to live.

But in Saint Paul! O, Saint Paul! Everything stays put. And not just seismically. The people stay put too. The tectonic plates of human events don’t leave people adrift like human Pangea chunks. “Oh, I’m not from here,” said one of my new neighbors when I first moved here, “I grew up in Mendota Heights.” What did she do, walk?

I have noticed that plenty of Saint Paul kids do move away for college and a while after but return when it’s time to get married, have kids, and settle down. If you’ll pardon my Washington state metaphor, they’re like salmon: venturing out into the world, returning home to spawn and die.

4. The Otherness of Not Being Minneapolis

I’m not interested in the argument about which Twin City is better. I love them both. But Saint Paul is smaller and gets less attention, and is therefore odder and more interesting. Saint Paul is Garfunkel. Saint Paul is Oates. Saint Paul is DJ Jazzy Jeff to Minneapolis’s Fresh Prince.

When I knew my family was moving to the Twin Cities, I instantly wanted to live in Saint Paul, even though I knew very little about either city. It just seemed inherently more comedic to live in the smaller place. Especially because it’s the capital of The Land of Ten Billion Lakes and the whole city has just six lakes—only two of which I’ve ever heard of, and I’ve lived here five years. Come on, that’s hilarious.

5. The Incomprehensibility of City Planning

In Seattle, I lived on 45th Avenue. I grew up on 299th Place. In my section of Saint Paul, nothing has a number. Saint Paul is a vast grid of named streets with no discernible logic or order to it. So all you need to do is memorize the order of every street everywhere and you’re fine. This frustrates Minneapolitans and out-of-town visitors to no end, thereby lowering the chances that they’ll move here and clog up the streets with more traffic. It’s the perfect ­system.

John Moe is the host of Wits, a national public radio show based in Saint Paul. Noted for skimming “the cream off a few decades of local and ­national indie scenes,” the show features writers, comedians, and musicians. John has brought such guests as Fred Willard, Rosanne Cash, Martha Wainwright, and Julia Sweeney to the historic Fitzgerald Theater. A widely published author as well as a reporter, he lives in Saint Paul with his family.