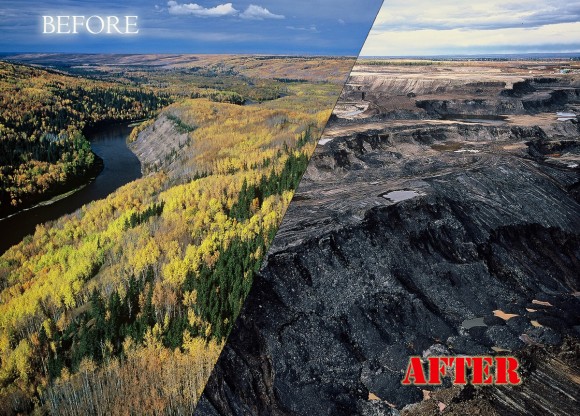 The text of the Valentine’s Day card couldn’t have been a surprise to the energy infrastructure company, however, since TransCanada appears to have created the language in SF 479.

Writing for The Center for Media and Democracy’s PRWatch, Brendan Fischer reports in Four States Introduce Keystone XL Resolutions, Lifting Language from ALEC and TransCanada Itself:

Legislators in four states have introduced bills in recent weeks supporting the controversial TransCanada Keystone XL pipeline, with language that appears to have been lifted directly from a “model” American Legislative Exchange Council (ALEC) bill and from TransCanada’s own public relations talking points.

Some of the first bills proposed in Missouri, Mississippi, Michigan and Minnesota in 2013 have been resolutions calling on the president and Congress to approve the Keystone XL oil pipeline, which the Obama administration delayed last year in response to a wave of protest and civil disobedience. Environmentalists oppose the pipeline because extracting oil from Canadian tar sands would unlock huge amounts of carbon, increasing the greenhouse gas emissions that contribute to climate change. Rallies are planned for [last] weekend to hold President Obama to his promise to fight climate change by urging him to not approve Keystone XL’s pipeline application.

Several hundred Minnesotans traveled by train and bus to the rally in Washington D.C.

None of the five senators–two of whom are serving their first term–are known to be (American Legislative Exchange Council) ALEC members. According to Fischer’s article, the Minnesotans are among those who appear to be lifting corporate language:

Legislators in Mississippi, Minnesota, and Michigan also introduced legislation in recent weeks supporting the Keystone XL pipeline. The thrust of the resolutions are largely the same as the ALEC model, but the language deviates from the ALEC bill approved in December 2012. However, each state’s proposed resolution is identical to the other states — which certainly seems more than coincidence.

It is not known whether ALEC has been pushing an updated version of ALEC model legislation, but the language in these state resolutions can be traced back directly to TransCanada, the corporation that has been pushing the pipeline for years. Entire paragraphs from the Mississippi, Minnesota, and Michigan resolutions are nearly identical to public relations spin produced by TransCanada and posted as a “backgrounder” on its website. Check out these paragraphs in the Mississippi, Minnesota, and Michigan legislation, and compare the language from TransCanada’s “backgrounder:”

This identical language cannot be a coincidence. But it is further proof that some legislators are doing the bidding of corporate interests rather than the people that elected them.

TransCanada doesn’t employ a lobbyist in Minnesota, so determining where Minnesota’s Tar Sands 5 picked up this piece of paper is guesswork. Bluestem’s guess is the American Petroleum Institute.

Read the rest of the article to learn about ALEC and TransCanada’s comfortable relationships with state legislators.

As Bluestem noted in Inspired by ALEC bill? Beard, Draz & Franson hating on MN renewable energy standards, Ingebrigtsen is the author of the senate companion bill. Mike Beard (R-Shakopee) and Steve Drazkowski (R-Mazeppa) are ALEC members. Ingebrigtsen isn’t known to be a member, but he and Mary Franson (R-Alexandria likely carried the bill because Otter Tail Power is located in their districts.

Franson is not a member. Recently, the anonymous raving paranoiac who blogs Because I Can accused Franson of being an ALEC member because the Alexandria lawmaker’s campaign report listed a hotel expense for one night’s stay at roughly the time ALEC held a three-day meeting at a different hotel convention center in DC.

Contacted via email, Franson said that she is not an ALEC member, noting that she had attended an education reform conference. That would be the two-day Excellence in Action: National Summit on Education one sponsored by the Foundation for Education Excellence. To curb such nitwit flights of fantasy in the future, Franson should ask her treasurer to list the name of the conference and give her critics a better focus for their spleen.

Photo: Before and after tar sand oil extraction, Alberta,Canada. (Via Wisconsin Sierra Club)