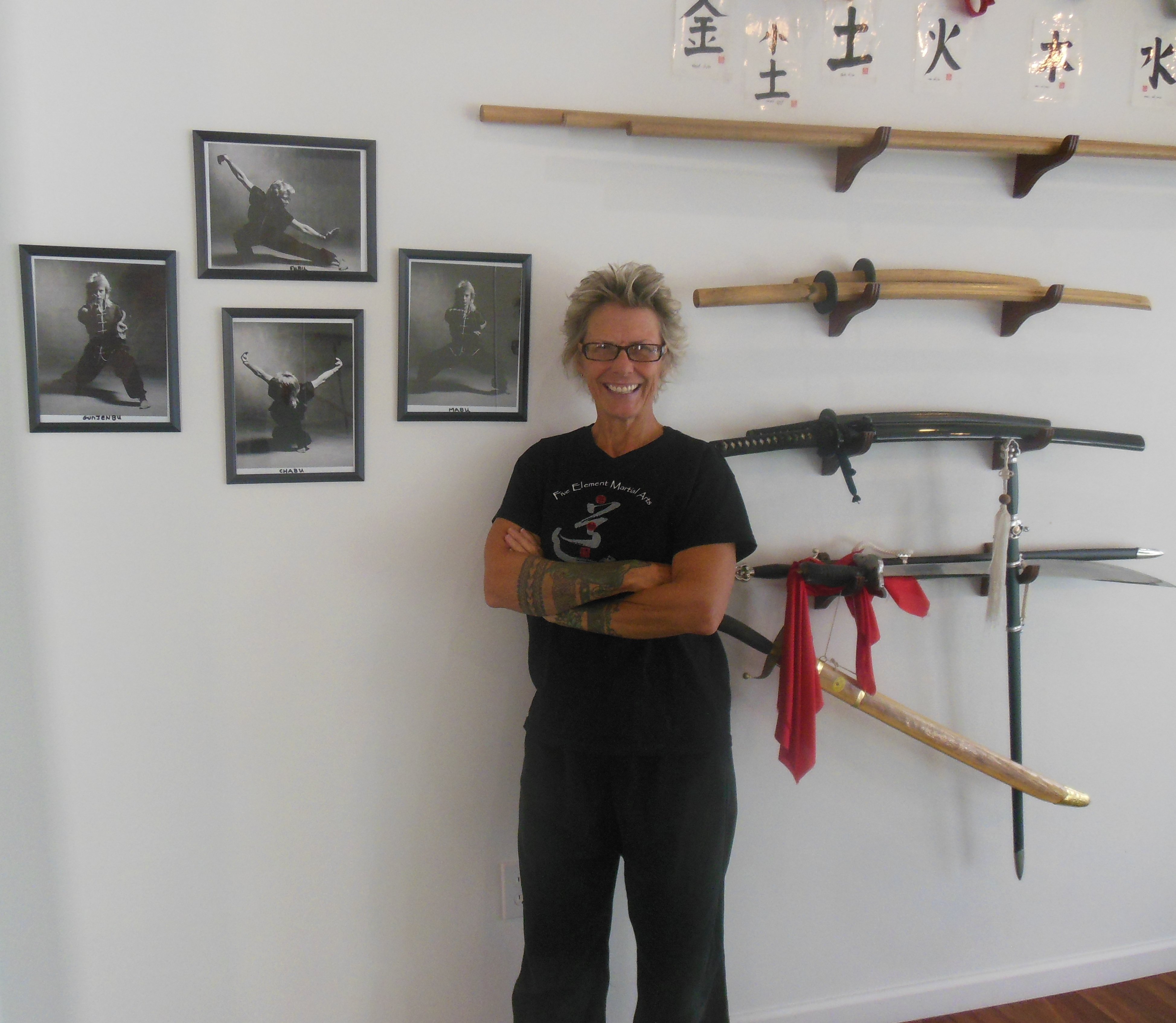 Five Elements Martial Arts (FEMA) is a nonprofit educational organization “dedicated to the empowerment of all people through martial arts, wellness, personal safety, and self-defense training,” located at 3749 Cedar Ave. S. since 2012. FEMA, which operates under the leadership of Shifu (Sensei) Koré Grate, will celebrate its 25th anniversary in 2014. Koré holds multiple black belts (the highest level of mastery achievable) and is part of several regional and national organizations that promote the empowerment of all people, especially women, through martial arts.

When she moved to Minnesota in 1988, Koré had already been practicing several forms of martial arts in California for 17 years. Her teacher had been Dr. Alex Feng, a Taoist priest and acupuncturist, who emphasizes healing and spirituality. She had also studied with feminist groups, dedicated to training women. In Minnesota, Koré was surprised to find no feminist schools for martial arts. All the schools were run by men, and all of the practices were about strength and striking, with little or no emphasis on spirituality and wholeness. At a conference of her peers, Koré asked for someone to start a school for women, and the group responded that perhaps she was just the right person for the job.

At the time, Koré was not yet a black belt. She requested a black belt from her teacher in California and, with the resources available to her, began Feminist Eclectic Martial Arts (also FEMA) at Matthews Recreation Center on 28th Ave. The program caught on quickly; Koré’s teacher granted her a black belt five years after FEMA got started.

When FEMA began, it offered instruction by women and for women. As the organization grew, instruction opened up to older and younger girls. Eventually, FEMA moved into Patrick’s Cabaret on Minnehaha Ave. It stayed in Patrick’s until the cabaret was remodeled, which forced Koré to look for a new space. On her drive to Patrick’s, she found the current space on Cedar Ave., which had been a hair salon and a bar in its past lives. The space has been converted and now features a beautiful practice area.

The move to Cedar Ave. also brought other changes. The program for children had grown, and Koré and her teachers decided it was time to take on boys and families. When the doors opened in 2012, the name had changed to Five Elements Martial Arts. This new name reflects Koré Grate’s approach. She trains in the basic elements of martial arts, which form a foundation for many different disciplines and spiritual practices. Classes are offered in Qigong, a slow movement style of martial arts, and in Iaido, a Japanese sword art. Varied levels of classes and special seminars are offered.

Koré would especially like you to know about the family class on Wednesday nights. This class is designed to be an activity and an ongoing practice for the whole family and allows parents and children to spend dedicated time together. There are dressing rooms for men, women, and transgender people. The lower level of FEMA’s building includes an area for younger children to play in while their parents participate in classes. Tuition is on a sliding scale, ranging from $45 to $120 per month, which helps all people have access to classes and training. Classes are held every night except Thursday and Sunday.

FEMA also offers a unique three-part seminar called The Five Fingers of Self- Defense and Empowerment, open to women, girls, boys, and vulnerable men. Many self-defense classes offer instruction in how to fight, but the FEMA seminar emphasizes empowerment and strategies for before and after confrontation. The seminar is offered on three Monday evenings three times a year. The next seminar will be July 14, 21, and 28. The cost is $100 per person.

For more information about classes, or to preregister online, visit www.femamartialarts.org. You can also call 729-7233 or find FEMA on Facebook.