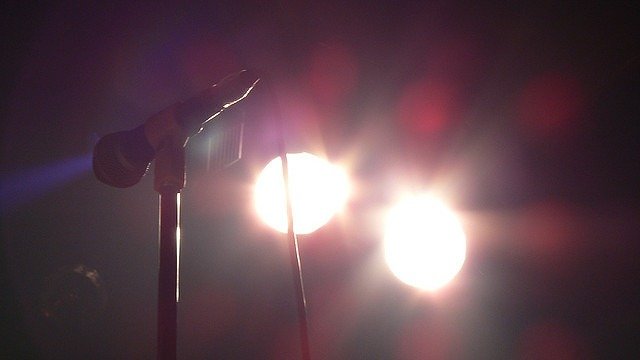 Photo by Carla de Souza Campos, via Flickr. This photo is licensed under the Creative Commons Attribution-ShareAlike 2.0 Generic License.

With confidence I can stand behind the statement that Minnesota has some of the best hip-hop artists in the world.

From our Grammy winning super producers such as Rahki (Kendrick Lamar, Eminem) to the scores of b-boys and girls crisscrossing the globe competing in breakdance battles, to world class DJs in both radio and the club (Mashwell Brothas, King Otto, Smoke-Dee, Willie Shu) and more we are full of talent. The list of talent goes on for days and cannot be contained in this small amount of space.

Despite having some of the best hip-hop on the planet, few voices are given the platform that accurately represents the entirety of the music scene. The “5 for” series will celebrate artists that have a lot promise in the upcoming year.

While still a student in high school, Kaleem the Dream has a rapidly increasing buzz. His recent single, “Hunger for Life,” which contains a heavy sample from Sade, has racked up a massive 8,000-plus listens on Soundcloud in the few months since its release. On 89.3 The Current’s “Critics’ Picks” edition Kaleem was selected as an “Artist to Watch” in 2015.

Kaleem has MCing running through his blood. The son of Nick “Mastermind” Muhammad, Dream has grown up around music all of his life. Raised on healthy diet of Black culture, Kaleem weaves a wise perspective through his outstanding wordplay.

You can listen to Kaleem the Dream’s music online at www.soundcloud.com/kaleemthedream.

Amber “Sweetz P” Hill was born in Chicago but relocated to Minnesota. What would you expect when you combine the speed and grit of the Windy City with the cold and independent mindset of the Gopher State? You’d expect bars … lyrical bars.

In 2013 Sweetz P emerged out of nowhere with the smash hit “Impressive” featuring Gary, Indiana’s Freddie Gibbs. The video has racked up an impressive 105,000-plus views so far. Her recently released album, “Life Behind Barrrs,” which includes the lead single of the same title was selected for MTV rotation. Top secret tracks with the likes of 2 Chainz and Rick Ross has Sweetz on the road to putting the trademark Liferrrs out on a global scale.

Minnesota has been passive-aggressively searching for an MC with hard rhymes and mainstream appeal. Unapologetically representing his Brooklyn Park roots, That Guy Soda represents the next generation of MCs hailing from all points on the map. Often downplayed because of its location, Brooklyn Park is home to many gentrified (Minneapolis) Northsiders and a large African community. That environment bred a very promising prospect for 2015. In the vein of fly rap like Wiz Khalifa, That Guy Soda is the definition of cool.

That Guy Soda is a strong manifestation of the independent hustle. No stranger to social media, Soda has amassed respectable 21,900 Twitter followers (for those who don’t understand the scale of that number most Minnesota MCs selling out rooms in town have half that number). Soda has hundreds of thousands of views on YouTube. He’s released three mixtapes on DatPiff and his most recent project, “Brooklyn Park LP” has pulled thousands of views on Soundcloud.

Witty, intelligent and raw are the first three words that come to mind when trying to describe the next pick. Releasing his first EP, “The Coliseum” in 2012, Southside Minneapolis MC Nazeem has been making a name for himself in the Twin Cities and beyond. He has a standout verse on “Children of the Corn” from the new classic independent hip-hop release by Muja Messiah (also his father), the LP, “God Kissed It the Devil Missed It.” Nazeem also has a feature on Atmosphere’s “Southsider’s Remix.”

Nazeem has been pushing forward with a promising future in music. He took the stage in Austin for the SXSW MN Hip-Hop Showcase in March. He was also featured on Sound Verite’s “New Space” project this past July.

Check out his track “If I Die Tonight” atwww.soundcloud.com/blackjon66/nazeem-if-i-die-tonite.

The Northside of Minneapolis may have birthed one of the most promising groups in Minnesota for 2015. Uniquely different members, Broderick “B-Rod” Williams, Koo Keem, Macky Dave, L.A. Slick and Shaq Daddy quietly released the “Empire X” mixtape in February on DatPiff. Empire X’s sound is everything but quiet. The music is blaring with synths and horns, against a backdrop of triplet hi-hats and snares.

There’s not a lot of information available online but the crew has been making a name for itself in the streets with high energy performances at venues such as Ras Lounge. Though the new mixtape features some found industry beats, MC/producer Williams has been teaching production for years with Freedom School. As far as emceeing goes, hearing Koo Keem rhyme will leave listeners with their jaws dropped. Definitely check them out this year.