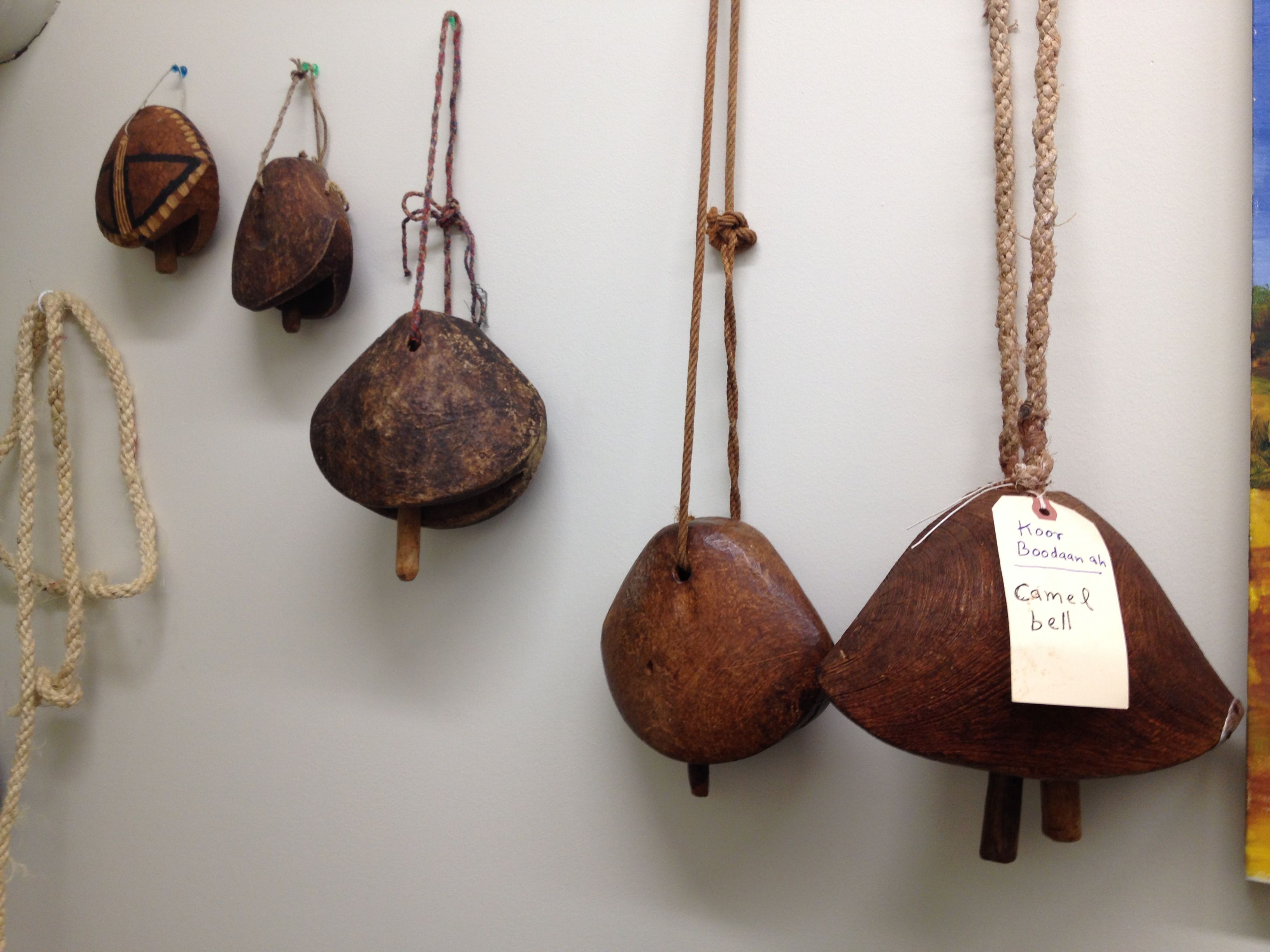 “The smallest, troublemaker camel wears the smallest bell — as a herder, you can hear this camel when she runs off into the bush causing trouble, and you can find her to bring her back to the herd. The biggest bell goes on the lead camel — the old, tamer camel knows the way home …” [Exhibit label]

Who gets the big camel bell is just one of many questions answered at the new Somali Artifact and Cultural Museum, which opened this weekend in Minneapolis at Plaza Verde (1516 East Lake Street). The museum is the only Somali museum in the United States, and perhaps in the world. As its website explains:

The world’s only Somali Cultural History Museum used to be in Mogadishu.  In the last 20 years, that museum’s contents have been scattered across East Africa and the world.  Now, with the blessing of the government of Somalia, the first Somali Artifact and Culture Museum in North America is opening in Minneapolis.

Osman Ali, the museum’s founder and chief collector, is an established Minneapolis businessman and Somali community leader.  Driven by a personal passion, Osman has been collecting artifacts for years, and now possesses a collection of more than 700 pieces.

Osman Ali said he hopes that many school groups will come for field trips — they can call to make arrangements for discounted admission and scheduling.

Exhibits in several rooms range from drums to dresses, from camel milk containers to photographs of Mogadishu. A “war section” includes bows, arrows, swords and clubs, and an explanation of poison tip arrows. Another exhibit features traditional leather shoes and bags and cobbler tools. Descriptive labels and explanations for most exhibits are in Somali and English.

CORRECTION 10/22: According to Outreach Director Sarah Larsson, the museum is currently open only by appointment. Call 612-234-1625 or email somalimuseum.mn@gmail.com to make an appointment.