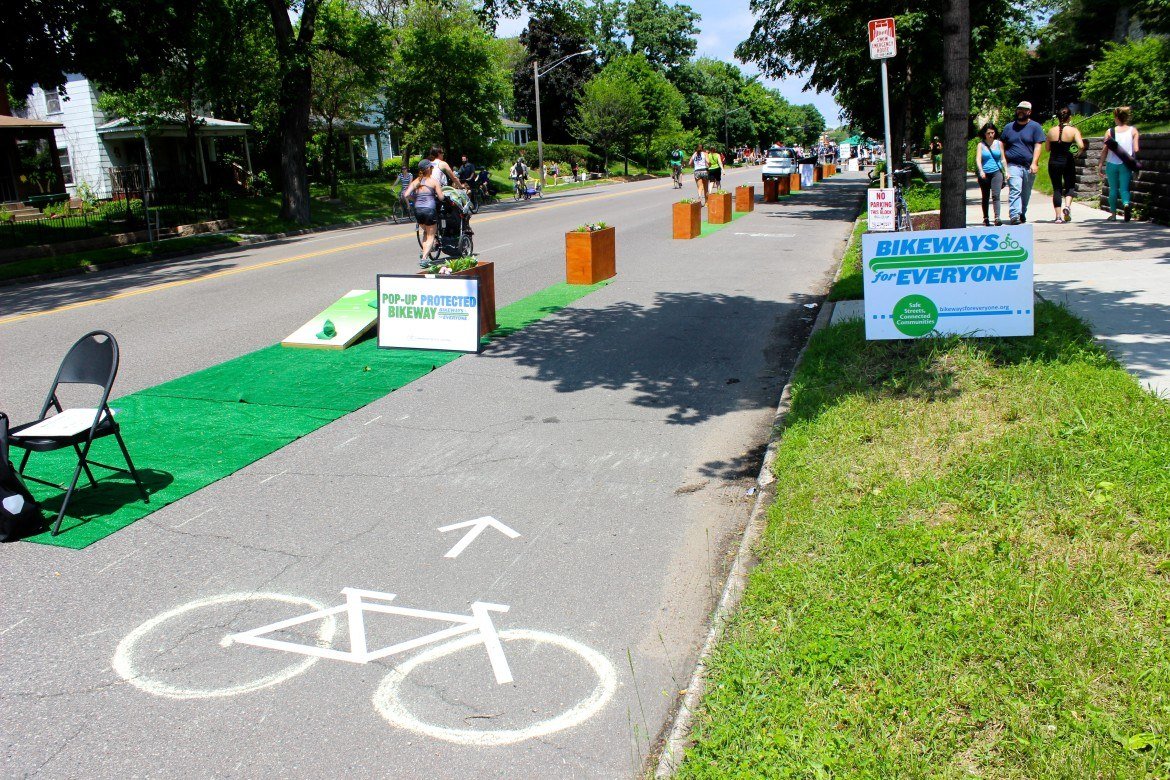 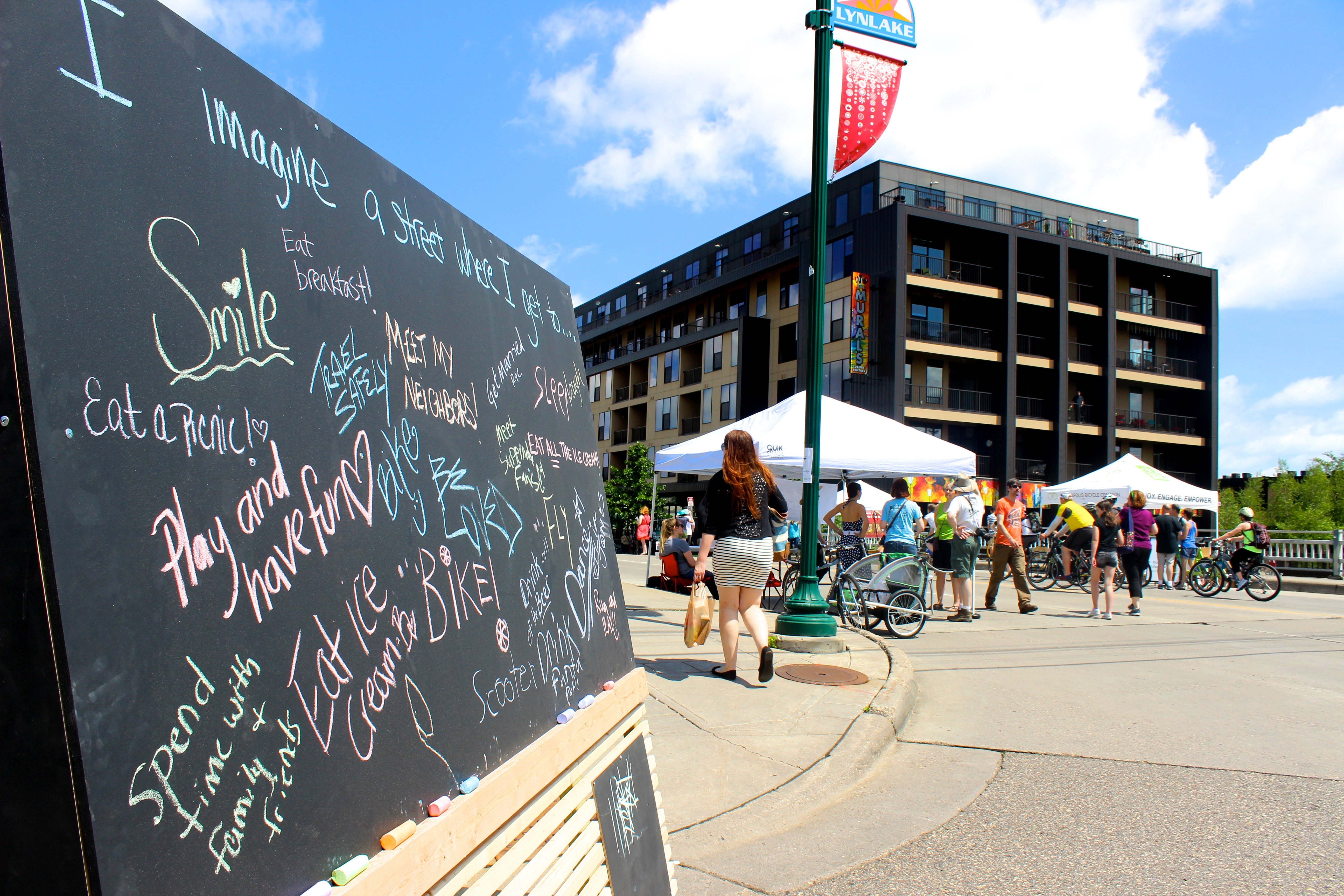 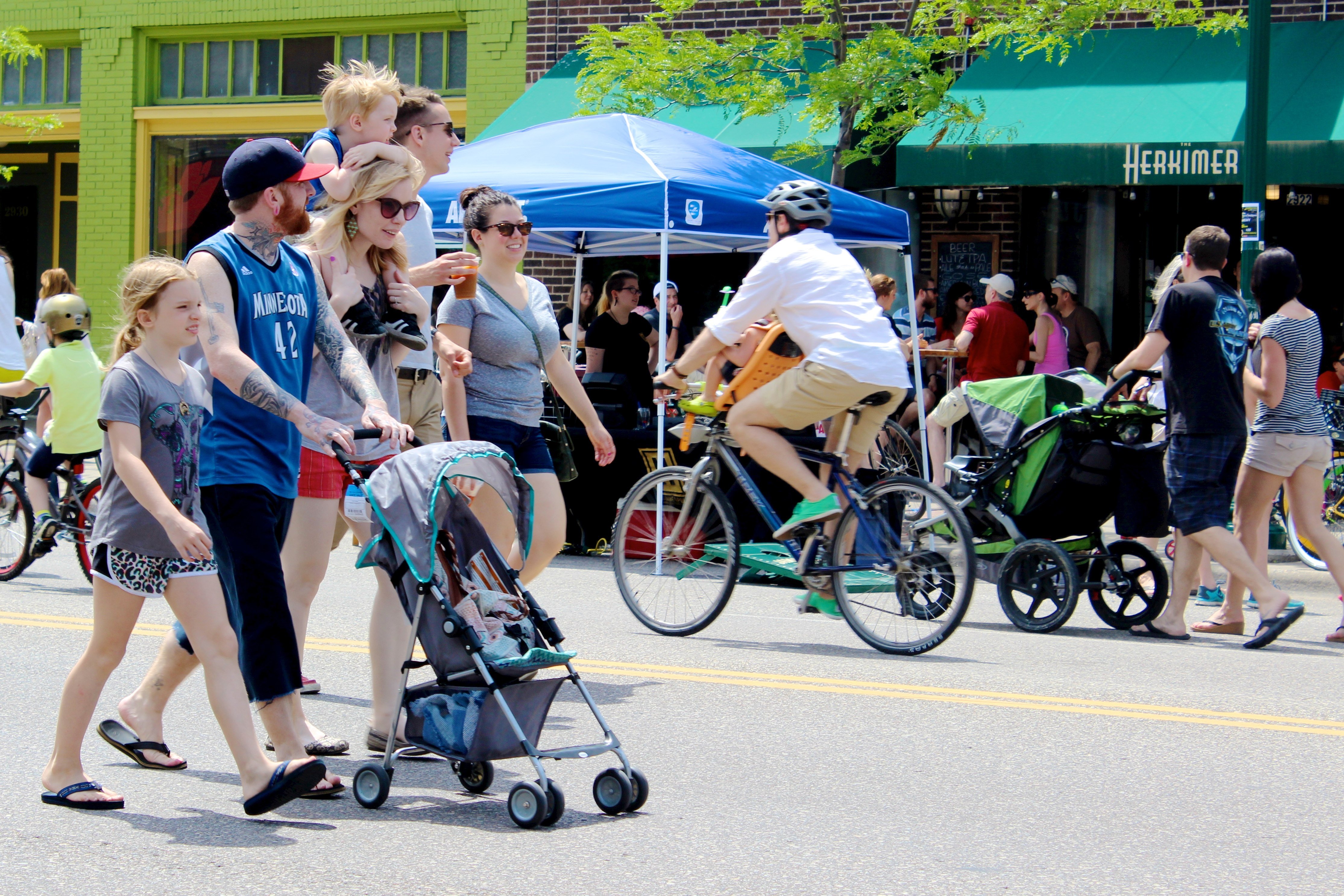 Families got to explore Lyndale Avenue by foot, strollers, and bikes 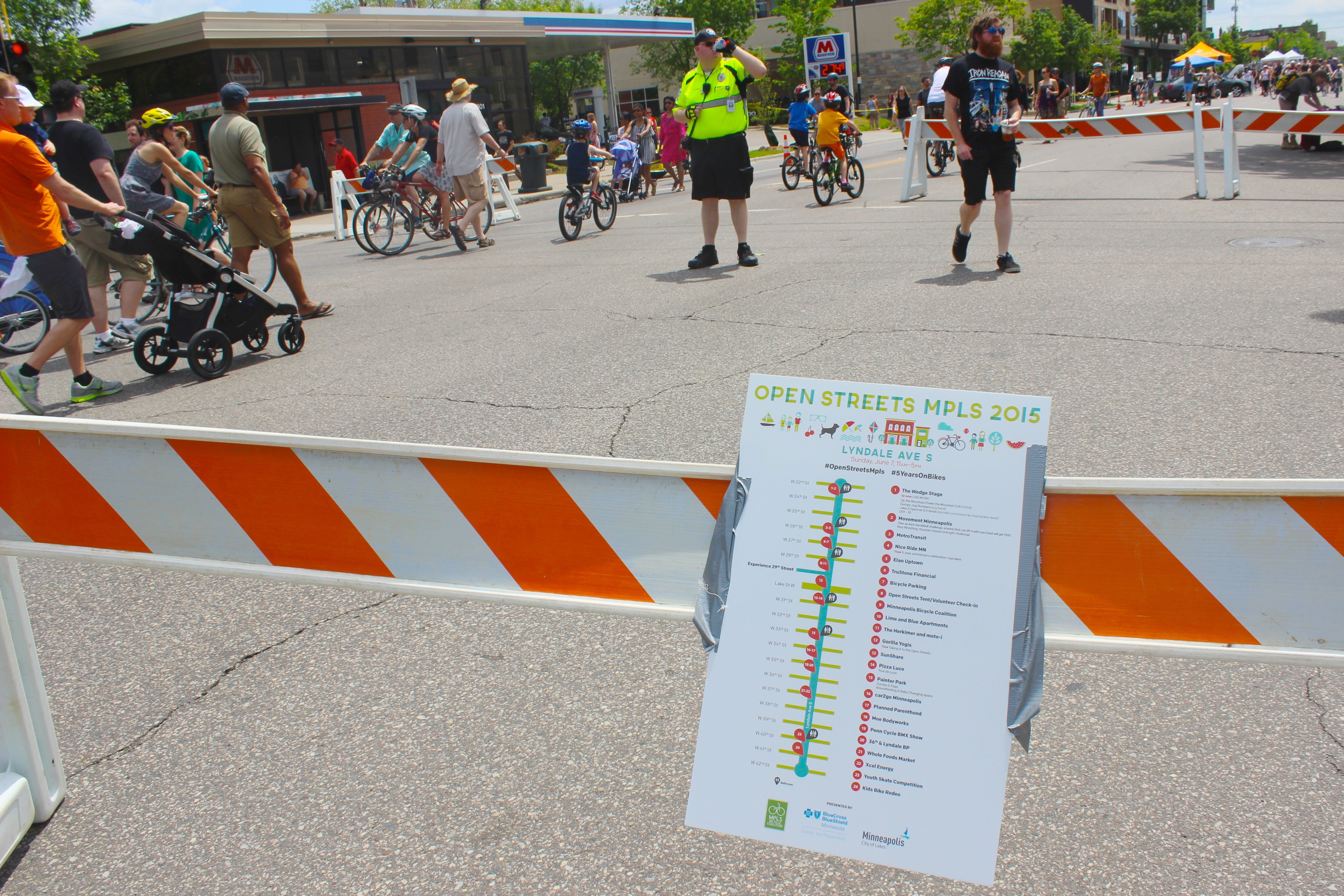 A map of attractions along Lyndale Avenue 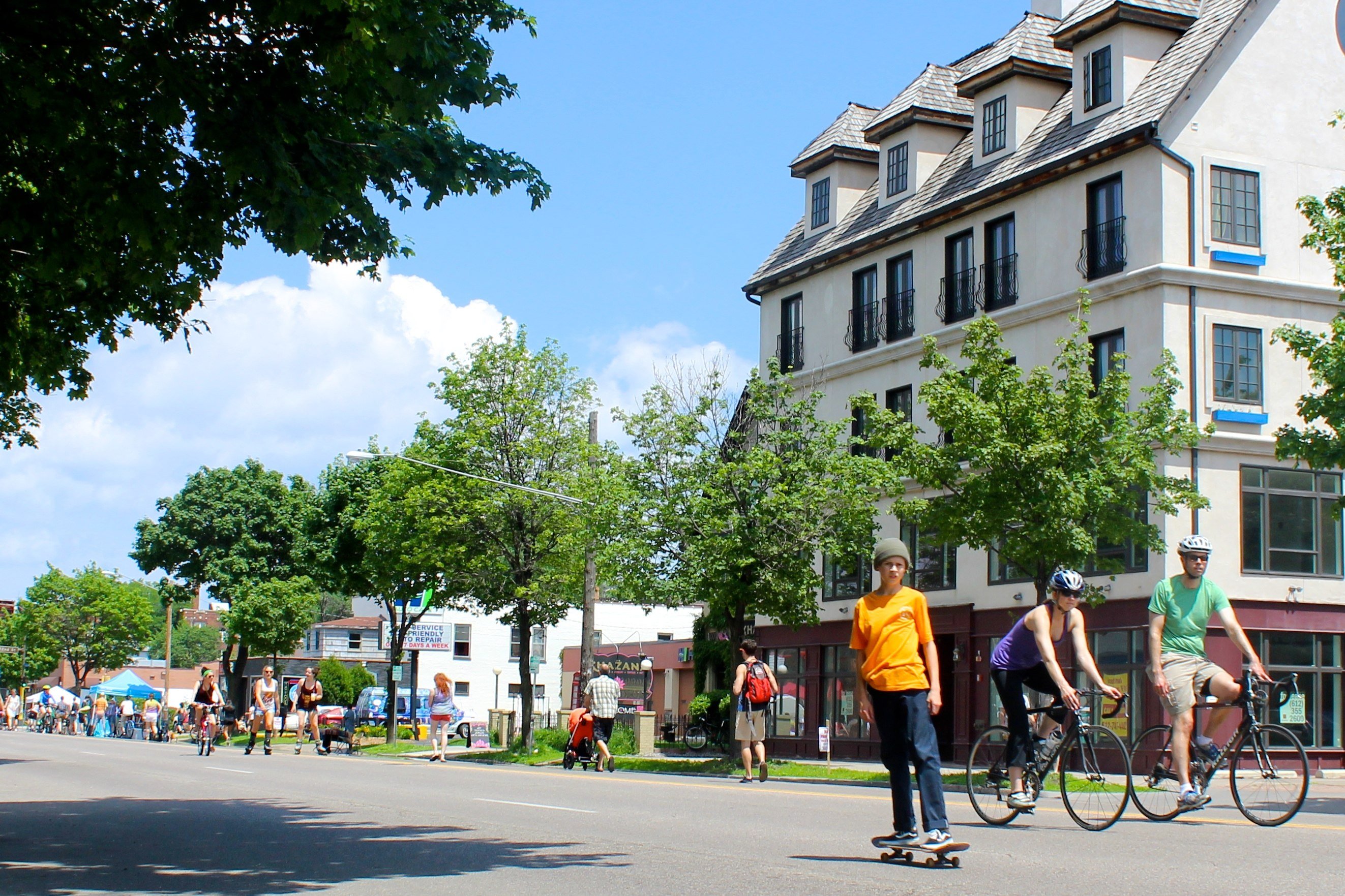 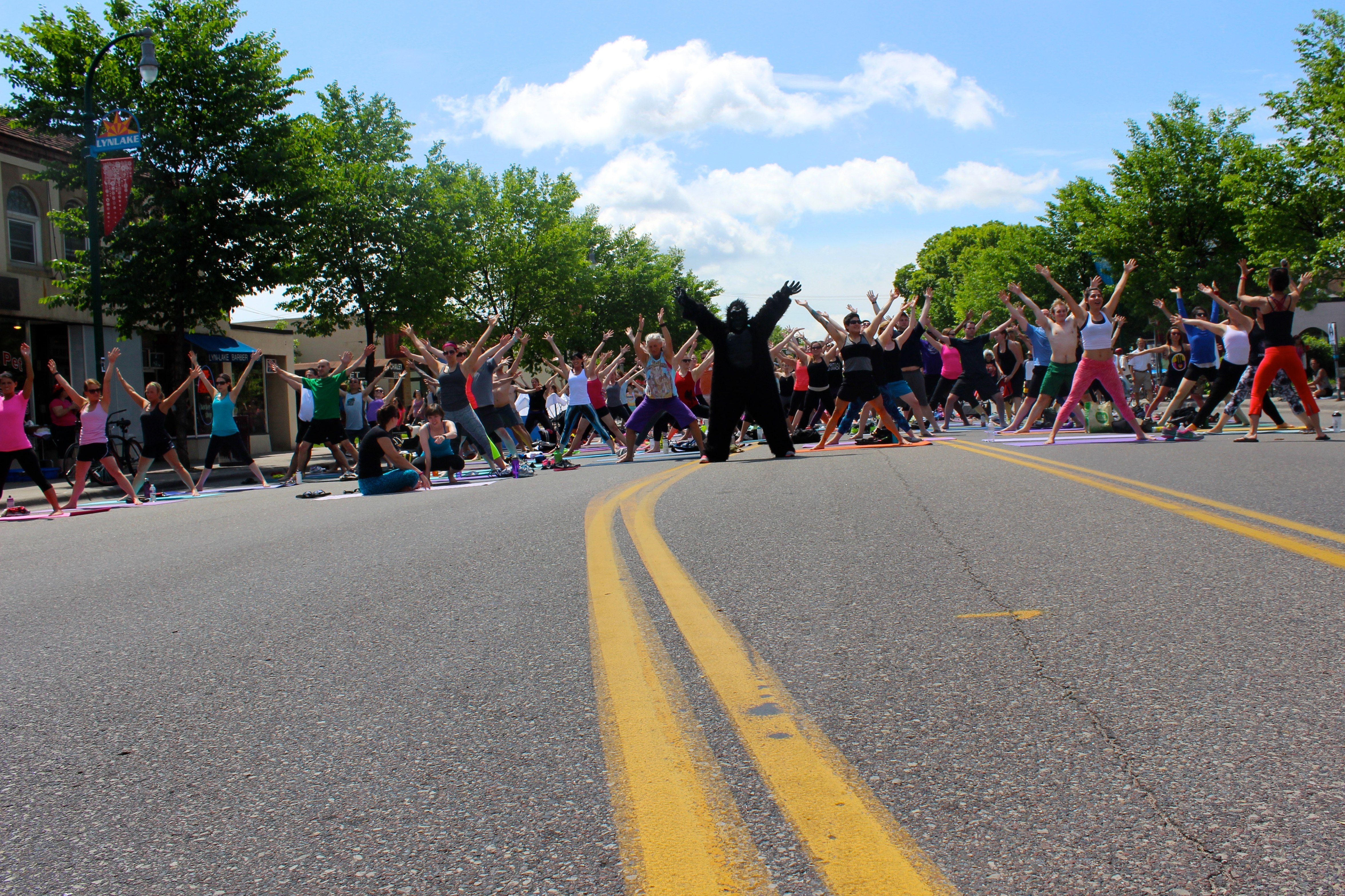 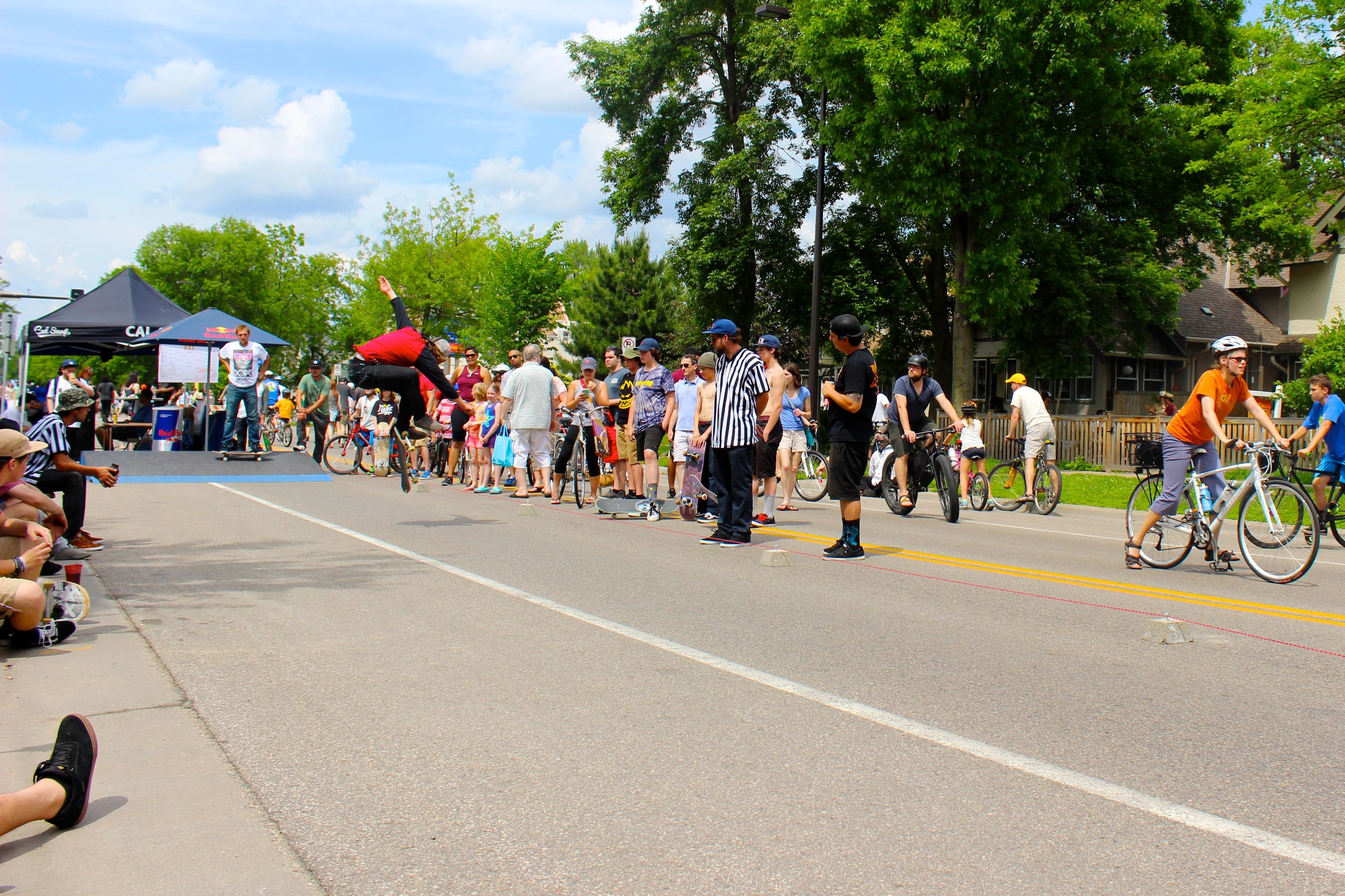 A youth skateboard competition occurred on Lyndale and 40th 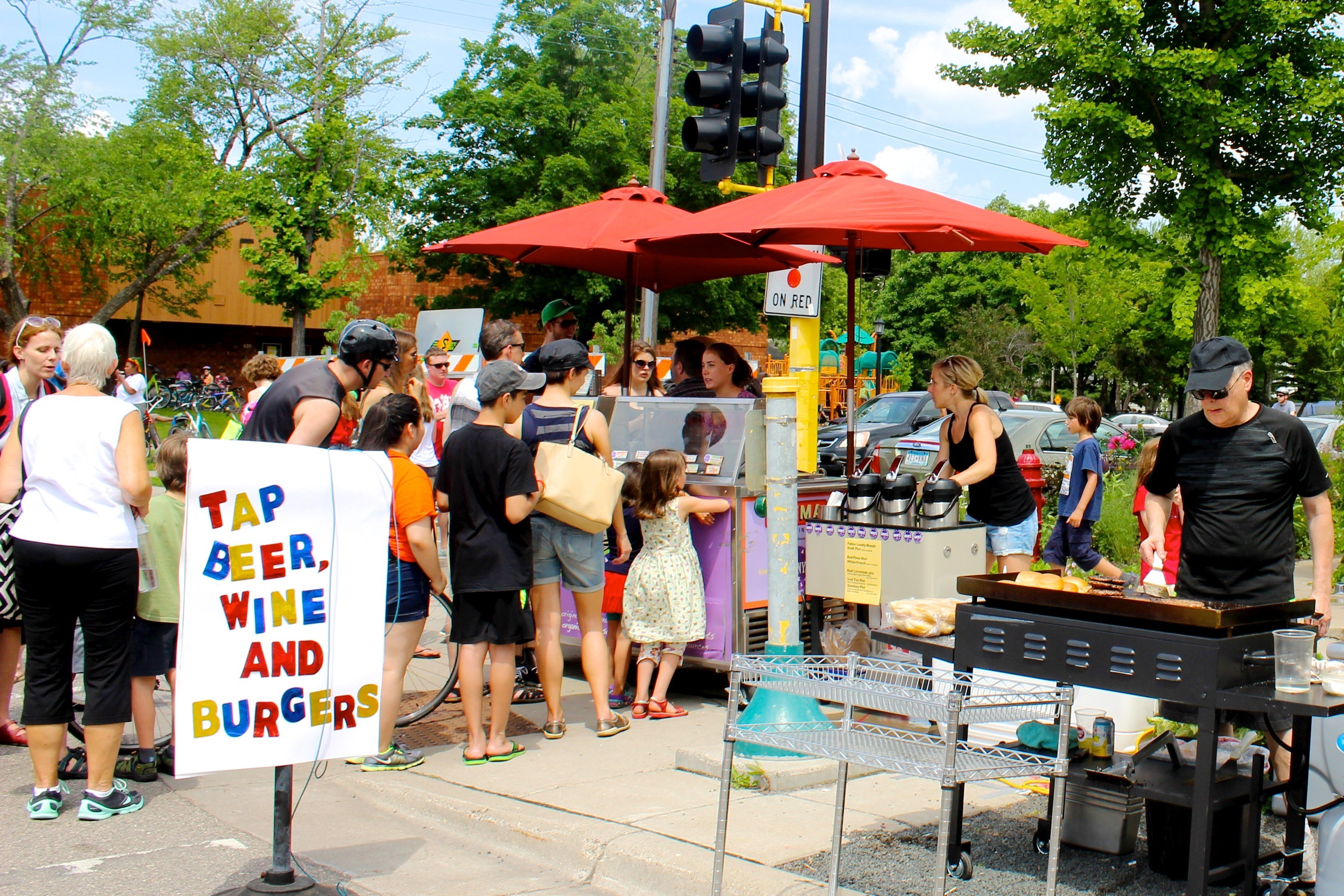 Restaurants and bars had special deals and outdoor stations 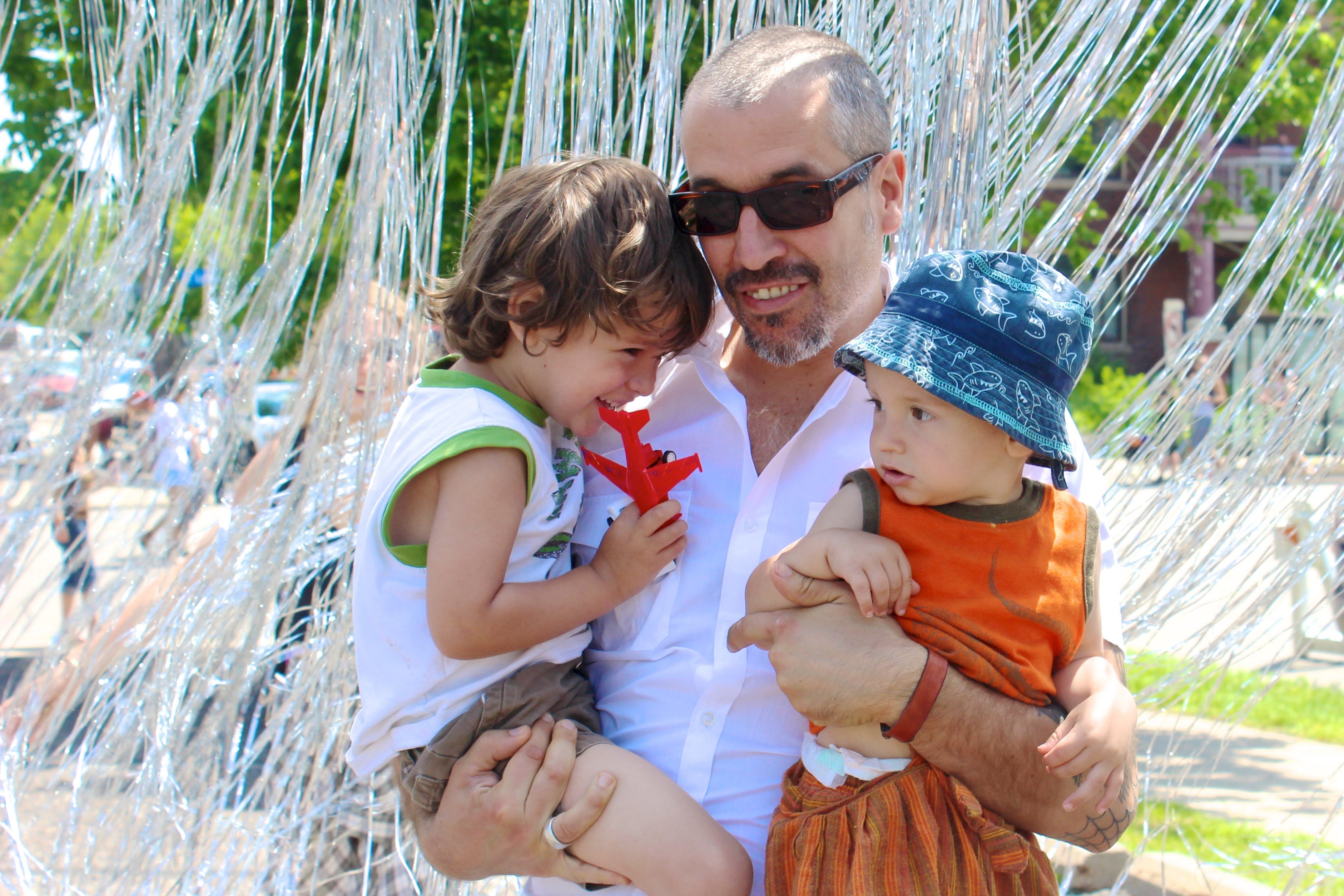 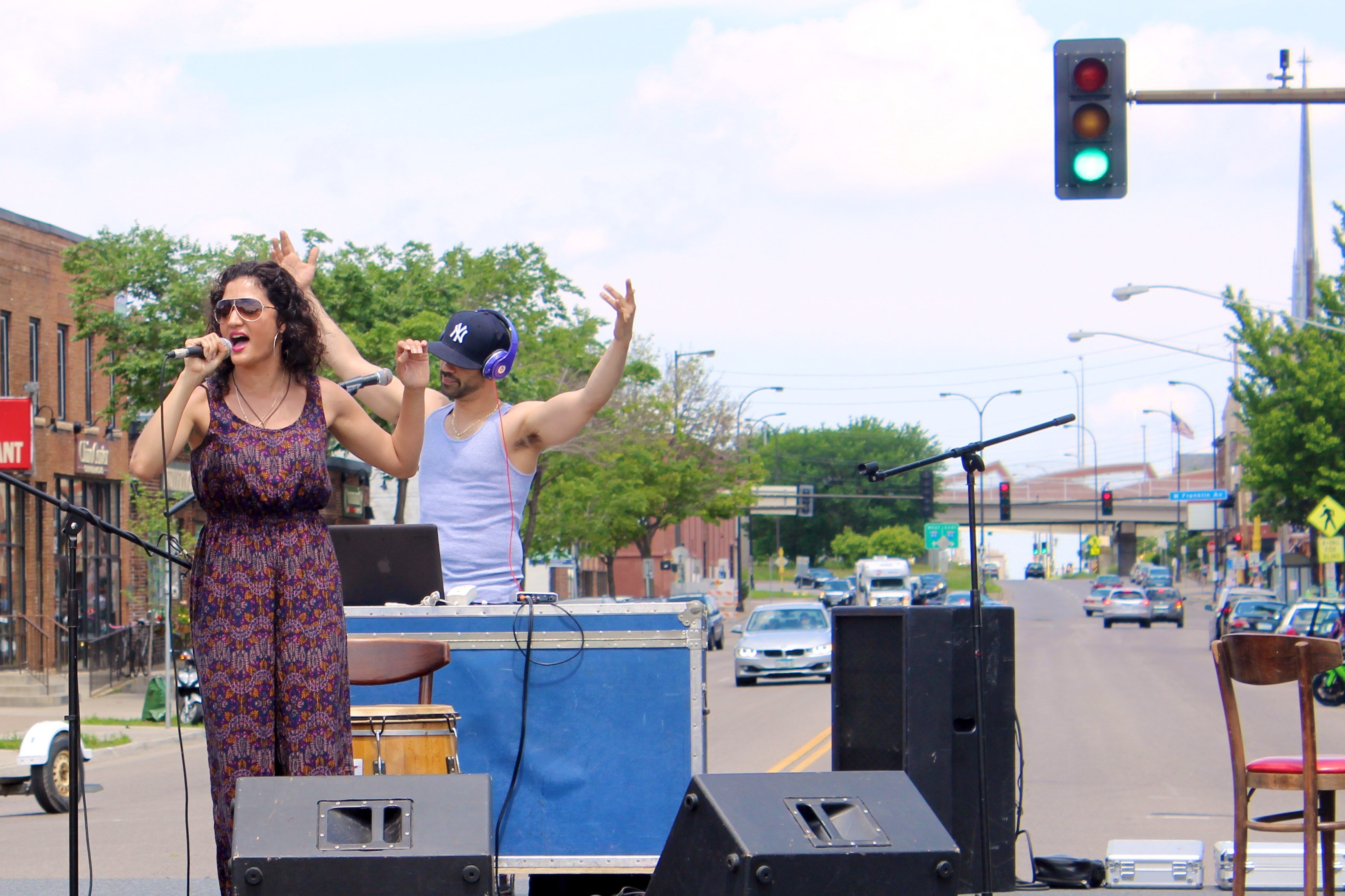 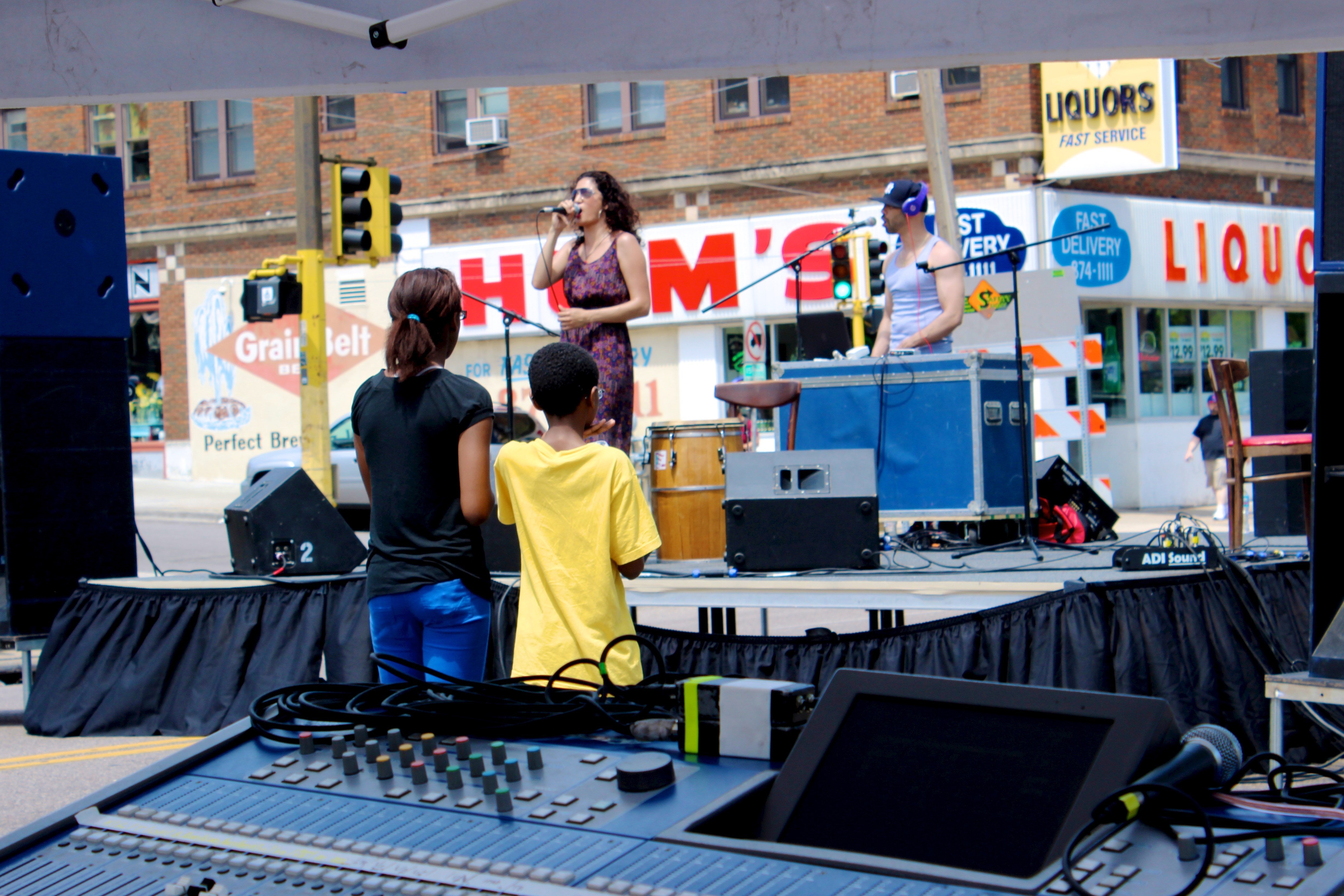 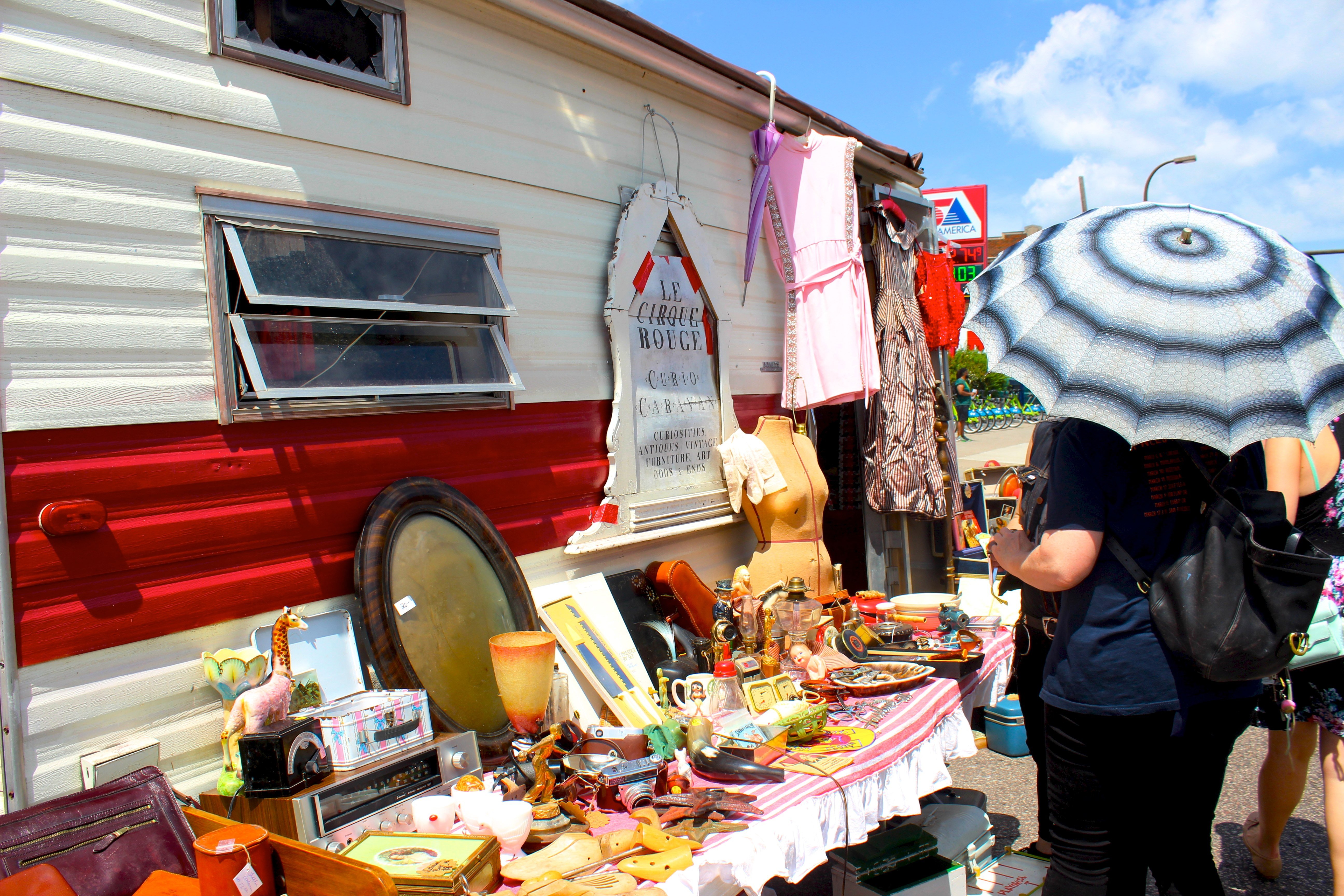 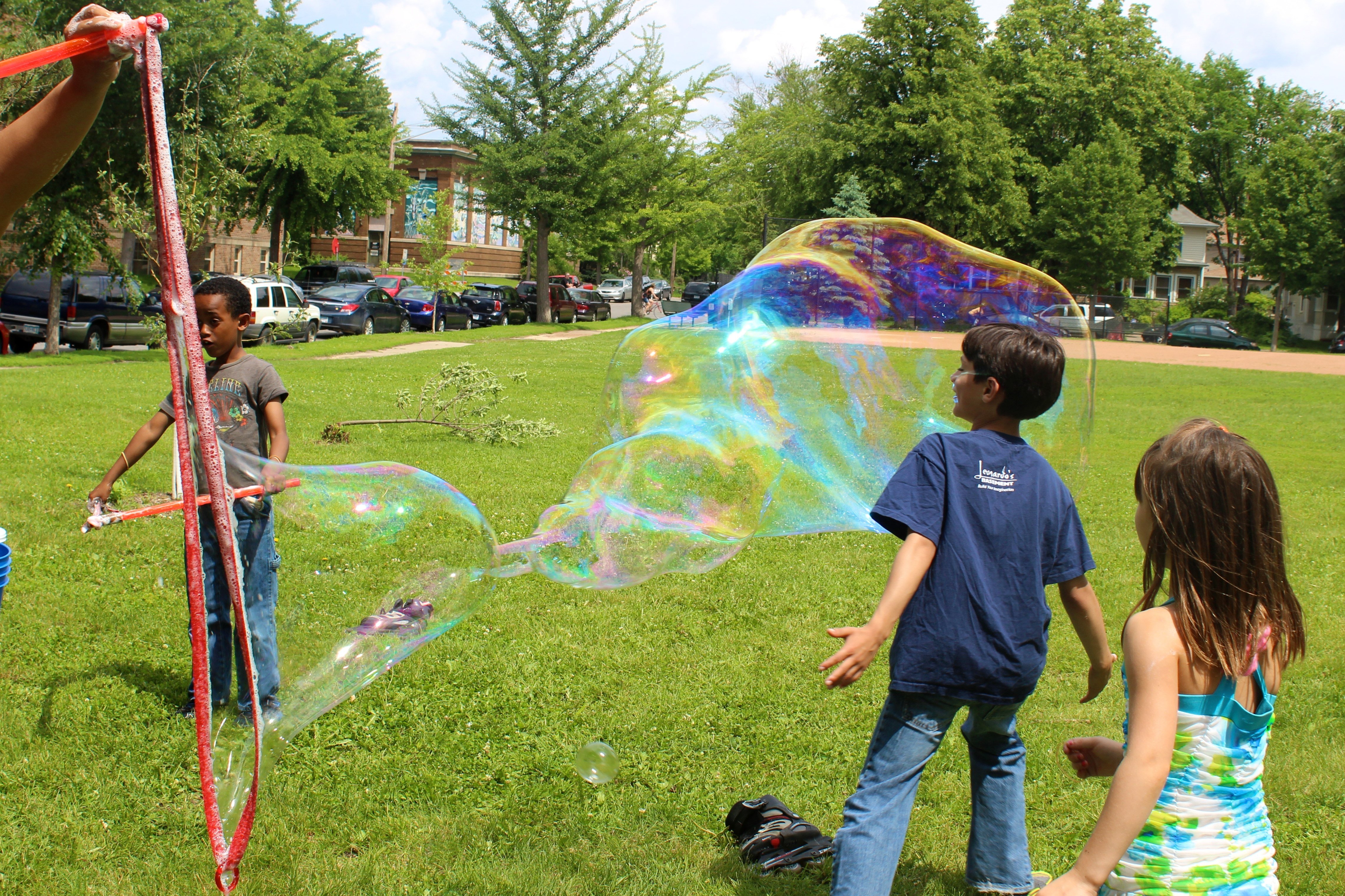 "The Baron of Bubble" set up a station at Painter Park

The pavement of Lyndale Avenue was packed with bikes, skateboards, rollerblades, strollers, wheelchairs, and feet of all ages this Sunday during the first Open Streets Minneapolis event of the year.

Open Streets Minneapolis, hosted by the Minneapolis Bicycle Coalition and started in 2011, is an annual event in which sections of roads are closed to motorized vehicles and open to pedestrians, bikers, and anyone else who wants to experience their streets without a car. “The goal of Open Streets is to create space and provide an opportunity to show how you can do your street differently, how you can use your street differently,” said Ginny Herman, the events coordinator of the Minneapolis Bicycle Coalition. She added that it is also a place for community engagement and a way find out what kinds of improvements the community wants.

Further, Open Streets is a platform for local businesses. Stores, galleries, restaurants, and bars along Lyndale Avenue had special deals and outdoor stations during the event. According to Ethan Fawley, executive director of the Minneapolis Bicycle Coalition, between seventy and eighty percent of businesses that are typically open on Sundays report higher business than normal, and some even report record business, during Open Streets events.

The Lyndale event also included activities along the avenue for people of all ages, including art projects, games, music stages featuring local artists, BMX and skateboard competitions, a bouncy house, and a pop-up theater.

Out of the eight Open Streets events this summer, Lyndale is the oldest (it is the only one to run all five years), longest (it stretched 20 blocks, between 22nd and 42nd streets), and is expected to have the highest attendance (between fifteen and twenty thousand participants).

However, there is still much for bikers and walkers to look forward to this summer. There will be events along East Lake Street, downtown, and at the University of Minnesota for the first time this year, and the first ever loop event will take place in northeast Minneapolis.

“Every neighborhood, every part of the city is going to have an Open Street event,” said Fawley. “So certainly you can come and experience a part of town you haven’t experienced before, but you also can find it in your neighborhood.”

Check out Open Streets’ website to find a schedule of this summer’s events or to sign up to volunteer at an event.