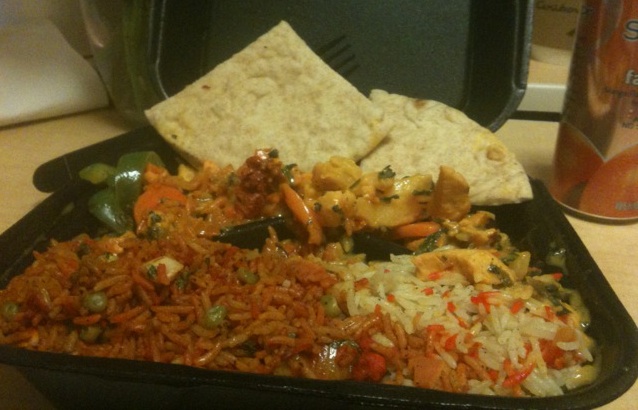 Just got home from a six-day stay at Abbott Northwestern Hospital. This is a bit off-topic for a food blog, but let me say that I was deeply impressed by the quality of the care I got from everybody who took care of me – thanks to nurses Vanessa, Amanda, Rick and docs Tor and Brian – and everybody else. If you ever decide to have a medical emergency, this is definitely the place to go.

There is something deeply karmic about having my gallbladder removed by surgeon Tor Aasheim – in the 80s, his parents Tor and Christine Aasheim ran one of the best restaurants in the Twin Cities, La Tortue in Butler Square. Back then, I relished sticking my fork in their foie gras*; a generation later their progeny got to stick his knife in my innards. Dr. Aasheim did a beautiful carving job – the whole procedure was done laparoscopically, and the incisions are downright artistic. With a little more training, this guy could be deboning Dover sole at tableside.

(*actually, I don’t remember what was on the menu, but it was a very good restaurant…)

For the first couple of days of my séjour at Abbott Northwestern, gastronomy was a non-issue—I was on a liquid diet, and the most exciting choice on the room service menu was thinned-out cream of mushroom soup. But when I got back to solid food, this became a serious matter. I tried one dinner entree, the meatloaf with mashed potatoes and gravy, which was basically a TV dinner, and a couple of breakfast items. Suffice it to say that if the Elysee Palace ever finds out what the kitchen at Abbott is labeling “French Toast,” we could have a really ugly diplomatic incident on our hands.

Luckily, my beautiful and loving wife Carol, who understands my every need, immediately grasped the gravity of the situation. She went to a couple of my favorite nearby restaurants and brought back great meals. I don’t think she played the sympathy card, but when Jamal Hashi at Safari Express in the Midtown Global Market (connected to Abbott by Skyway) found out that I was in the hospital, he created a special combo plate of chicken biryani and chicken curry (delicious – see photo).

And Tammy Wong at Rainbow Chinese sent along a special black jelly with curative powers, along with the salt and pepper fried squid, seafood chow fun and taro cake with scrambled egg—all superb. Also some dried luo han guo, a medicinal fruit that is supposed to be good for diabetes, chronic cough, and constipation due to old age. No photo available of the Rainbow Chinese dishes, because as soon as Carol arrived with the goodies, we tore open the package and devoured them.