Fifty years have passed since the 1960’s civil rights struggles that sought to open opportunities for all. Unfortunately, where you are born and raised still matters greatly if your idea of the “American dream” is to rise out of poverty. 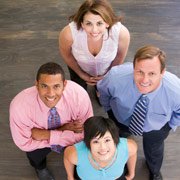 Those are the findings of a new statistical study by Harvard University and University of California Berkeley economic researchers that affixes probability rates across the county for chances of escaping poverty.

Twin Cities area children raised in households where parents have less than $25,000 in annual income, or the bottom 20 percent of U.S. household income, have a nine percent chance of moving above $107,000 in annual income as they mature, joining the ranks of the nation’s top 20 percent, according to the data base assembled by Harvard’s Raj Chetty and Nathaniel Hendren and Berkeley’s Patrick Kline and Emmanuel Saez, and their colleagues.

Alex Olssen, responding for the researchers, said the “Minneapolis” identified in the study is the 12-county area around the Twin Cities, including Pierce and St. Croix counties in Wisconsin, that comprise one of 741 “commuting zones” around U.S. metro areas.

Falling in between the top areas for upward mobility in Minnesota and the Twin Cities are Rochester, Mankato, International Falls, Brainerd, Pine City, Austin, Bemidji and Duluth. Anomalies in the use of commuting zone designations have Milbank, S.D., included as a area center for western Minnesota counties while Worthington – a significant commuting destination in southwest Minnesota, is considered part of the Sioux Falls, S.D. commuting zone.

In national comparisons, Atlanta has the most locked-in poverty. Only 4 percent of children move from the bottom to the top 20 percent cohorts for incomes, with Detroit, Cleveland and Cincinnati only slightly better with 5 percent odds for such upwards mobility.

The Harvard-Berkeley economists show what is. Now, researchers, community leaders, parents and public policy makers need to jump in, exploring why these conditions remain, how they might be changed, and perhaps even identify logical goals for helping people achieve some measurement of “the American dream”, whether that is household income or other achievements.

That task is off to a good start in some areas. It is imperative that it happens in Minnesota as well.

Amber Hunt at Miami University in Ohio took a quick look at why her state has three metro areas – Cincinnati, Columbus and Cleveland – ranked among the bottom 10 for upward mobility areas among the nation’s 50 biggest urban centers. Against the full set of commuting zone areas, Cincinnati ranked with Birmingham, Ala., and Meridian, Miss., as having poverty locked in place.

Citing research from the Pew Foundation, Hunt said obstacles to going from the lowest to highest quintiles include coming from racially segregated neighborhoods, lack of access to high-quality education, not coming from two-parent households, and lack of involvement with volunteer, work, church activities or social causes.

David Leonhardt, writing in the New York Times pointed out several “surprising” findings and lack of correlations between tax policies, number of area colleges and their tuition rates, or the amount of extreme wealth in the region. But the economists did find upward mobility higher in areas where poverty was more dispersed among mixed income families.

This brings back arguments and goals of the civil rights movement of 50 years ago, especially the rhetoric of the March on Washington for Jobs and Freedom in August 1963. While trying to overcome institutional barriers to opportunity, the civil rights leaders also worked on overcoming cultural obstacles where people were taught – often through intimidation – to “know your place.”

The Cambridge Advanced Learner’s Dictionary & Thesaurus defines the expression “know your place” as “to accept your position within society, an organization, your family, etc…”

As a cultural message, this serves some members of the upper classes well. It also holds back Minnesotans and others who might aspire to improve their lot and that of their families. It definitely keeps a steady supply of workers for an underpaid labor force.

Racism is still a factor. But poverty and lack of opportunity has broadened into a more class-oriented problem today with greater numbers of people slipping downward from the ranks of the middle and lower-middle class.

Fresh research is needed in Minnesota as elsewhere. Academics of multiple disciplines, clergy, schoolteachers, civic leaders and lawmakers must build on what the economists have documented. Minnesota’s mobility numbers are only good in comparative rankings, not in real, human terms.