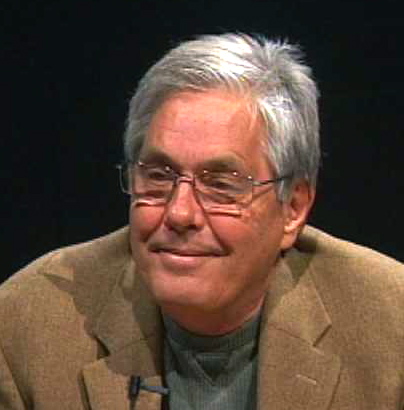 The superb Naomi Watts will be among those who will be photographed, YouTubed, interviewed and commented on.  Ms. Watts is nominated for Best Actress in a Leading Role for her performance in “The Impossible.” The movie is inspired by the real ordeal of a Spanish family that had survived, while on vacation in Thailand, the 2004 Indian Ocean tsunami that killed more than 230,000.  The family (in the film they’re British) is swept apart as the giant waves destroy their beach resort and every thing inland for miles – an estimated 8, 200 people were killed in Thailand alone.  The film’s narrative mostly follows the mother (Watts) and a son as they attempt to survive and search the devestation for her husband and two other sons.

Although “The Impossible” garnered only the one Oscar nomination, it received mostly rave and positive reviews for its accomplished acting, sound design, staging and special effects from mainstream critics ranging from Rex Reed at the New York Observer to Andrew O’Heir at Solon.com.

But back on January 3rd, Pioneer Press film critic Chris Hewitt assigned “The Impossible” zero stars.  He wrote, “So, if much of “The Impossible” is done right, why do I dislike it so intensely? Because all of that stuff is, for me, negated by a central issue that completely wrecks the film: its wrongheaded and single-minded focus on this privileged white family while, around them, thousands and thousands of Asian families were losing their lives, loved ones and everything they owned.”   Thank you Chris Hewitt.  Amen!

“The Impossible” realistically depicts the force of the tsunami and the horrific landscapes and disoriented survivors and overwhelmed rescuers and triage stations with cinéma vérité realism.  And the tone of the pre-wave, small talk of a young, upward arcing Euro family on a packaged tropical beach vacation played true to type – smart and attractive, but also ordinary and with a hint of cultural arrogance.  A fictional family from Woodbury or Linden Hills cavorting in this cocoon of a resort with its swimming pool and English fluent waiters would play the same.  I’ve sipped gin and tonics in Kenya’s versions of these hotels and have seen thousands of envoys from la vida Mall of America disembark from corpulent cruise ships in Cozumel – happy wanders all until, as CNN informs over and over again, the power goes out.

Chris Hewitt: “As I watched “The Impossible,” I couldn’t stop imagining the reaction if the film were shown in Thailand.  I’m guessing it would not be, “Gosh, I hope the beautiful English tourists get out of our devastated country safely without losing any of their luggage.”

Well, this family did lose its luggage but in the last sequence the five of them are seated on a chartered jet plane flying over the devastation and headed for Singapore and an upscale hotel.  I began laughing to my self.  It was a frustrated and angry laugh.  For me this final scene was iodine poured onto an open sore – one that Chris Hewitt had correctly diagnosed. As I filed out of the Eden Prairie AMC Theater, I detected the satisfied gazes and chatter that corporate Hollywood loves.

Most other major, mainstream critics did not echo Mr. Hewitt’s particular scold.  Of the 40 reviews of “The Impossible” that are linked to from the Metacritic.com website, twenty-one exhibited no such concern, and eighteen of them, in varying degrees, did.  Of the latter, A.O. Scott (New York Times) and Mike LaSalle (San Francisco Chronicle) nearly matched the temperature of Chris Hewitt’s indictment.

Serious movies inspired by actual events in remote, exotic lands with happy white people endings have been around for a long time.  As we all know, they distort as they entertain.  But when they distort important historical events and figures or even diminish whole cultures, we have problems.

This is the case for several, highly acclaimed films that also end with a plane flight out of harms way.  “Cry Freedom” (1987) left the impression that white, South African journalist Donald Woods  (Kevin Kline) was more deserving of our compassion than anti-apartheid martyr Steve Biko (Denzel Washington).  “The Last King of Scotland” (2006) is about a fictional and unrealistically naïve Doctor (James McAvoy) who is befriended by and becomes Uganda despot Idi Amin’s personal physician.  An indiscretion prompts Amin (Forest Whitaker) to plan his execution at Entebbe Airport during the 1976 Air France hijacking crisis.  The doctor is helped by a Ugandan friend to sneak onto a plane disguised as one of the released hostages that would be flown to Paris.  In this film, the helpful friend gets shot in the head and the genocide that Amin had enabled remains diminished as a suspense building dramatic device.

Prior to 9/11, generations of Americans understood the Mid-East as having been propelled into the modern world by a blond, blue-eyed, English idealist during the First World War thanks to the 1962 Oscar winning epic “Lawrence of Arabia.”  Near the end of the film Irish actor Peter O’Toole as British Army officer T.E. Lawrence angrily admonishes a fictional Arab leader played by Omar Sharif:  “So long as the Arabs fight tribe against tribe, so long will they be a little people, a silly people.  Greedy, barbarous and cruel, as you are.”

These days, that line would spark U.N. sanctions against anything British – excepting perhaps “Downton Abbey.”  Lawrence’s outburst, however, is set within a very smart movie.  The genius of David Lean’s film springs from its masterly, no special effects cinematography as well as its finely tuned portrayal of the cynical, buffoonish, practical and confused nature of Brits, Arabs and Turks alike.

The real T.E. Lawrence was lionized and romanticized decades yearlier by the press during his military service.  The young, beautiful Peter O’Toole inhabiting the Lawrence myth on giant cinema screens, distorted and glamorized it even more.  At a party following the premiere of “Lawrence of Arabia” in December 1962, playwright Noel Coward is said to have told Mr. O’Toole, “If you’d been any prettier, it would have been ‘Florence of Arabia’.”

But writer Robert Bolt did give ticket buyers strong Arab characters and intelligent ambiguity even as the film concludes, not with a bi-plane escape to Surrey, but with Lawrence being driven away in a Rolls Royce convertible on a dusty Damascus road, away from the people and desert blood and politics that had informed his conflicted soul.  As the car approaches a platoon of camel mounted Bedouin, Lawrence stands up to search for something.

“The Impossible” could have woven that kind of ambiguity and at least a believable scene or two involving the family with a Thai character who would personify the unspeakable losses of those who could not drive out or fly away.

Quvenzhane´ Wallis, like Naomi Watts, has been nominated for a Leading Actress Oscar.  “Beasts of the Southern Wild” is the child’s first acting gig and movie.  Her character Hushpuppy thrives on a Louisiana delta island that is recovering from a hurricane, maybe Katrina.  “Beasts of the Southern Wild” which nominated for best picture, is not about the people who left, but about the people who stayed.

Here’s the link to Metacritic.com for it’s page of “The Impossible” reviewers.