What a coincidence last Sunday. On the same day mine and a neighboring senate district DFL were showing Troubled Water: A Mississippi River Story, the Star Tribune ran a front page article about sedimentation from agricultural runoff filling in Lake Pepin.

Well, probably not much of a coincidence. I would guess the proximity of Earth Day — today, by the way — explains the timing of the Star Tribune article, and it was certainly why we scheduled our screening when we did. Unfortunately the article was print-only on Sunday, so I couldn’t post links on Twitter and Facebook and here in a last moment attempt at promotion of our event.

The article is on the Star Tribune web site now, and the sedimentation of Lake Pepin which might turn it into just another stretch of river is one of the topics of the film. Lake Pepin is a wide spot in the Mississippi River. The Star Tribune also posted a slideshow giving a visual explanation of where the sediment is coming from. 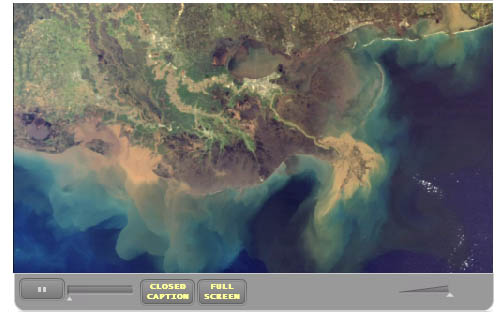 The increases in sediment are coming from the whole Mississippi watershed, with the majority coming from the Minnesota River. The source isn’t just top soil running off the ground, but drainage systems set up to make the ground dry enough for corn and soybeans.

Besides water being drained directly into the rivers, the wetlands often referred to as prairie potholes have been getting drained and filled ever since settlers started farming in the 19th century, with the result that almost all wetlands and native prairie is gone. These wetlands would hold a lot of the water that is now going right into the rivers, carrying sediment with them. The upper end of Lake Pepin is filling in more quickly, and could filled in 90 years. What used to be the lake will require ongoing dredging to maintain a navigable channel.

The drainage also carries agricultural chemicals, roughly half of which go into the river. These are causing algal blooms in many of Minnesota’s lakes and rivers, and combine with chemicals from through the farm belt to create the dead zone at the mouth of the Mississippi, which is shown in the screen shot above.

The Uptake posted interviews with people involved in making the film.

This was recorded at a screening last October, when the film was first released after some unexpected difficulty, namely, a university VP in charge of PR tried to stop the film from coming out on the grounds it hadn’t been vetted and contained factual errors. It had been thoroughly vetted, she couldn’t name an error, but she probably could name one of her lobbyist husband’s clients, Minnesota Agri-Growth Council. The first Uptake interviewee, director Larkin McPhee, was asked about this and mentioned that the VP Karen Himle’s smears (my term, not hers) caused some of the target audience to refuse to watch the film. She mentioned a farmer who refused to watch it because he heard it “was negative”. However, the film does acknowledge that most farmers want to be good stewards of the land, and it spends considerable time with farmers engaging in more environmentally friendly practices.

In policy terms, there are incentives to engage in destructive practices in federal farm policy. The effect is to encourage monoculture — growing just one crop — and punish those who might try to grow something besides corn and soybeans. Growing certain crops brings subsidies, while growing other crops on adjoining fields on the same farm can make even the land with corn ineligible for federal funding. The place to get to the heart of the problem isn’t so much environmental regulations as it is the next farm bill.