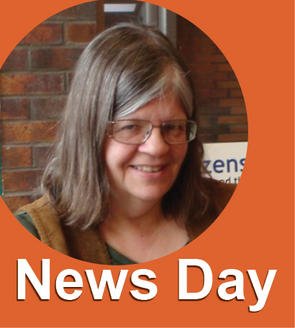 Adel Daoud was the teenage son of immigrants, attending a neighborhood Islamic high school when the FBI started talking to him online. According to his mother,

“Daoud required extra assistance in school, and was heavily dependent on her: ‘He’s not the person with a complete mind. He didn’t talk until five. He was the last one of my kids to talk. He doesn’t even talk Arabic….like the rest of our family, because he’s slow.’” Illusion of Justice, p. 28

Daoud’s mother said he had never been to downtown Chicago and that even when she sent him to the grocery store near their home, his little sister had to go with him so he wouldn’t get lost.

The government saw Daoud posting on online message boards and emailing “material about violent jihad.” Two online undercover FBI employees started emailing with him, and eventually met with him. Local imams overheard, and told him that violent jihad was wrong, and told his father to get Daoud to stop talking about it. According to Daoud’s mother:

“He asked “What [is] jihad?’… We tried to explain there is no jihad here. …. I told him when you give money to the poor, this [is] jihad. When you stay with your mother and father who need you, this is jihad. And he was so convinced, he said, ‘I’ll stay with you mom.’” Illusion of Justice, p. 29

According to the criminal complaint, Daoud

“sought further religious guidance from the undercover employee, asking if his sheikh overseas could issue a fatwah (religious decree) justifying attacks on Americans. The undercover employee told him his sheikh could not provide the fatwah and continued to plan the plot with Daoud. On September 14, 2012, the undercover employee drove Daoud to downtown Chicago, to a green jeep loaded with fake explosives. Daoud drove the jeep to the target location—a bar in downtown Chicago. Daoud exited the jeep and attempted to detonate the device, after which he was taken into custody by the FBI.” Illusion of Justice, p. 29

Daoud’s case is one of those described at length in Illusion of Justice, a 214-page report, based on lengthy research by Columbia Law School and Human Rights Watch. Other cases include Rezwan Ferdaus, who had severe mental health problems.

“In April 2011, Ferdaus father retired from his job in order to look after his son; he told us that Ferdaus ‘never smiled for two years, he was so sick, so very depressed.’ Ferdaus’ father recalled a specific incident in July 2011 when Ferdaus started shaking, ‘almost like he was having a seizure’; Ferdaus reportedly told his father that he was having ‘intrusive thoughts and cannot get rid of them.’ The following month, Ferdaus finally agreed to go to a mental health professional, and began taking medication for diagnosed depression. Two weeks before his arrest, Ferdaus began taking a double dosage of his medication, as recommended by several psychiatrists he was seeing…. The FBI arrested Ferdaus on September 28, 2011, after FBI undercover employees delivered weapons to him and photographed him holding a gun.”

Not all of the 400+ terrorism cases brought since 9/11 are bogus. The problem is that corrupt and abusive U.S. government practices make it difficult to impossible to separate “real” from government-created terrorism. According to the report, “in aggressively pursuing terrorism threats before they even materialize, US law enforcement overstepped its role by effectively participating in developing terrorism plots—in at least two cases even offering the defendants money to entice them to participate in the plot.”

Isn’t that entrapment? Yes — but in order to mount a defense of entrapment, the defendant has to prove that he was not “predisposed” to commit a crime. For a young, angry Muslim man, that’s a hard, if not impossible, case to make to a jury or judge.

The report acknowledges that the 27 cases it investigated in depth are not representative of all terrorism prosecutions. They still raise troubling questions about abuse of power and wrong-headed zealotry in the name of Homeland Security.