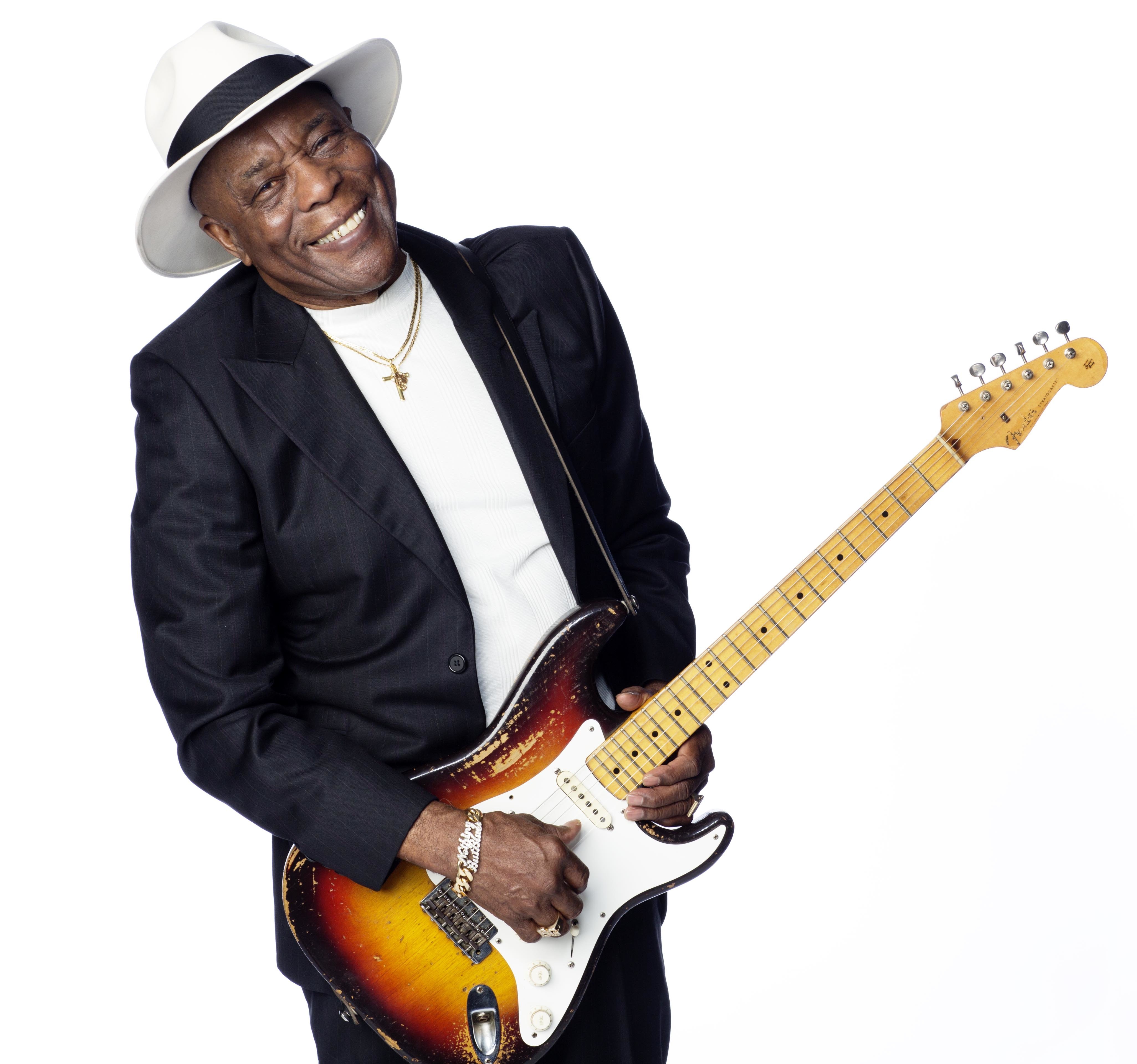 Sometimes, all you need is a spotlight for a good show. And that’s all Buddy Guy needed, along with some good old-fashioned showmanship, to enthrall and entertain the crowd at the State Theatre on Sunday, September 7. In the face of diminishing mainstream interest, Guy champions the blues by playing like a 21-year-old with ferocious vigor and passion that is determined to keep the genre alive.

Along with his Damn Right Blues Band, Guy opened with “Damn Right I’ve Got the Blues” after being introduced as a six-time Grammy Award winner by his keyboardist Marty Sammon, also known as Slammin’ Sammon. At the end of the song, Guy greeted the crowd and after a fan shouted praise in response, the 78-year-old proved that his personality is as gritty as his guitar playing by responding, “Now, if you shut the fuck up for a minute, I’m gonna play something so funky you can smell it. It goes like this.”

Throughout the night, the feisty blues legend (some argue he is the greatest blues musician of all time) made the theatre feel as if it was a small, intimate club in Chicago. Moving from a barrage of screaming, hearty notes exuding from his Fender Stratocaster, Guy would change tempo in an instant and near silence would then be broken by soft, delicate tones created by his fingers lightly moving on the guitar neck.

He told stories about growing up in rural Louisiana and the influences of Muddy Waters, John Lee Hooker, and Albert King, all while cussing at the crowd and making it known it was his stage and his rules. Twice, he came off the stage and into the crowd to play and toured the theatre all the way up to the balcony while cheers roared.

Guy’s passion for the blues, mixed with a bit of humor, comes from his experience of the Chicago blues scene in the late ‘50s while playing with Muddy Waters. He knows how to work a crowd and get them just as fired up as he is. “This is the kind of blues they don’t play on the radio anymore. So, we thought we’d bring it to you,” he said. “I learned how to play the blues for the love of blues, not for the love of money. But thank God they paid me.”

With creative unpredictability and improvisation, Guy displayed his skill as a blues legend by playing originals such as “74 Years Young” and, accompanied by the very talented slide steel guitar player Robert Randolph who opened the show, “Meet Me In Chicago,” as well as paid homage to other legends with covers such as “Hoochie Coochie Man” (Muddy Waters), “Five Long Years” (Eddie Boyd), and “Drowning on Dry Land” (Albert King).

After seeing Buddy Guy live, one can’t help but describe him as lewd, crude, and full of the blues. To see him is a privilege and an inspiration, for there are not many artists who are keeping their art alive and pure in a commercialized industry the way he is. Although Buddy Guy is nearly 80, he won’t go away quietly, nor will it be for a long time. Towards the end of the night before admitting he had to follow the rules if he was to come back to play he simply said, “I don’t know if you’re tired of us, but I’m not tired of playing.”