Until recently, health equities has not been a subject in Minnesota that has received a lot of publicized attention. It represents the goal of groups working to address the health inequities that are well documented between communities of color and Whites in Minnesota.

The Ad Hoc Roundtable is a group made up of subgroups that are interested in fighting against health inequities. Some of the participants in the Roundtable include members of the Council on Black Minnesotans, the Council on Asian Pacific Minnesotans, the Chicano Latino Affairs Council, the Cultural and Ethnic Communities Leadership Council, the St. Paul Chapter of the NAACP, MICAH, HIRE, Isuroon, the Organizing Apprenticeship Project, and the Minnesota Tenants Union.

These Minnesotans are trying to get before the legislature in the earlier part of May to present a report about the health inequities in the state. They are calling on Rep. Tina Liebling, chair of the House’s Health and Human Services Committee, to give the community fair notice of the hearing so that appropriate community support and voices can be present at the hearing. 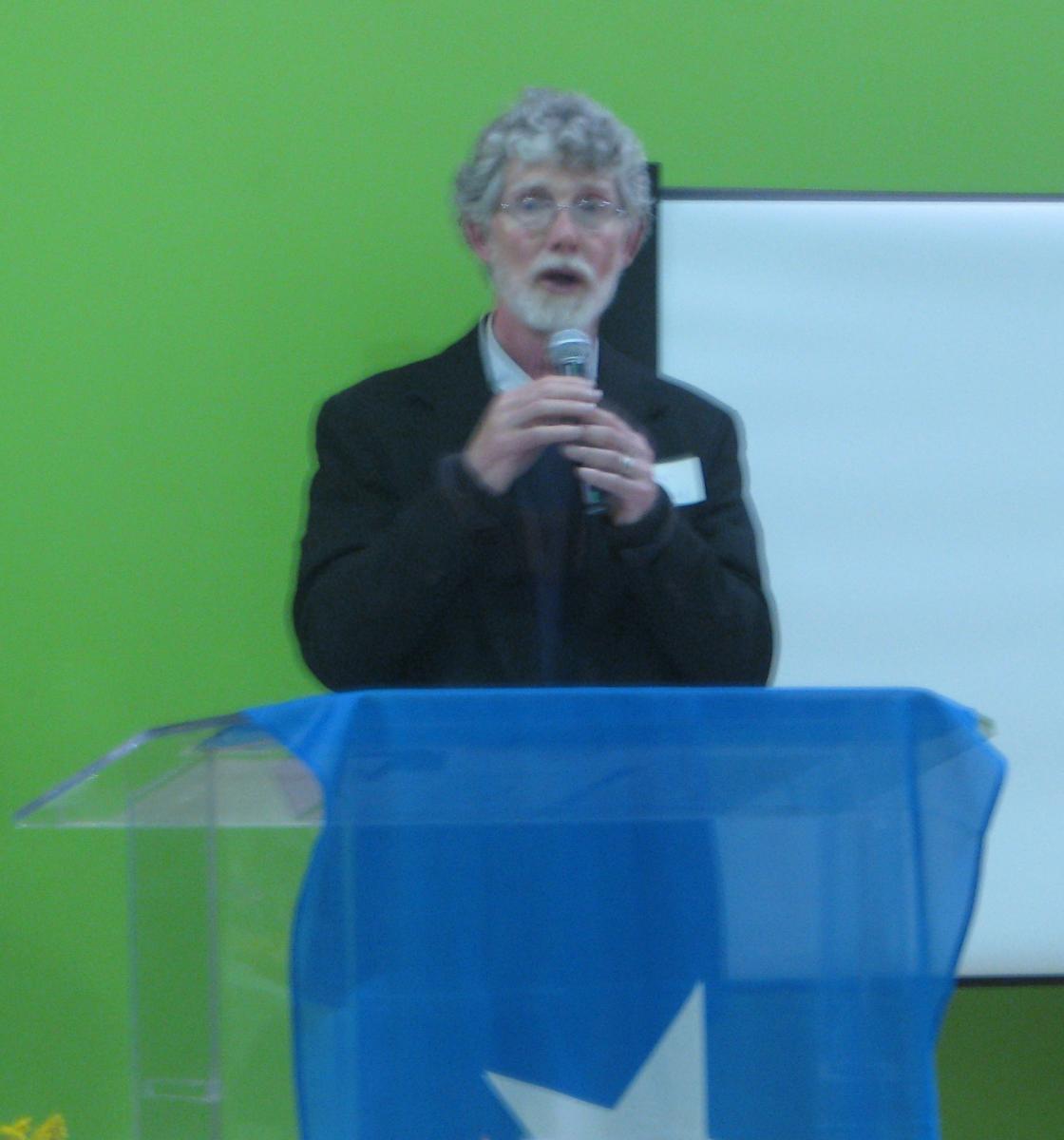 Right: Peter Brown speaking at an April 24 “health equity dialogue” with members of the Somali community (Photo by Brandi Phillips)

Minnesota has one of the highest disparities in health between Caucasian Americans and other ethnic groups. Peter Brown, a longtime volunteer attorney with the MN Tenants Union, stated, “Health is not just a matter of pulse rates, checkups, and clinics, but really a result of the kinds of stresses that people receive because of the disparities of employment, housing, education, transportation, disproportionate incarceration rates, civic engagements, challenges and so forth.

“Health is a result of all those things,” said Brown. “To my knowledge, the report is the first in the state to recognize structural racism as a factor in the health disparities that all communities of color and Native American communities experience. We want to give voice to that.”

Brown stated, “We [the MN Tenants Union] have been very interested for some time in the public policy area of pushing forward the recognition of housing as a human right…When the MDH report to the legislature came out, calling on decision makers at all levels to be examining their policies and how they contribute to the health inequities and health disparities experienced here in Minnesota, we wanted to get the report to the legislature along with other community members.

Joo Hee Pomplun and the Health Equity Working Committee, along with Senator Hayden and Representative Moran, are working on a bill that addresses the inequity around the tobacco tax. “We wanted to see states dedicate dollars to reinvesting into communities of color and GLBTQ communities in which there are higher smoking rates and less resources to help decrease the impact of tobacco,” said Pomplun.

“The bill will help the community in three ways: to give our community the capacity to reduce the community level of tobacco, dollars will be going to culturally aware extension programs, and we want money to go toward community health workers that can educate around tobacco and towards resources to support and treat the people who smoke tobacco,” Pomplun said.

Both groups are working to improve the health of underserved communities and reducing the stresses that help lead to the disparities these communities experience.