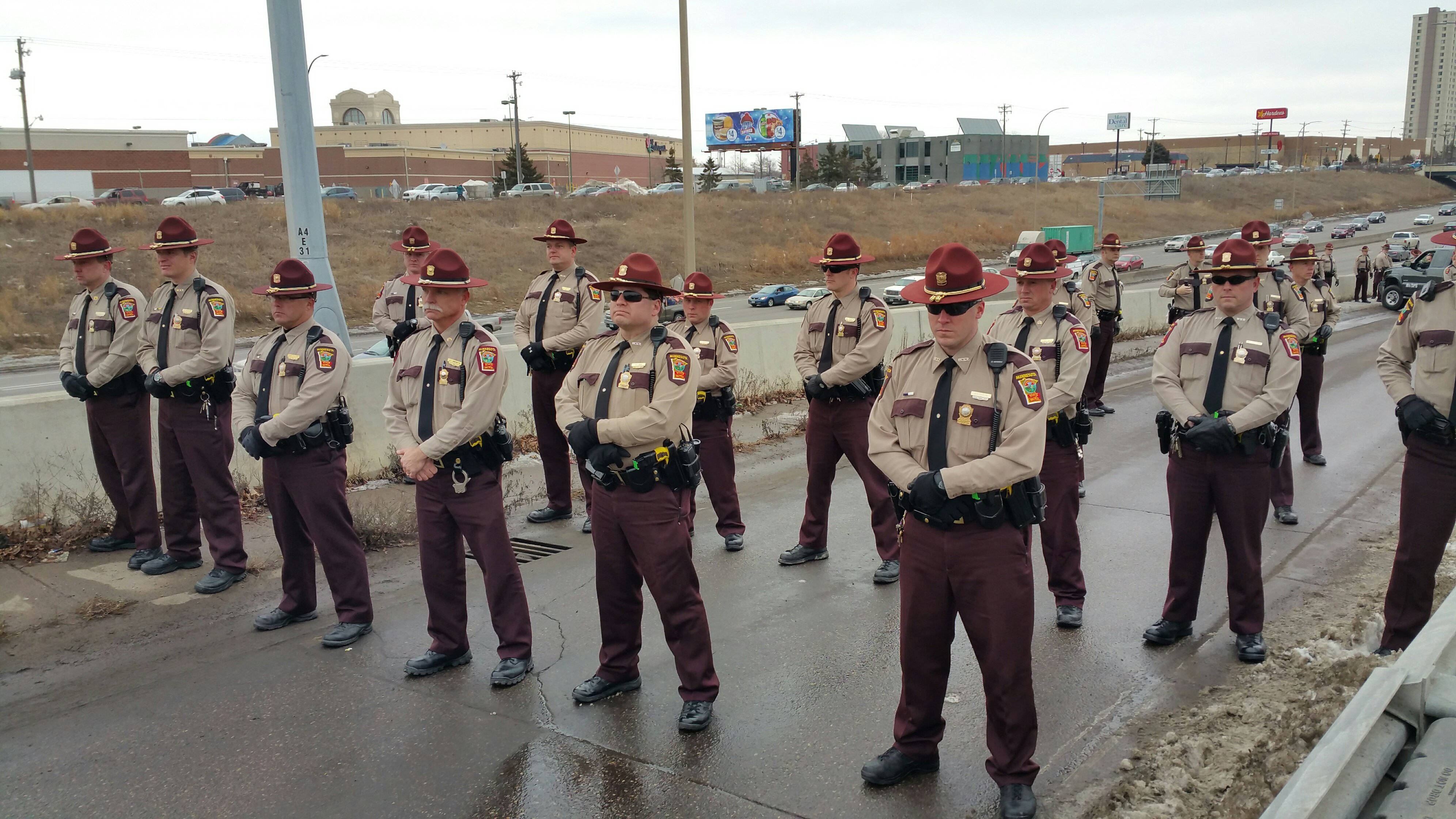 Monday’s MLK DAY protest march in Minnesota, which included a four-hour game of chicken between the 2-3,000 Black Lives Matter marchers and multiple ranks of police and troopers, including many on bikes, some on horses and a few in helicopters, was a peaceful success: There were no arrests, no violence, no ugly confrontations and the cops, while armed and tight-lipped, were not decked out like storm troopers: No clubs, shields or tear-gas guns in sight.

There weren’t many black cops in sight, either.

Sure, there must have been a few. I personally saw one! And I hope there were others! But it was striking how lily-white the cops were on an occasion that called not just for a show of strength but also a show of understanding. When state troopers arrived to help convince the marchers not to try blocking the freeway,it looked like a boat load of Dudley Do-Rights had arrived. Way too white for comfort on a day when black anger mixed with black pride and black cops were in short supply.

We aren’t Fargo anymore. And we sure don’t want to be Ferguson. The population of the Twin Cities is nearly 40 percent minority and the “minority” will be the majority in a very short time. So with rising tensions between the police and the people, it is not only unfortunate that our cops are so white; it’s dangerous, too.

On the Minneapolis Police force, with more than 800 officers, only one-in-five is a person of color. (Gender equity fares even worse; only 15 percent are women). In St. Paul, the chief of police, Thomas Smith, is black, but the race factor is about the same as in Minneapolis. Saint Paul residents are, in general, more supportive of their cops than is the case in Minneapolis. But the years when St Paul people could say their city was “better than most” on these issues are coming to an end. Things used to be worse, yes. But better than most isn’t very good if “most” are pretty bad.

Minneapolis Chief Janee Harteau has spoken about an urgent need to “change the culture” of policing and add more cops of color. But no one is suggesting that solving the police-people divide is as simple as raising the numbers of minority cops.

But it is a factor. And time is short.

Photo: More than 20 state troopers — all apparently white — bar the entrance to I-94 in St Paul on Martin Luther King Day as Black Lives Matter protesters march past.
Video: Protesters stage a “Die In” on the Hamline Avenue overpass above I-94 on Monday.