At age 57, I’ve attended at least 57 varieties of Passover seders. As a little kid at my Uncle Jack’s house the festive meal rarely began before 10:00 pm. Years later my kids’ Uncle Jesse preferred the McSeder, and if you showed up late, tough luck, you missed dessert. One time in Duluth I was either too poor or too lazy to buy a box of matzoh, and I substituted Saltines. Back in 1977 my then 80-year-old grandmother and I met up in Switzerland—long story—and my long-lost first cousin and her long-lost Holocaust grandson over there got us invited to a community seder in Zurich.

My son and I did Passover in Jamaica one year and used jerk chicken to represent the paschal lamb on our seder plate. Last night, my pals Phil and Mary had about a dozen folks over to their house for their seder. Phil’s a vegetarian, so he roasted a beet and substituted it for the shankbone.

That’s a new one: Passover from the viewpoint of the lamb.

Two of us who attended last night have celiac disease and can’t eat wheat, so I made the gluten-free matzoh balls. My wife found the recipe, which included flaxseed, almond flour, an egg, and a quarter cup of milled granite. 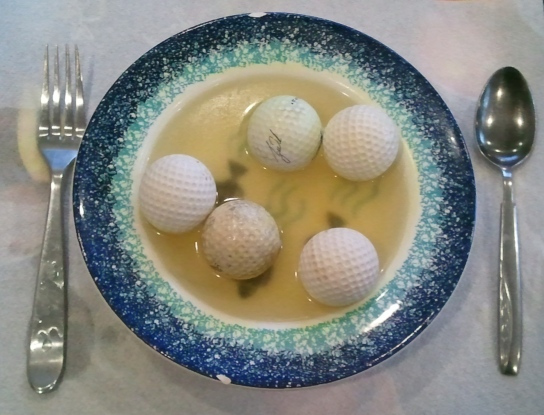 No matter where or when, though, the central theme of a Passover seder is always the same: “They tried to kill us. We survived. Let’s eat.”

Sort of. Passover is also the story of slavery and remembrance and forgiveness. And because I’ve been all wrapped up in the Minnesota Marriage Amendment the last year, I couldn’t help notice the mirrored themes of justice and compassion.

A piece by David Wolpe in yesterday’s Washington Post speaks to all this. Wolpe was writing about the moral lesson of Passover in the context of how in contemporary times we should treat our employees. But it’s no stretch to consider it a piece on how we treat disenfranchised voters and minorities like gays and lesbians.

Even if you’re not a Jew, chances are your people were back in Jesus’s day (and I’ll get to that tomorrow). So no matter what your religion, Wolpe’s piece–and this part, in particular–is worth reading if you have any question about which side you should be on come November.

“Passover is about expanding the circle of our compassion; with each repetition of the story our souls should be deepened.