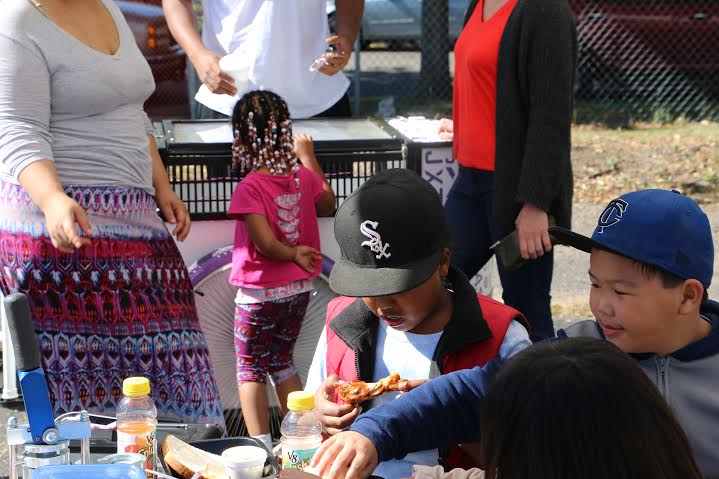 All photographs taken by Aqeel El-Amin.

Oct. 3 marked the fifth annual Day of Dignity hosted by Masjid-an-nur and Al-Maa’uun in North Minneapolis. Sponsored by Islamic Relief USA, Day of Dignity is hosted in 20 different cities around the United States. 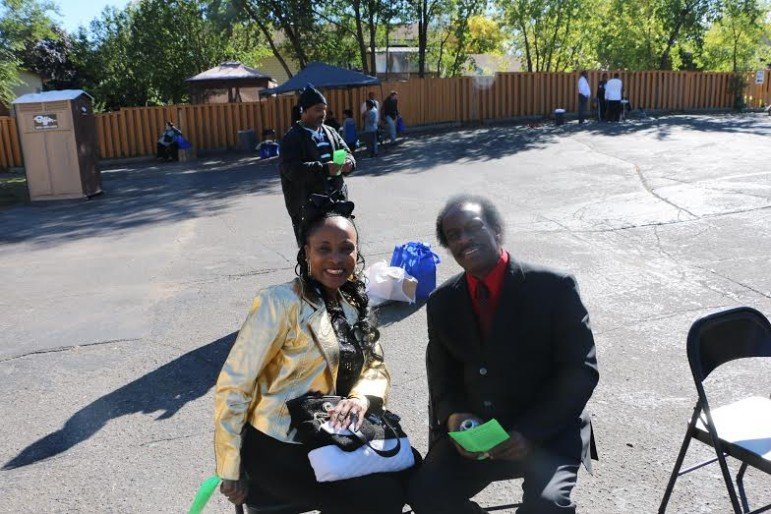 This year there were a variety of different services, which included clothing and hygiene distributions, free check-ups, free food, legal counsel and substance abuse counseling earlier in the day. There was a band group, Ahmed and the Creators, playing live jazz. Children could play in the jumping castles and compete in the obstacle course.

According to Kamillah El-Amin, the coordinator of the event, “We gave away school supplies, hygiene packets, clothes, shoes, [and] our resident chef made about 1000 meals that were given away to the community.”

In addition to the giving away basic need items, there were services provided for free by community members, “We have a nurse that comes every year and gives free blood pressure, glucose and cholesterol checks. A Muslim sister who does massages, and another sister doing henna for people. There was also free haircuts done by a Muslim barber. It’s all about giving back,” El-Amin said.

Norma Wofford-Amos, a registered nurse volunteer said, “The reason why I do it, is because I love educating people about their health, it’s a way of empowering people.” 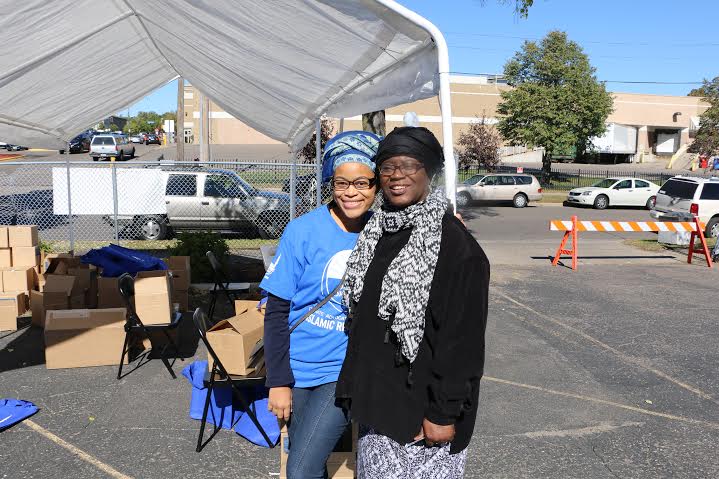 But there was more to the day than just distributing items and services—it was also about members of the North Minneapolis community to get to know Islam: “We have a grant, given by Islamic Relief, that helps us share with the community, the greater community about our traditions…. We always give back but we don’t really tell why it is incumbent upon us to give back. This is the opportunity for people to come here and see the mosque, see and talk to Muslims, ”Wofford-Amos added.

Volunteer Sagirah Shahid said, “I’ve been going to the Day of Dignity since they started it in North Minneapolis. I think especially with the negative light that Islam has in the U.S., it’s nice to have a positive event that happens in North Minneapolis”.

As the day came to an end, volunteers and participants worked together to quickly clean up the Mosque’s parking lot and went inside to pray in congregation.

“This was an opportunity to bring groups of people together who may not normally interact or engage with one another in a way that is benefiting everyone overall,” said Jalloh.

“It was a success,” added El-Amin. “And we hope to see even more people next year.”