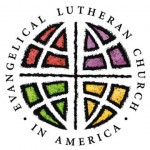 More than a dozen Lutheran congregations in Minnesota have vowed to leave the Evangelical Lutheran Church in America (ELCA) after a vote in Minneapolis this summer to allow gay and lesbian pastors in committed relationships to serve as clergy. The fifteen churches will join a new denomination called Lutheran CORE and leave the ELCA, the largest Lutheran denomination in the world.

The leaders of Lutheran CORE say the ELCA has moved too far away from the Bible.

“Many ELCA members and congregations have said that they want to sever ties with the ELCA because of the ELCA’s continued movement away from traditional Christian teachings,” Rev. Paull Spring of State College, Pa., and Lutheran CORE Chair said in a press statement last week. “The vote on sexuality opened the eyes of many to how far the ELCA has moved from Biblical teaching.”

The ELCA vote doesn’t force any church to roster a gay or lesbian pastor – that decision remains the decision of local congregations. Despite that, at least 15 Lutheran churches in the state have signed the Common Confession of Lutheran CORE that states in part: “We teach and practice that sexual activity belongs exclusively within the biblical boundaries of a faithful marriage between one man and one woman.”

Those churches that have signed the Common Confession and started the process of leaving the ELCA include: