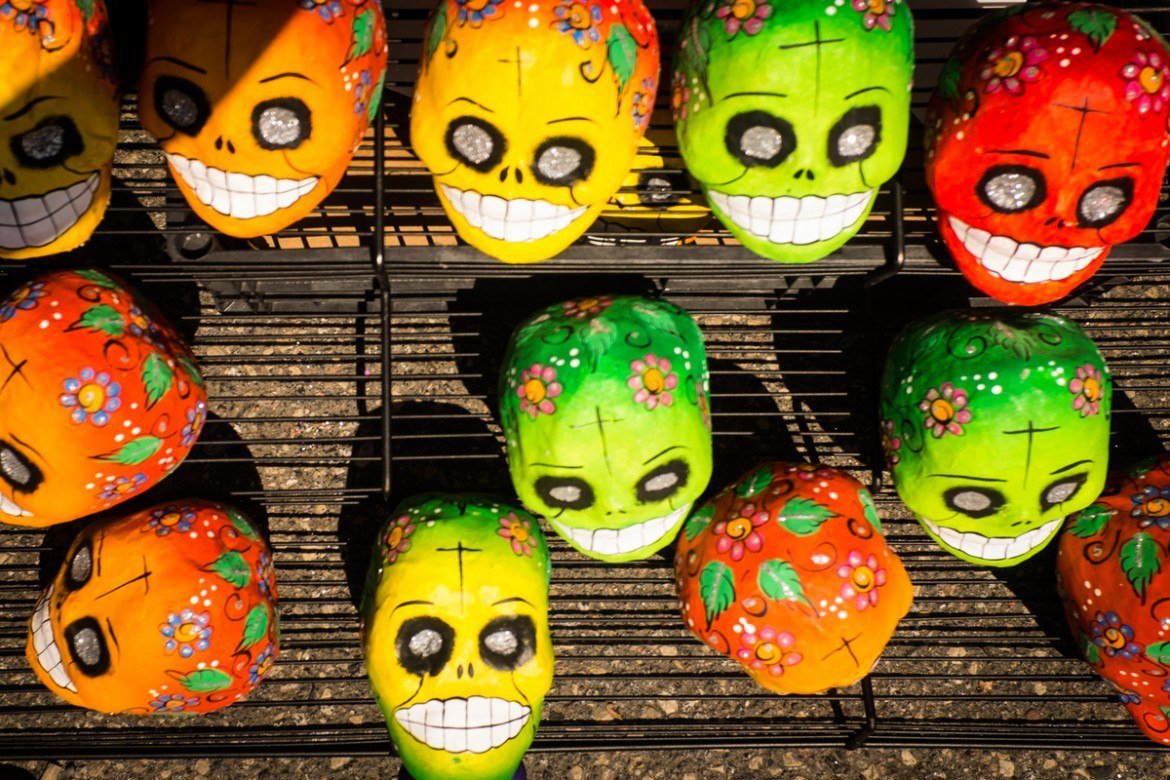 The Lowrider car and bicycle show is justifiably, one of the highlights of the Cinco de Mayo West Side Saint Paul Fiesta. The fiesta draws crowds of people along the closed off blocks of Cesar Chavez Street, drinking out of fresh pineapples, browsing the vendor goods, and checking out the lines of Lowriders that showed up for the event. Not being a car person of any sort, I felt immediately out of my depth. Several of the car and bicycle owners kindly answered my surely very ignorant questions, patiently nodding when I asked what was clearly a no-brainer.

While the Lowrider show brings out people to ogle over cars and bikes, the Cinco de Mayo Fiesta is also about celebrating one of the Twin Cities oldest Latino neighborhoods. The event is marked by a parade, a salsa contest, music, family activities, and a chance to show some pride in being Latino.

“A favorite part about Cinco de Mayo’s just seeing a lot of old faces… it’s like a big reunion every year,” said Steve Macias, who sat by his customized 1968 Schwinn called “King of Hearts”. “Saw some friends today I hadn’t seen since probably… 9th grade, 10th grade, and it was nice to talk with them for a while… and overall, car show’s always fun, rain or shine… there’s a few car clubs here, y’know it’s just one big family, everybody watches out for each other, takes care of each other, even as far as the bikes, they watch out for the bikes, also. We’re one big community around here, and Cinco de Mayo’s always fun.”

Macias described the work he’s done on his bike, “there’s a lot of bodywork into the bike to make it look like a heart, custom fenders, custom chrome parts on it… Mike pulled me out of retirement, I used to build bikes like crazy. Yeah, this is my first bike back out on the scene. (laughing)”

Mike Garcia, another bicycle contender, said his favorite part of Cinco de Mayo was, “All the different cars. From hydraulics to hot rods, you name it. I love it, so.”

Yogi drove into town today from his home near Monticello. “Yeah, I just got up at like 6 in the morning, y’know. I have my kids, my wife. And then I have other members, that are part of my car club.”

Top Runner Car Club member Tony of Minneapolis, talked about his car club, “We do a lot of community service, we work with the urban league, we work with KMOJ radio station, we work with underprivileged kids, and stuff like that, and anything that happens, like the tornado that happened over north, we helped out there and so on and so forth. So we’re a car club that does a lot of community service, as well as any type of functions, or charity events, or anything like that.”
When I asked Tony how many hours he’d put into his jet black Dodge Challenger, he responded “Oh, I would have to say, wow, maybe some 300-some hours. Maybe more than that. But it’s a process, you know. People see the finished products with all these cars, but it takes like years and years to build stuff like that.” 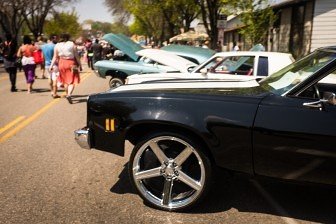 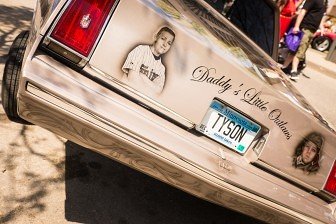 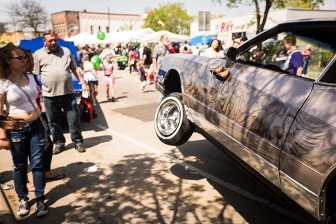 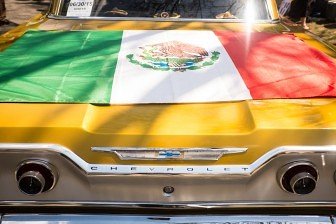 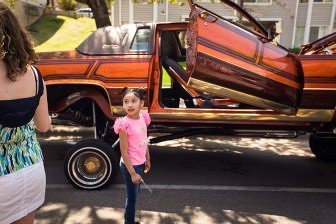 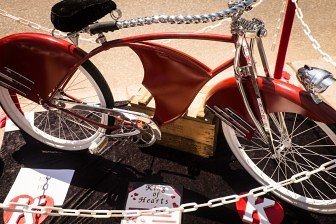 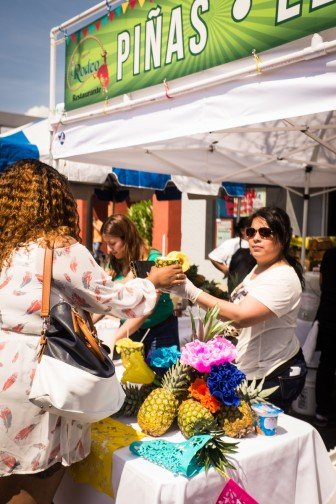