I did that headline the way the television stations do the blurbs for the evening news. It is a bit misleading but more dramatic than the story. We don’t really know how many vacant homes there are in St. Paul but we do know how many registered vacant buildings there are.

Currently there are only 1344 registered vacant buildings. Most of them are provate homes. This is way down from what I believe to have been the all time high of 2031 that we hit in September of 2008. 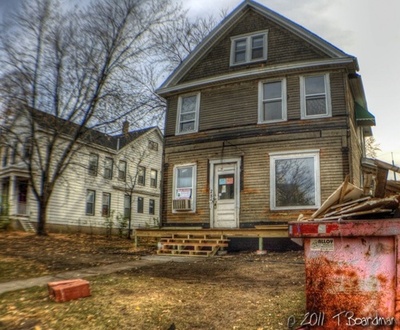 Some of the homes that were on vacant building list have been rehabbed and sold, others have been torn down and some have been on the list for years. Homes on the list have notices posted on the doors and can not be inhabited until multiple local building code violations are cured. In some cases the cost of doing the repairs exceeds the value of the home, they are held to a higher standard than any other older home.

The city does not require home buyers or sellers to correct code violations when a home changes hands. Violations range from faulty wiring to non existent central heating plants.