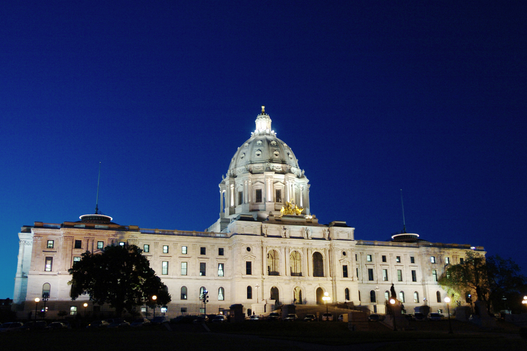 The lucky winners in the supplemental budget Gov. Mark Dayton announced Tuesday include public college students, 4 year olds and nursing home workers. They are among the Minnesotans who would benefit from his updated proposal to spend the state’s recently sweetened budget-surplus pot.

Dayton’s new figures boost the budget he’d previously planned for Fiscal Years 2016-17 by nearly $866 million, with the bulk of the new items targeting education, children and families, including:

Dayton took two and a half weeks to craft his supplemental budget after Minnesota Management & Budget projected a state budget surplus for the next biennium of $1.87 billion. That figure was $832 million more than the surplus in the November 2014 forecast on which Dayton based the $42 billion budget he unveiled Jan. 27. That plan included the then-$1.037 billion surplus.

Dayton said his proposals would deliver long-term benefits for the common good, in contrast to the “give-it-all-back” approach taken toward budget surpluses during Gov. Jesse Ventura’s administration. That led, he said, to “financial shenanigans” during Gov. Tim Pawlenty’s administration to “cover up a very serious predicament” with the state budget.

“Tax cuts are very popular. It’s like M&Ms — you give ‘em out, everybody’s happy and they taste good,” Dayton said. “It’s not sound fiscal policy. I just would really strongly encourage the Legislature not to engage in that practice again.”

Dayton said his supplemental budget doesn’t reduce spending in any areas, but he is expecting to see spending cuts in budget bills coming out of the House and even the Senate: “That’s why I made the commitments I did in the areas I think deserve more investment and more spending. Because I expect this will be the high-water mark, and they’ll come in and we’ll end up somewhere in between.”

The House Ways and Means Committee is set to vote on a budget resolution, with spending targets for each finance committee, by March 24.