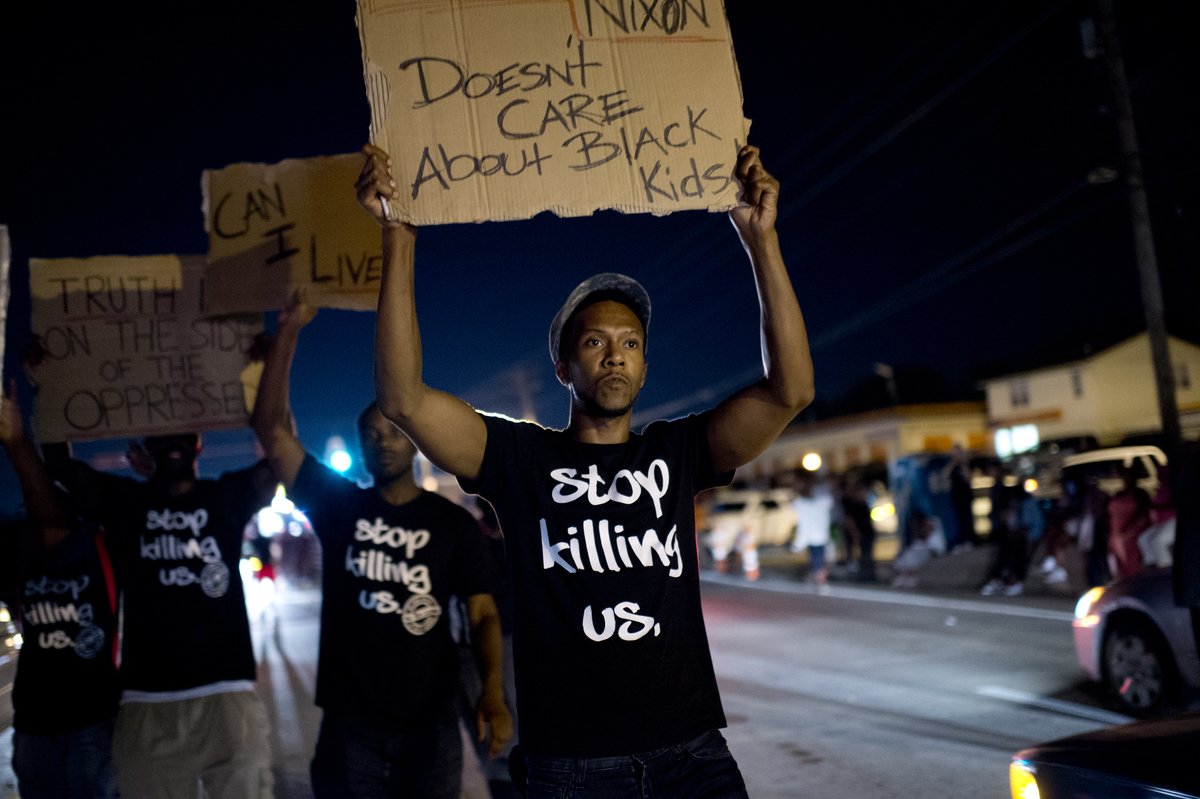 The freedom to enjoy human rights without discrimination is one of the most fundamental principles of human rights law. Every human being is equal in dignity and worth and has the right not to be discriminated against. Racism, which limits peoples’ access to rights based on their identity, attacks the very concept of human rights.

However, as evidenced by the shooting of Michael Brown and the subsequent violent policing of protestors and the ultimate failure to indict Darren Wilson, racism in the United States is a prevalent problem. The events also bring to light additional human rights issues concerning the right to life, the use of lethal force by law enforcement, freedom from cruel or degrading treatment or punishment by government authorities, and the right to freedom of expression and assembly.

This includes safeguarding human rights in the political, economic, social, cultural, and other fields of public life so that human rights are ensured to everyone without racial discrimination.

Clearly, the United States has a long way to go in fulfilling its obligations to CERD, and issues of racial profiling and police brutality are, unfortunately, only one of the many issues faced by people of color in this country. As one CERD committee member recently stated, “Racial and ethnic discrimination remains a serious and persistent problem in all areas of life from de facto school segregation, access to health care and housing.”

These problems did not develop in a vacuum; they the result of our nation’s history of racism, slavery, and white supremacy.  Even two generations after the end of legal discrimination, systematic oppression continues to marginalize people of color. Vast racial disparities still exist in wealth and income, education, employment, poverty, incarceration rates, and health.

Racism is part of the legacy of the United States, but it does not need to be a permanent state of affairs. It can be examined, analyzed, and dismantled, both individually and as a society.  As the family of Michael Brown has  stated, “We need to work together to fix the system that allowed this to happen. Let’s not just make noise, let’s make a difference.”