Congress is currently rewriting and replacing the defunct No Child Left Behind law. This new bill, dubbed the Strengthening America’s Schools Act, should focus on student learning and building thinking skills and limits inflexible test standards. However, buried in the 1,150-page bill is an act Minnesota Senator Al Franken introduced, called the Student Non-Discrimination Act (SNDA). Franken, along with others, is seeking to extend title IX style discrimination protection to the LGBT community by extending civil rights protections to students based on sexuality and gender identity. 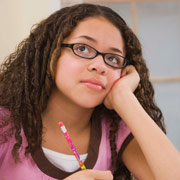 This part of the bill has real resonance in Minnesota, where issues of sexuality and gender are on the forefront of policy debates. While Minnesota became the 12th state to legalize same sex marriage, our school anti-bullying policies to protecting LGBT students lag behind. Minnesota lawmakers had a chance to strengthen our anti-bullying law, and extend protections to LGBT students, but we balked.

Opponents complained about costs, and charge the initiative as an “Orwellian nightmare” of “re-education camps” that infringe on school and parent rights. While we can debate costs and exact bill language, the safety and mental well-being of students should not be up for discussion. We must do something about school bullying. Bullying of all sorts leads to decreased school performance, lawsuits against districts and has even driven children to take their own lives.

The issue of bullying in schools is a civil rights issue with serious consequences. Some would even argue the consequences are farther reaching than marriage equality, which we as a state took a firm stand on, because of the physical and mental health stresses inflicted on young people. It’s good to see the push for stronger anti-bullying laws get new life in Congress. It’s also important to note the bill is still alive in Minnesota’s legislature and should be brought back up when the session resumes in February. It is not an overstatement to say that lives could be saved by measures like these, and it is time for Minnesota to take another stand for civil rights. The need for action far outweighs the concerns hampering it, and we cannot let stalled legislation make us forget that.