If you like eating strawberries in February, you realize that most of Minnesota’s fresh food comes from other places, including across national borders. 50% of fruits and 20% of vegetables consumed in the U.S. are imported from other countries. It may also be of interest to you that the Food and Drug Administration (FDA) announced on July 26th that they would be stepping up their safety inspections on most imported foods, much of this due to recent outbreaks. 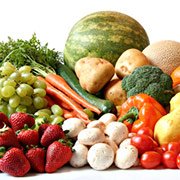 This proposed regulation improvement is part of a larger legislation called the Food Safety Modernization Act (FSMA), signed into law in 2011. In accordance with the act, the new regulations will be shifting the focus of regulation towards prevention, rather than simply responding to threats when they arise. The proposed regulations are two-part. First they will clearly define importers as responsible for ensuring that the overseas companies they purchase from produce the food in safe environments. Second it will set up a program called Accreditation of Third-Party Auditors, in which “…the FDA would recognize accreditation bodies based on certain criteria such as competency and impartiality”. This would allow the FDA to keep tabs on foreign regulatory agencies and be assured that they are doing their jobs to inspect the foods. The FDA will also be expanding their foreign inspection facilities.

The FSMA and the FDA’s plan to expand regulation of imported foods come at an interesting time because the U.S. is currently negotiating two major free trade agreements with Europe and Asia the Trans-Pacific Partnership (TPP) and the Trans-Atlantic Trade and Investment Partnership (TTIP). The problem is that the TPP and TTIP are still shrouded in secrecy. The TPP is speculated to be working towards degradation of food safety laws, and similar concerns have been raised about the TTIP.

It is important that we find out more about these trade agreements and derail any attempts at lowering standards on food safety. The FDA’s stand on food safety could act as a model and motive for key food exporters to the U.S. to improve their food safety, something that citizens of nearly every country would find agreeable. The new policy of problem prevention and encouragement of food safety practices in foreign countries could be carried into the dialogues of the TPP and TTIP to strive for a Fair Trade system that would benefit all citizens of all countries.