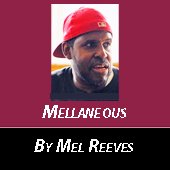 I kept waiting for someone to call out the FBI director James Comey’s recent so-called candid speech on race. Surprisingly too few people did, but he clearly should be called out because he didn’t have an honest conversation about race. However, he reminded us that this is more likely to stay the way it is.

An honest conversation would have included telling cops to stop brutalizing and murdering U.S. citizens, not justifying their savage behavior. While people like the socially unaware Don Lemon of CNN applauded FBI director James Comey’s speech saying he was courageous. The truth is that the director actually codified and gave justification to police violence aimed at Black folks, while at the same time blaming Black folks for their own victimization by law enforcement.

To be fair, he acknowledged that it is the unjust system that has put Black folks in the position they are in. He is quoted saying, “Police officers on patrol in our nation’s cities often work in environments where a hugely disproportionate percentage of street crime is committed by young men of color. Something happens to people of goodwill working in that environment. After years of police work, officers often can’t help but be influenced by the cynicism they feel.

Blame the Blacks in the hood, he seems to be saying. “If we didn’t have to arrest them so much, we wouldn’t be predisposed to blowing their brains out any time an opportunity presents itself.”

By saying, “a mental shortcut becomes irresistible,” Comer actually justifies the taking of mental shortcuts, and Blacks who think he was doing Black folks a favor weren’t really listening. He didn’t say that cops should simply stop shooting folks. His so-called honest conversation about race was nothing but a regurgitation of what Black folks already know.

And he contradicts himself acknowledging that most people in the U.S. are a bit racist. But in the same speech he claims that the police are not predisposed to bias but are “people of goodwill,” while making the point that because police arrest Black folks more than others, they are programmed or predisposed to see Black folks as criminals is normal.

Of course while that seems to make sense, the head cop leaves out the most poignant fact: The police chose to over-enforce the law in Black neighborhoods. It’s not written in stone anywhere that police have to search young Black males for marijuana possession more than young White males. In fact, in most locales the police go out of their way to harass young Blacks. And now the chief law enforcement officer implies that now all of this contact — unjustified to begin with — is the cause of even more prejudice and abuse.

This is why I am mistrustful of most liberals. Like many liberals they say things that on the surface — especially to those unused to thinking critically — sound good and supportive. But on closer examination they wind up supporting things as they are: an unjust status quo.

At bottom Comer is saying, “What are you going to do in a system where Black folks are mired in poverty, poor education and poor choices and high unemployment? We didn’t put them in this position, so don’t blame us — blame the system.”

Comer even reminded us of law enforcement’s traditional role of enforcing inequality and injustice. “At many points in American history, law enforcement enforced the status quo, a status quo that was often brutally unfair to disfavored groups.” He very cleverly says it as if it’s a thing of the past. Police still take the side of private property and employers over employees, Whites over Blacks, while continuing to over-enforce the law in Black and brown communities.

He said quite astutely, “But as a country we must also speak the truth to ourselves. Law enforcement is not the root cause of the problems in our hardest hit neighborhoods.”

In a real civilized society, the head law man would talk about ending this blatant injustice rather than rendering lame excuses for its continued use.