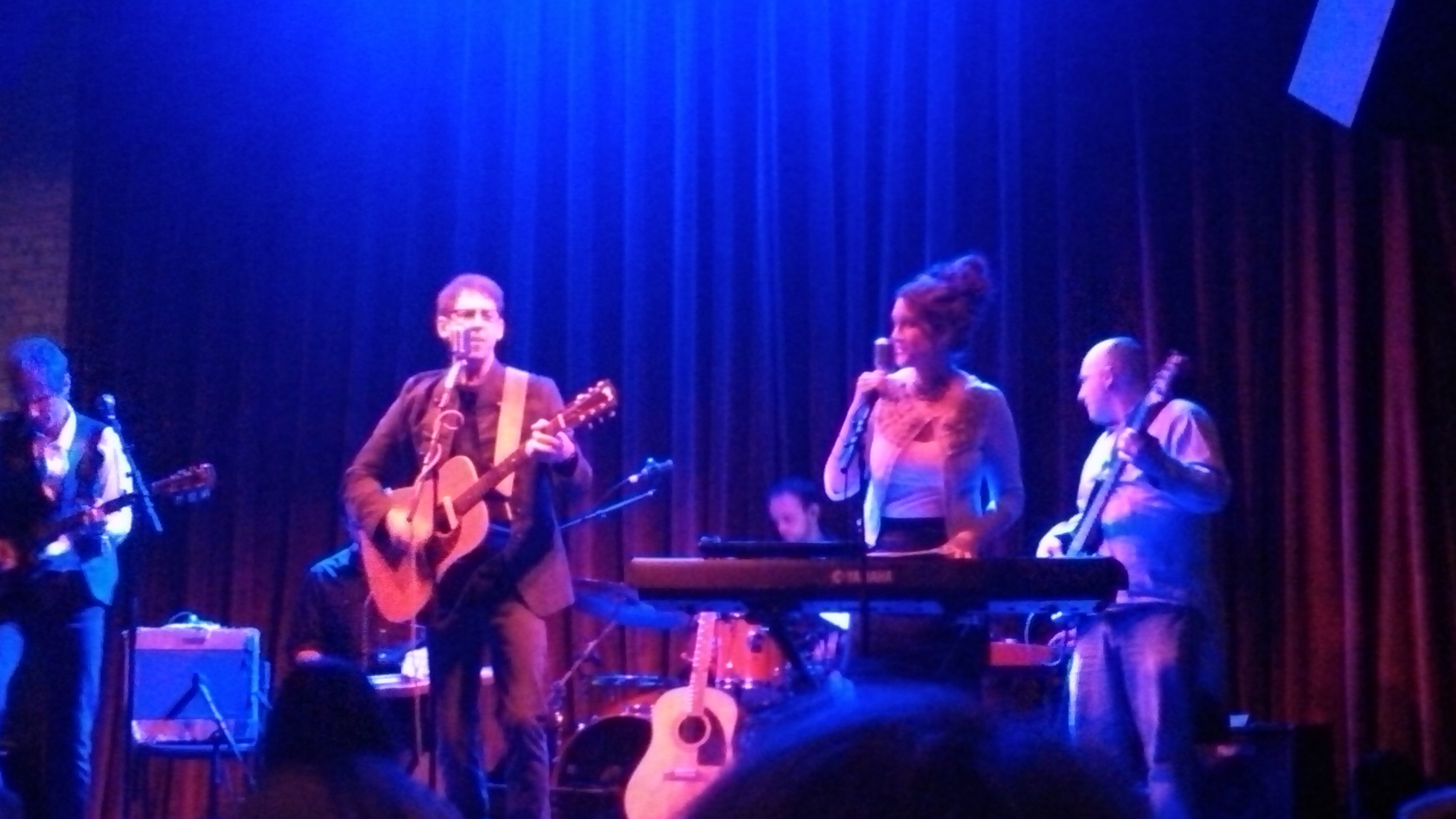 Fathom Lane started with a video of Sugardown, which is a catchy song and a very appealing video. I thought it was an unusual start, but it worked. Fathom Lane is pop for grown-ups, reminiscent of several bands I liked in the 90s. The lap steel guitar brings in a folksy, country feel. The unusual guitar playing in Snow Bride gives the music a stormy sound. In fact, lead singer Michael Ferrier remarked that Fathom Lane could be your companion through life’s storms.

Ferrier toggles between a Tom Waits raspy whisper in a song like Jack Knife to a much poppier sound with Night Shade. The music hits its stride when keyboardist Ashleigh Still adds her vocals. The two combined have a quirky harmony; you can hear it on their cover of Lou Reed’s A Perfect Day.

Batteryboy took the stage with Cobey Rouse, Shannon Frid-Rubin (also in Cloud Cult) and Eric Carranza (also in Better Bones). But we learned mid-set that this would be the last live performance for Frid-Rubin. They also brought a cello and violin player with them, to transition to the new sound and look of the band. What all five members seemed to share was a serious take on music – very serious.

While Fathom Lane had a seasoned and easy performance style, batteryboy seems to dive right into the heart of the music. And their music fills the space.

Winter Gate is a song that’s getting some air play on The Current right now. It seemed especially appropriate with temperatures hovering about 15 degrees. Choosing Sides is a sound that shows the influence of Cloud Cult. The violin drives the sound, the lyrics are haunting and the voices float above the song.

Minus One Together (the video features Gabriel Douglas from 4ontheFloor) is another song that pulls at the heart strings. The string instruments bring that orchestra bigness to the song, while the lyrics are so personal. If Fathom Lane is there for life’s storms, batteryboy is the sound track for the train wrecks. I mean that in a good way!

CORRECTION NOVEMBER 25: Cobey writes: “Our name is ‘batteryboy,’ lower case and one word.” We have made the correction – thanks for letting us know.