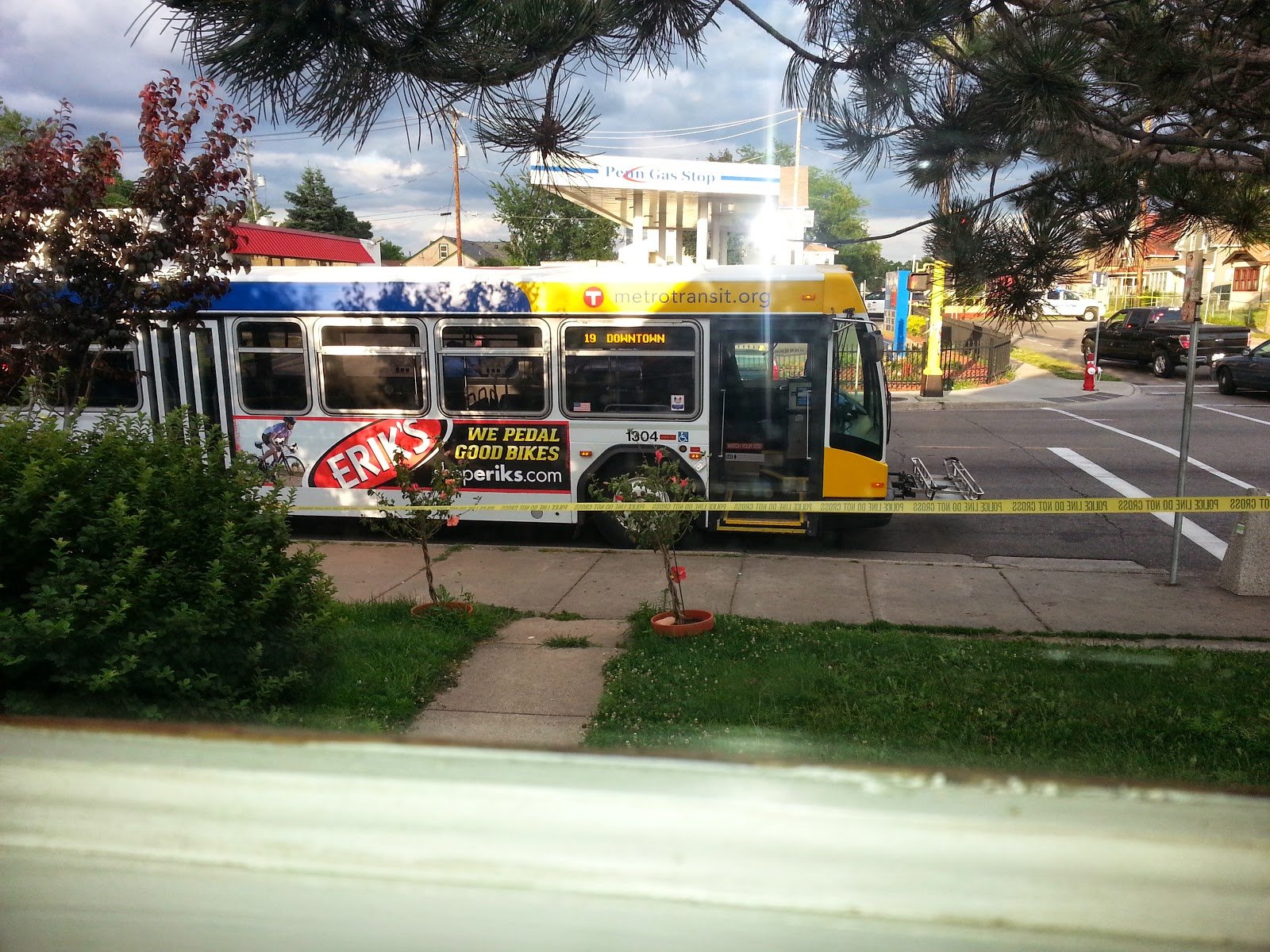 Yesterday evening when my phone rang off the hook, with several people calling repeatedly but not leaving messages, I knew something was wrong. I called back, to find out that a man had been fatally shot after getting off of the 19 bus in front of my home. Thank the Lord for small favors, but no one in my house was harmed, my dog was okay, and my home appears to be unscathed–although shell casings or evidence of some kind was left by the trash can on my corner.

As the evening unfolded, I had much to ponder, both from a personal and policy perspective.

First, a good friend had stopped by just after the shooting but before I got back home. He heard that the victim was “confronting some kids” on the corner and since that sounded like something I would do, he thought I was dead. As much as the bear hug and the “I’m so glad you’re alive” comment meant, the moment was sobering. Across the street from that somber moment of joy was a stark reminder that another person’s friends and loved ones would never get to say that to this person again.

So we sat down on my porch to watch the evening unfold, because really, what else can one do at that point? I took one photo, and just one photo for the evening. I could see the gruesome details of the shooting, but felt that this picture above captured everything needed without crossing a line; the bus that was the start of the shooting, the police tape, and the frame of my window to show that this happened so close to home. There was more to see, to be sure, but nothing that would have been necessary for me to remember what transpired.

Onlookers repeatedly called for the body to be covered up, and I grew frustrated with how long it seemed to take for that to happen. This seemed like a lack of respect for the dead. I found out later that it’s fairly standard to not move the body or even cover it with anything until the scene is completely investigated, a process that can take hours. And doing everything possible to make sure the killer is brought to justice is actually a profound display of respect. Still, there was no attempt to even set up any kind of visual barrier, and that just felt like more could have been done.

And speaking of doing more, our Mayor says that even “put[ting] a cop on every corner” isn’t going to solve the uptick in violent crimes over north. I get that, but putting a cop (or a Mad Dads volunteer, or a Guardian Angel, literal or figurative) on every #19 bus would be a good place to start. Since I’ve lived in my house, there are three shootings involving the 19 in my area that I know of.

One was about a year ago, when some kids leaned out of the back of the bus without even getting off and proceeded to engage in gunplay with a group of other teens at Penn and Golden Valley Road. They eventually did leave, but the scene was so surreal, almost as if they expected to fire off a few shots and just get back on the bus for their next stop. Just another day on the city’s only mobile shooting range.

Then a few months later, someone was shot in the leg as they got off of the nineteen in front of my home. The first incident did not result in anyone getting hit. The second caused an injury, but not one that proved fatal. After this shooting, what’s the next one going to be like?

I often tell people that my corner isn’t really the epicenter of crime and violence that it once was, and to the degree that there are bad things going down, it’s often related to the nineteen bus line. Which goes by every fifteen minutes, so that doesn’t really make things any better, does it? I’ve made my living and my home in parts of north Minneapolis that even other northsiders tend to avoid. I often go to places that are considered unsafe precisely to bring a positive element to the location, and rarely do I feel unsafe. And yet I will avoid riding the nineteen if I can avoid it. That should speak volumes.

It’s time to lay down the gauntlet. The nineteen, or at least the north Minneapolis segment of that route, absolutely has to improve. If Betsy Hodges won’t lead the way on this (or the Met Council, who technically oversees Metro Transit) by providing more MPD or transit police, then I suggest a challenge. Every morning for the next month, come and park your car at 44th and Penn/Osseo Road. Have a morning cup of coffee at one Victory 44 or Emily’s F+M Cafe, and ride that line down to City Hall. After a hard day’s work, hop back on “The Beast” back to your car. Spare us northsiders the press conferences; it’s time to do something real. Ride the 19 for a while yourself, Madam Mayor, and then let’s see how important it is to make it safe for everyone else.

Later on, after the police had been dispersed and the crime scene tape removed, dozens of mourners flocked to the gas station across the street. Something like this was bound to get out of control very quickly, and I called 911 pre-emptively. “Send everything you’ve got,” was the plea. The crowd swelled to at least fifty, some openly drinking from what appeared to be bottles of Grey Goose vodka, and others carrying babies on their hips.

“It’s only a matter of time before things go south,” was the refrain from a friend of mine. “No,” I responded, “It’s a matter of whether the wrong person shows up.” A few squad cars made the perfunctory lap around the block, and with the drive-by policing done, left the crowd and the neighbors to their own devices. Not long after that, people were heard saying something to the effect of “He better not be here.”

That’s when I saw someone in a red shirt run across the street through the vacant lots north of me. At least two, perhaps three shots rang out, and almost the entire crowd chased after him. Either the shots were a warning, or the guy was just plain lucky. No one was hurt or killed, so this part never made the papers.

I don’t hold our police officers to task necessarily for the quick pass by. They are understaffed and we need more officers not just over north but citywide. There were almost certainly other priority calls happening that meant the scant resources we had at nearly midnight on a Thursday were spread too thin. However, I categorically reject the notion that police could do nothing except drive around for a bit and leave.

Take the All-Star game as an example. Plenty of officers were stationed at key, fixed points during times that were necessary for public safety. It would be foolish to expect a patrol to say, “Well, we had to keep on driving around because nothing was happening.” Or after Gopher games, it sure seems like the University has a cop on every corner. We know from recent experience that these impromptu vigils don’t stay peaceful. So the next time this occurs (because let’s face it, there will be a next time) there should be officers who do not leave the vigil until the crowd is peacefully dispersed.

Finally, after what seemed an eternity, the block was quiet enough to grab a few hours of sleep. I found out later the next day that a suspect was arrested–no great surprise. And that suspect was a juvenile. That brought a fresh round of outrage as I thought back to our former mayor’s outburst that demanded to know, who is ARMING our KIDS?

There were at least two other shootings that night on the northside as well, one at 26th and Lyndale, where a person was hit but survived, and one near the Lao Assistance Organization in Harrison. The second one happened on school property and involved minors. My reaction to that felt so muted that it caused me to worry about something that scares me almost as much as the thought of catching a bullet–that the violence is getting worse, and instead of stopping it, we are getting used to it.