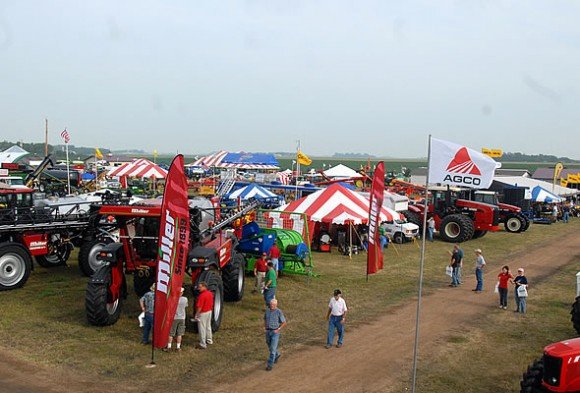 The legislation was introduced to prevent undercover recording of conditions in the industry that caused consumer revulsion and demands that retailers and restaurants use meat that is guaranteed to be produced under humane conditions.

Bluestem first looked at the civil liberties implications of the bill in Consumers are stupid: Agri-Growth Council touts Babe in a Blender Restoration Act:

. . . The reactionary language pushed by the Agri-Growth Council–of dubious constitutionality when banning the instruments for expressing the rights of the free press–illustrates just how stupid corporate interests can be. At a time when a significant share of the consumer food market is clamoring to know about their food, the Agri-Growth Council seeks to impose a government-enforced ban on information. Maybe that’s what that big party the Council threw for the RNC in 2008 that the journos loved so much was all about.

This is good business practice? Asymmetric information about quality of the product tipped to the seller’s advantage? Seriously?

Go ahead: tell the consumers you think they’re stupid and so unable to discern the truth about images surrounding agricultural protection, that the only recourse for the horny-handed tillers of the soil and cagers of red-eyed hens is to turn to government to ban camcorders, audio tape and investigative researchers and reporters. I’m sure that will do wonders for agri-business’s image.

From the Fairmont Sentinel’s editorial pages to the City Pages’ bird-dogging of the Agri-Growth Council, the press came down against the ALEC-inspired law, which died a quiet death along with the Republican majority in the Minnesota Legislature.

Minnesota is unlikely to see it return, given that lineup.

“‘Ag –gag’ adds another wall” between producers and consumers, Hockman observed, making it appear “that we have something to hide.” Better to be transparent and bring influencers to the barns, instead of holding up biosecurity concerns as another barrier.

“We did a study of coverage of ‘ag-gag’ laws that found that 99 percent of the stories about it were negative,” he said, although he noted that some producers feel that a law can simply be passed and the legislation will end criticism of the industry. Instead, if consumers are misinformed, it’s the livestock’s responsibility to educate the public.

Other panelists agreed. Dairyman Bob Lefrebvre said that a better strategy is to get retailers, consumer groups, and animal welfare groups into “the same tent,” where they can address concerns and find common ground. Visits to dairy operations are also a key component, he said, as well as having producers being clear about their ethical values and making sure that employees act according to those values.

The men may be on to something.

The panel comes at a time when the enforcement “ag-gag” laws are receiving more bad publicity. On Tuesday, the Columbia Journalism Review reported in ‘Ag-gag’ reflex:

. . . For now, the ag-gag movement seems to have lost some momentum. With the notable exception of Arkansas, each Each of the state bills introduced in 2013 was defeated. In Missouri, Guernsey’s drone bill passed the House but failed to move in the Senate.

And in Utah, the only state where someone has been prosecuted under an ag-gag law, the Amy Meyer case has prompted a legal challenge against the statute by animal-rights organizations.

For those in the five other states where ag-gag laws remain on the books, Osterreicher said, “you just wait until someone gets challenged under it. But in the meantime it has this chilling effect.”

Few media associations have been as vocal as Osterreicher’s NPPA in responding to the ag-gag movement. But if the movement remains as aggressive as it has been in the last few years, they may have no other choice but to fight back—or at minimum, help their members deal with the pitfalls. . . .

Today, the Huffington Post reported on the hit ag-gag took in North Carolina, and the Stunning Ag-gag Bill News about the first person arrested and prosecuted under Utah’s new “ag-gag” law. A member of Bloomberg’s editorial board asked Why Hide the Brutalization of Farm Animals? It’s bad press, alright.

One common thread in the criticism of ag-gag is its connection with the American Legislative Exchange Council, which just happens to be meeting in Chicago while thousands convene at Farmfest in bucolic Redwood County, Minnesota. The Nation reported in ALEC Convention Met With Protests in Chicago:

It isn’t that ALEC has created pro-corporate ideas like right-to-work laws or “ag-gag” bills, says Brendan Fischer, general counsel for the Center for Media and Democracy (CMD), the nonprofit that runs ALECexposed.org. “But once a law comes to ALEC, it becomes supercharged, and spreads all around the country,” he says . . .

Was the panel’s distancing itself from “ag-gag” another sign of the growing disenchant of industry and corporate interests with ALEC? According to ALEC Exposed, in 2003 the Defenders of Wildlife and Natural Resources Defense Council listed the National Pork Producers among the “Corporations and Trades Associations that Fund ALEC. It’s unclear that the NPPC remains a member or backer of ALEC. None of the state groups appear to be associated with the group.

In May, City Pages published How undercover animal rights activists are winning the Ag-Gag war. In Minnesota, it looks like that battle is over.

Photo: Farmfest. Now that ag gag laws aren’t a looming menace, we can go back to worrying about which pieces of machinery are actually Transformers.