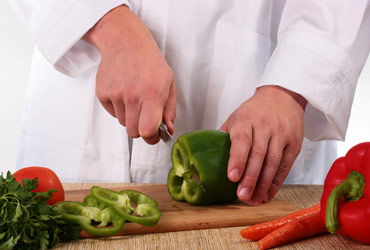 Nonprofit organizations that encourage local farmers to supply more area customers with fresh, locally grown fruits and vegetables made inroads in 2011 and are starting to form an important link in the local food chain.

Through these efforts, local Hmong farmers have started to supply food service operators at the University of St. Thomas and Macalester College at Twin Cities campuses with in-season produce.

Promoting these distribution ties are people from the Minnesota Project and Farmers Legal Action Group who work with Hmong, organic farming and local food system advocates.

This past year’s supply links to St. Thomas and Macalester are noted in a release from Theresa Heiland, local foods coordinator for the Minnesota Project. Similar successes have occurred with local farmers supplying colleges at Northfield and Morris, to name just two college towns, and in a few instances where area farmers have begun supplying school districts and other local institutions.

Whether marketing directly to restaurants or institutional kitchens, such arrangements are loosely referred to as farmer-to-chef distribution and are a close cousin to farmer-to-consumer contracts commonly called Community Supported Agriculture (CSA).

All such arrangements represent small but important steps in conquering the single biggest obstacle for local food systems to efficiently link farmers with end users in local food markets. That is the problem that comes with wholesaling and distribution for local foods.

This is what makes economics such an important part of “sustainable agriculture,” said Bruce Stockman, a program coordinator with state-supported Agricultural Utilization and Research Institute (AURI). Researchers at AURI working with local cooperatives and their counterparts working with local food systems through the University of Minnesota Extension Service are trying to bring efficiencies to local food marketing and distribution.

Community organizations and other nonprofit groups such as the Minnesota Food Association, which operates organic farming training courses, are also key players in plugging the middle of the food chain.

But it remains a problem. Stockman said in an interview that there are many small producers in a given market, and many small quantity users such as local chefs at restaurants or local food sections in grocery stores. This makes it difficult to achieve scale and scope comparable to the well-developed conventional food distribution industry that includes grocery wholesalers and restaurant supply companies.

In this regard, the local produce supply chain looks a lot like the Minnesota dairy industry of 60 or more years ago. Over time, large farmer-owned dairy cooperatives such as Minnesota-based Land O’Lakes in Arden Hills and AMPI Inc. in New Ulm have rationalized milk gathering, processing and distribution systems.

The farmers themselves made big adjustments; most small-scale dairy farmers sold their cows and specialized in other agriculture production. Some small operators who remain in the industry found their own distribution and marketing venues through organic dairies and local cheese companies.

Small produce farmers around the Twin Cities area face many of the same obstacles, including problems with short shelf life of their perishable produce.

This makes the work of the Minnesota Project and FLAG important for sustaining local food systems.

In the release from Heiland, the Minnesota Project noted that Hmong farmers face obstacles to entering the marketplace, including renting available land and lack of capital and credit for making farm improvements or expanding.

Working with the Hmong produces a “double multiplier effect,” the group added, by increasing the money that flows in the local economy while increasing potential health benefits for the community from locally grown and unadulterated food.

As an example, Heiland and group cited Mee Yang, a Washington County farmer who sells fresh produce with a daughter at the St. Paul Farmers’ Market and to Community Supported Agriculture (CSA) customers in her east metro county. Yang took samples of her vegetables to a farmer-to-chef meeting sponsored by the Bon Appetit Management Co. (BAMC) this past year that led to her selling produce to the executive chef at Macalester and teaching the college kitchen how to produce Hmong meals for an “eat local” week.

Albertville residents Robert and Nancy Lee, who farm near St. Michael, worked with the Minnesota Project and FLAG to forge a similar relationship with St. Thomas.

The Hmong are among immigrant and refugee farmers who are successful in local food production. However, Xyooj said back home in Laos they were subsistence farmers and not the commercial farmers they need to be here.

As Minnesota 2020 noted in a recent report, the consuming public needs to support local farmers and groups at work to make local food systems economically viable. That means the entire food chain from producers to homemakers and professional chefs.

It also means that public funding will be necessary for research institutions to find efficient ways to develop middle links in the local food chain. Access to local foods can’t be taken for granted.