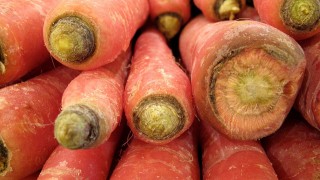 Farmers throughout the country are experiencing one of the worst droughts in 50 years. It’s times like these that federal farm policy is most appreciated. After all, regardless of crop yields we all still need to eat, and having a thriving agricultural economy that sustains our natural resources and provides farmers with an adequate income is the best way to protect our food supply now and into the future.

Two of the primary titles of the Farm Bill, the commodity and crop insurance titles, are specifically intended to support a profitable and stable farming economy. The political process, however, tends to create policies that often deviate from the stated intentions. Crop insurance and many commodity programs have been designed to support large-scale commodity production, and thereby have created disincentives for smaller-scale and diversified cropping systems, as well as ineffective support systems for organic and direct-marketing farmers. The end result is that the crops grown in the U.S. have little correlation to the foods needed for a healthy diet.

U.S. agriculture is continuing a longstanding trend toward bigger, more industrial farms with less crop diversity, and federal farm policy often contributes to this trajectory. While this trajectory’s footprint on the agricultural landscape is clear, the impact on the U.S. diet is not well studied. After all, health advocates have plenty of other policies in USDA’s purview to keep an eye on, from food stamps to school lunch to food safety. Why should public health advocates spend time advocating for particular farm commodity programs when the path from farm (to grain buyer to food processor to retail store) to consumer is so convoluted?

Despite the difficulty in drawing parallels between farm policies and public health, these policies impact our eating habits in ways that are rarely considered. The food industry often counters that changes in the price of corn have a rather small impact on the overall cost of a box of cereal or a pound of hamburger, and thereby have minimal impact on buying decisions. This perspective, however, fails to consider the multiple points at which corporations are making decisions that impact what we eat. Changes in the relative costs of different commodities encourage food processors to reformulate a processed food product, restaurants to tweak their menu, and perhaps most importantly, marketers to promote food products that are most profitable. It’s no accident that grocery stores dedicate valuable shelving to a mindboggling array of soda pop, cereal and snack foods—these foods use low-cost commodities like corn and wheat and provide enormous profit margins. While we consumers generally have the final say in what we put into our bodies, economic and policy drivers throughout the food chain have more impact on our decisions than what we realize.

In this series, we’ll be taking a look at the different plans for commodity programs and crop insurance that are on the table for the current Farm Bill. We’ll attempt to assess the impacts that changes in these programs may have on how we eat. Although the cause-and-effect relationships are poorly documented, we’ll do our best to draw from existing studies—along with a healthy dose of common sense.

Stay tuned over the next several weeks as we look at emerging farm policy.