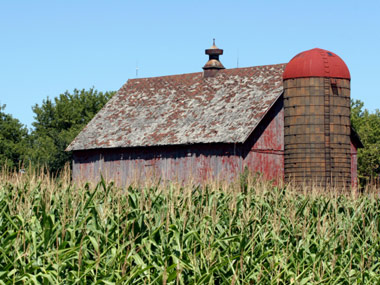 How Minnesotan can we get?

Advocacy groups in Western Minnesota are planning a potluck “supper” next Saturday, Nov. 3, at the Watson Town Hall, about six miles west of Montevideo, from 6 p.m. to 11 p.m.

The purpose of the gathering and dinner is for a dialogue on how cooperative business models can serve, or strengthen, local food systems and economic democracy – and that isn’t just for rural Minnesota.

This is especially true in rural Minnesota where farmers formed co-ops to overcome distance to market factors that had made them price takers, not price makers, in what they bought and what they sold. It applies to other rural residents as well as they followed farmers’ models to form mutual insurance companies, supported cooperative rural electric development, and formed various cooperative community services such as cemetery associations.

The evening will end with dancing and music, also staples of Minnesota country life. And that will follow a presentation by author Atina Diffley (“Turn Here, Sweet Corn: Organic Farming Works,” University of Minnesota Press).

Diffley is a hero with Minnesota local foods advocates, both urban and rural. She and her husband Martin owned the Gardens of Eagan, in Farmington, which was a founder of the certified organic farming industry in Minnesota.

The Diffleys have lost most of their land to eminent domain from the sprawling metro area. As a result, they’ve since sold their priceless farm name to The Wedge food co-op in Minneapolis and lease their remaining land to the co-op while they continue to work through the Land Stewardship Project to teach and train new organic farmers.

Minnesota agriculture is dominated by farms that specialize in producing mass quantities of major commodities for export markets and for domestic food and fiber uses. What should be obvious is that a parallel agriculture exists, mostly small-scale and producing local foods for community and regional consumers.

A lot of arguments support these local food producers and providers, but one bottom-line argument should appeal to all Minnesotans. Local, organic food production keeps people closely connected to the land and its farmers. Large-scale commodity production doesn’t.

Watson was home to the Watson Farmers Elevator, formed in 1886 and thought to be the first farmers owned grain co-op in the nation. The Watson gathering, open to all, has reason to celebrate local food production no matter what co-ops and enterprises may be formed going forward.