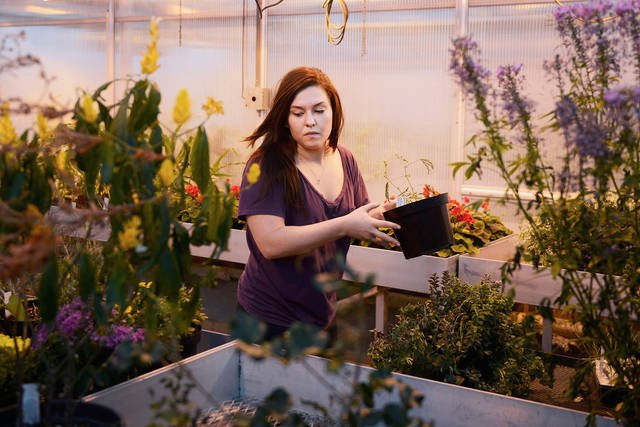 The University of Minnesota’s ties to the agriculture industry and communities in greater Minnesota mean the much-delayed passage of the 2014 Farm Bill hits home for students and employees alike.

The new bill could provide strengthened security for agriculture students entering the field, but it has already meant a loss for University programming that reaches out to low-income Minnesotans.

“For those people that want to go into agriculture, want to be a part of feeding and providing for our country, farming is a tough industry,” said agriculture education senior Kirby Schmidt. “It takes a lot of money and takes a lot of investment to get involved.”

President Barack Obama signed the Farm Bill, officially known as the Agricultural Act of 2014, on Friday.

The $956 billion Farm Bill eliminates the old system of directly paying farmers for lost crops and instead expands an insurance program.

The bill allocates $94.6 billion for crop insurance over the next 10 years. Olson said the new system streamlines programs and makes them simpler.

“From an industry viewpoint, from agriculture, it’s important because it takes away downside risk,” he said. “Farmers can go ahead and make their decisions … knowing that they are protected.”

Schmidt, former president of the agriculture fraternity Alpha Gamma Rho, said Minnesota farmers — including those newly entering the industry — will benefit from the strengthened insurance program.

“It’s a big victory, just for agriculture, to have this passed,” he said.

This cut has already impacted the University’s SNAP-Ed program, which provides nutrition education to low-income Minnesotans.

Because of cuts to SNAP, the program eliminated 44 percent of its staff at the beginning of the year.

In November 2013, more than 550,000 Minnesotans received food stamps, according to the U.S. Department of Agriculture Food and Nutrition Service.

Agriculture Secretary Tom Vilsack told reporters Friday he doesn’t think the cut will have a significant impact on SNAP recipients.

The cut is the first reform to the program since welfare reforms in 1996. The 2011 Farm Bill draft proposed a slimmer cut, and lawmakers’ disagreements on the cut delayed the bill’s passage.

Minnesota Corn Growers Association spokesman Adam Czech said getting the bill passed has been a three-year battle in Congress.

“It will be good to finally have some certainty in the ag policy,” he said.

Like legislation in the past, the new bill also includes funding for training programs for ranchers and farmers who are new to working in agriculture.

“Our rural communities need a revival. Any programs that we can have to support young farmers and ranchers, that’s excellent,” Schmidt said. “It not only supports our food industry, but also it supports rural life and rural values.”