So what, exactly, did John Kline vote for when he and his regressive colleagues passed HR 2642, the House version of the Farm Bill? It is already known that he voted against the Food Stamp (“SNAP”) program. But what else did he vote for (or against)? 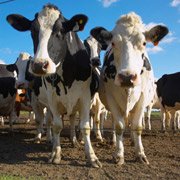 First, where are we now? In 2012, Congress granted a one year extension to the 2008 version of farm programs where there previously existed individual baseline spending amounts. Thirty seven programs died at their hand that day, including agricultural disaster assistance, the Wetland Reserve and Grassland Reserve Programs plus three other conservation programs, eight energy programs, and seven programs related to horticulture and organic agriculture. The direct payment, target price, and ACRE programs were continued. (ACRE, which is an acronym for Average Crop Revenue Election, is a new commodity program included in the 2008 farm bill.) However, the direct payment program was reduced by 8.5%, and all other programs were cut 5.1%, because of the sequester.

Second, there are areas where the Senate and House versions of the 2013 Farm Bill agree. Both cut numerous farm subsidy programs, including the $5 billion paid annually to farmers and landowners whether they plant crops or not. The money saved by eliminating those payments would be directed into the $9 billion crop insurance program, and new subsidies would be created for peanut, cotton and rice farmers.

There are some significant differences between the House and Senate in other areas, beside the SNAP program. In the 2013 House version, Mr. Kline voted to extend current programs forever unless and until Congress decides to reconsider them. This is different from the concept of “permanent law” which is the way the farm bill has operated for decades. Under Kline’s view, prices would not move with the market (contrary to the position he took on the student loan interest rate issue). And, under Kline’s view, there would be no pressure to respond to the market. The Senate version has a provision that does respond to market forces: the Senate would have programs expire at a specified date in the future, or otherwise revert to the levels of the 1930’s and 1940’s. Historically, this method, the “permanent law” method, has always allowed price supports to respond to the market—against a threat of reversion to the 1930’s.

As an example, under the Senate view, if the program were allowed to expire (and revert to the earlier, “permanent law” level, the dairy support price would likely exceed $35 per 100 pounds (cwt.) compared with a $9.90/cwt. support price in the 2008 farm bill and a May 2013 all-milk market price of $19.70/cwt. Congress demonstrated in its 1-year extension of the 2008 farm bill that it will not allow the dairy support price to revert to prior law. Kline’s proposal would set the price support at a much lower level, and keep it there forever, with no reason to change it unless Congress wanted to.

As one might imagine, the dairy program is a very politically volatile subset of farm issues. While farm concerns may not resonate significantly with urban legislators, the price of milk affects everyone. Thus, even legislators from non-farm districts have a substantial interest in milk price supports. The Senate bill requires that commodity programs be reconsidered periodiocally, subject to the threat of reverting to permanent law. The House version reduces and perhaps negates the need to pass farm safety net legislation in the future, thus likely making it harder to change the farm safety net.

In addition to acting against dairy farm issues concerning price, Mr. Kline also voted for that portion of the House bill which makes substantial changes to dairy production in the United States. Dairy farmers oppose the measures, saying they would result in a loss of revenue.

Next, Mr Kline voted for biofuels measures that will undercut the development of alternative energy, contrary to the interests of the farmers in his district, and contrary to environmental issues nationwide. Biofuels receive substantially different treatment in the two Houses. The Senate makes mandatory $216M in assistance for biorefinery and renewable energy assistance. The Senate also authorized an additional $750M in discretionary spending for this function. The House only authorizes half the discretionary spending with no mandatory amount. Further, the Senate authorizes a mandatory $193M in spending for the Biomass Crop Assistance Program. The House authorizes more–$375M—but this is discretionary. Overall, the House eliminates all mandatory spending on biofuels programs, while it, superficially at least, maintains current levels for such programs on a discretionary basis. Discretionary spending means the spending is authorized, but may not actually be spent until an appropriation is made. Thus, Congress gets a second bite at the apple before a program is actually funded. And that (witness: Obamacare) can be a significant impediment to enactment of any program.

These farm issues promise to be significant in Mr. Kline’s next election campaign. It is clear he does not understand the needs and interests of the farmers in his district.