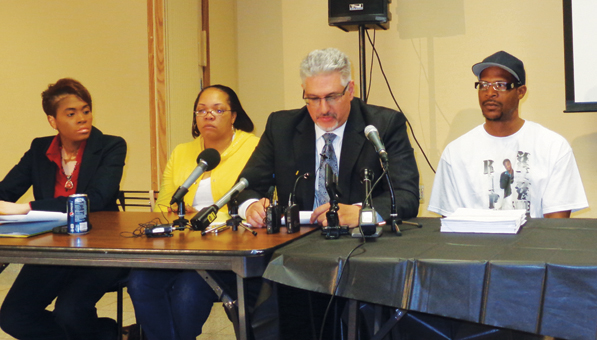 Something happened May 10 after he allegedly was earlier involved in a theft.

Exactly what happened in the basement of that South Minneapolis house May 10, the day Terrance Franklin was shot and killed by Minneapolis police, remains a mystery to all but the police officers involved. Although the Minneapolis Police Department (MPD) investigation is still ongoing, Franklin’s family still seeks answers to their questions nearly a month after his death.

They question earlier police reports that say their son shot two MPD officers with a submachine gun. They also question the extent to which a racial element may have played a role in the man’s death.

“There has been a history [of contention] between the African American community and the Minneapolis Police Department,” said attorney Karlowba Powell after a May 30 press conference at the Minneapolis Urban League. She is one of two lawyers representing Franklin’s parents, Walter Franklin and Sheila O’Neal. “There have been several incidents that already rooted themselves in the minds and opinions of the community,” added Powell.

“I don’t know anything except that my son is not here,” admitted Walter Franklin, who briefly spoke to the MSR after the press conference held on the day that would have been his son’s 23rd birthday. He also said he’s disturbed by the “leaks” or “unnamed sources” in earlier media stories about his son ever since his death.

“I believe that he was shot [by the police] to cover up something… I may be wrong, but that is what I feel,” said Terrance’s uncle, Rev. Marlon Bell, who also is concerned that his slain nephew has been unfavorably portrayed in media reports.

“The person they are trying to make him out to be, trying to profile my nephew as some crazed individual…that’s not my nephew,” Bell said. “I know my nephew, and he would never do that. First of all, what [the police] did to him was wrong. Even when he went into the bike shop — did he do anything to them? No. All he was trying to do is get away.

“Terrance was a good kid, grew up in the church and was baptized,” Bell continued. “He respected everyone in the church, and Terrance always was eager to help people. He was 22 years old and lived like a 22-year-old. He was a college student and took classes.

“He had issues just like everyone else, but he was a good person,” said Rev. Bell. “Terrance did nothing to jeopardize his life. He loved life. 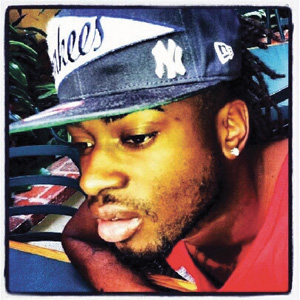 “Yes, he did have a criminal record,” Bell acknowledged, “but about 75 to 80 percent of it was juvenile. He got into trouble as an adult, too.” But Bell firmly believes that the story and investigation should focus instead on what ultimately caused his nephew’s death.

During last week’s press conference, attorney Michael Padden often referred to a You Tube video posted by someone in the area during the May 10 incident. Padden employed an audio expert to clean up the sound and noted that two Minneapolis officers are heard using a racial slur to describe Franklin in the sound-enhanced version of the recording.

“I have heard the ‘N’ word” on the video,” said Walter Franklin.

“I was shocked,” added Powell.

Padden said that he believes Minneapolis Police Chief Janee Harteau will do the right thing by investigating Franklin’s death. “The main thing is when you reach a conclusion you have to have physical evidence to support it,” he pointed out.

The attorney also disputed an email reportedly sent by Harteau to a local television station alleging that the Franklin family is refusing to meet with her and police investigators. Padden afterwards told the MSR, “She [Harteau] seemed to be really upset that we haven’t met with her… What is she going to say — she’s sorry? I don’t have a personal axe to grind with her.”

Padden said that he has no problems meeting with police officials, “but I want to know the ground rules before the meeting.”

When asked if last week’s press conference, other community protests, or even the You Tube video will have an effect on the MPD police investigation, Powell replied, “That information is going to get out there either by word of mouth [or by] what’s going on in the streets. There are going to be different opinions that are going to be made available to the public anytime you have a high-profile case such as this. Meanwhile, the police department has a job to do.

“I’m hopeful she [Chief Harteau] is going to be someone different from the past regimes,” said Padden on the MPD investigation of Franklin’s death. “I don’t agree with everything she’s done, [but] I like what I see about her so far. She doesn’t have an easy job.”

“I believe that they want to get things right,” said Rev. Bell. “But from day one, things have been wrong, because if everything were done right, we wouldn’t be here right now. There is nobody who can confirm [what really happened the day Franklin was killed but] “the police.”