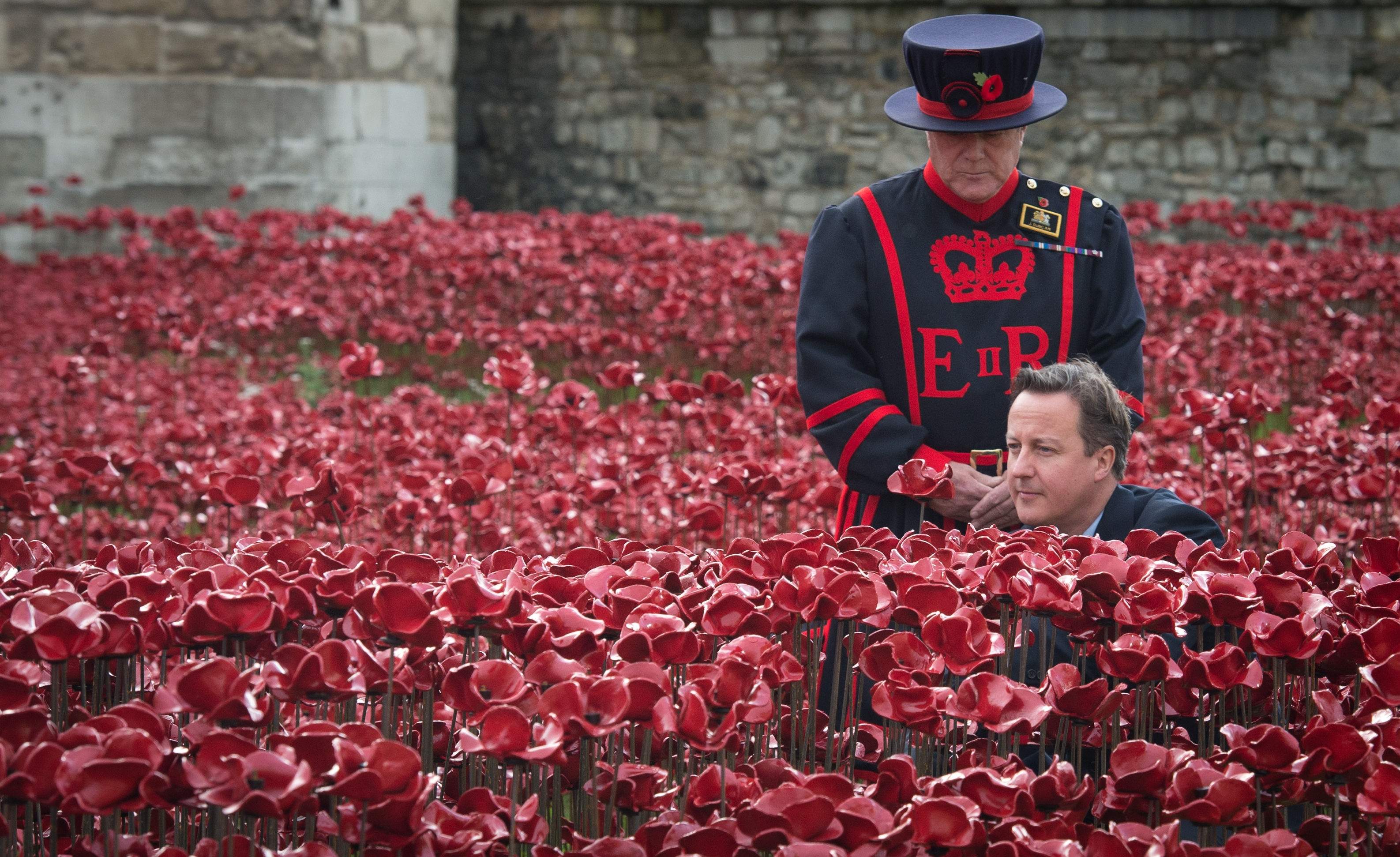 The UK celebrated Armistice Day on November 11 in this 100th anniversary year of the outbreak of World War I with a display of 880,000 ceramic red poppies — one for each soldier from the British Empire and Commonwealth who died during the war.

Altogether some 9.7 million soldiers are known to have perished during the conflict, along with 10 million civilians. Among the Allies, France lost the highest percentage of its population, military and civilian — almost 1.7 million killed, or 4.29% of the total population, the equivalent of 13.6 million Americans killed out of today’s population of 316.1 million. Among the Central Powers, Germany suffered the greatest losses, a total of 2.5 million or 3.89% of the population.

Deaths caused by World War II, of course, were three times greater than those from World War I — for a total of more than 80 million people, all lost as the result of just two of the wars initiated in the 20th Century by nations in the “Christian” West. Something to think about when we hear bigots and fools regurgitating propaganda about the inherently violent nature of Islam, etc. Sorry, guys. But to date, we here in the Christian world hold the record by a wide, wide margin!

Meanwhile, Germany had effectively lost the war before the first American troops reached the front.

Following Russia’s separate peace in March 1918, Germany was able to transfer more than 1 million soldiers to the Western front where they mounted a massive offensive in the spring of 1918. Almost immediately the Allied line began to crumble and it appeared as if a final rout was imminent as German troops rolled west toward the Atlantic.

And then suddenly, the offensive ground to a halt. At the time it was rumored that the Germans, having looted the great wine cellars of French chateaux, had gotten so drunk they couldn’t march on.

In all likelihood the real deterrent was illness. The Spanish Flu raged unchecked behind German lines before spreading to the Allies. By mid-summer hundreds of thousands of German soldiers were too sick to fight — or had already succumbed.

America’s most dramatic contribution to the defeat of Germany was not military. Though green American troops fought bravely and suffered appalling losses owing in large part to lack of experienced leadership in trench warfare, it was the Spanish Flu, which did not originate in Spain at all but right here in the U.S.A., that led to the Central Power’s submission. The virus that mutated into a highly contagious disease that ultimately killed 50 million people worldwide has been traced to a training camp in Kansas. Conditions there would have been ideal for the rapid transmission and subsequent mutation of the virus, a form of avian flu, from one transmitted by direct contact with the bodily fluids of a victim to a pneumonic form that spread easily through the air.

In turn, the Spanish Flu was carried to Europe aboard U.S. transport ships bringing American soldiers “Over There.” In the United States, the flu did not reach epidemic proportions until 1919, when it killed an estimated 650,000 people, a high proportion of them young and healthy when they fell ill. One of the paradoxes – and great tragedies of the illness — was that people with strong immune systems were more likely to die of the flu as their bodies reacted with such copious amounts of mucous that victims literally drowned in their own fluids. Out of a population of 104 million this mortality rate represents the equivalent of about 2 million Americans today; last year, 2.5 million Americans died from all causes of mortality.

Although those 650,000 U.S. citizens died as a direct result of the war, they were not counted among American losses from World War I, although in all fairness they probably should have been, along with the 50 million other people who died of the Spanish Flu.

The legacy of this War to End All Wars did not end there, of course. Exhausted, the prime of their populations drained by wartime losses, the English and French were reluctant to confront the rise of fascism or the growing menace of Hitler. And even today, a century after the outbreak of the war, in places like Iraq and Syria, Palestine and Israel, thousands still suffer and die because of the West’s fateful embrace of imperialism and conquest. It’s as if the great English poet, Edward Thomas, himself killed on the Western Front in 1915, was able to peer into the future when he wrote, “Now all roads lead to France/ And heavy is the tread/ Of the living…”