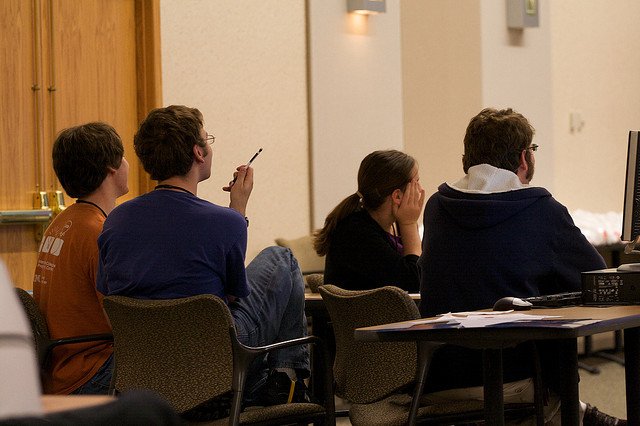 Advocates of faculty unionization at the University of Minnesota are asking for the support of a new group: students.

While the cause hasn’t picked up much momentum yet, the Service Employees International Union Local 284 is still pushing faculty members to unionize. Union supporters are now asking students to join the effort, which they say would benefit the entire campus community.

The union push, which includes all faculty members who work more than 14 hours each week, began this fall. Union supporters say they’re acting in response to national higher education trends like a shrinking number of tenure-track positions, an increase in adjuncts, issues with securing academic freedom and rising tuition.

Family social sciences and youth studies senior Alyssa Woodard is one in a small group of University students involved in the campaign. She said students could be key in the fight to unionize because they may not feel the same restraints that faculty members could.

“It’s an opportunity to create student coalitions among different student groups and support the faculty in their fight,” Woodard said. “We have a lot of power that they can’t really access because they risk losing their jobs. We can do things they wouldn’t necessarily be allowed to do.”

She and others are trying to garner student support by meeting with student groups and talking with individuals about the benefits faculty unions can offer.

“There are a lot of myths out there,” Woodard said. “People don’t always understand the full implications.”

Faculty members with stronger job security create better instructors because they’re armed with more stable working conditions and benefits and are committed to the school in the long term, creating sturdier programs, said Lisa Albrecht, associate professor in the School of Social Work.

The increase in student cooperation has been especially helpful as faculty members try to build backing, she said.

“It’s about building a coalition, because the issues also affect students,” she said.

Minnesota law requires 30 percent of eligible faculty to sign authorization cards with SEIU and file a petition with the state’s Bureau of Mediation Services in order to hold a campus-wide vote, said Josh Tilsen, the bureau’s commissioner.

More than 50 percent of faculty members need to vote in favor of the union for the University to recognize it.

University faculty members haven’t yet filed any authorization cards with the bureau, Tilsen said. The cards must be filed within six months of the date they’re signed, he said.

SEIU held a conference in St. Paul last month to educate local educators about issues facing higher education and how unionizing may aid in solving those problems.

“The University of Minnesota has been a poster child for increased administration costs and less money spent on curriculum and learning,” she said.

Another goal of SEIU’s is to address and support faculty and staff of color, Albrecht said.

Woodard said expanding the effort to a broader range of the campus community helps create a stronger campaign.

“You need a broad diversification of student voices and support,” she said.