Conservatives continue their solitary drum beat: repeal or dismantle Obamacare through misinformation. Pursuing that mantra, in a Fox News editorial, Congressman John Kline, along with two co-authors, says health insurance premiums will increase by up to 400 percent.

To be sure, health insurance costs continue to increase. We must get health care costs under control. There are methods to do this. But Obamacare is not the culprit.

These numbers are rough averages; costs for any one person vary widely based on many factors. Spending on health care has seen similar changes over the same time period.

The Council of Health Plans has projected the allocation of health care coverage and related cost increases for 2014, as affected by Obamacare (click the pie chart on the side of the column):

76% (3.7 million) of Minnesotans are ensured by large and medium companies, Medicare, and Medicaid. These folks will see little or no premium increases for 2014, based on Obamacare.
Another 7% (342,000) are insured through small companies, but only 140,000 of these people might experience an increase. The rest will see a decline or have their premiums stay the same.
Mncare/MCHA has about 3% (167,000) of folks, 14,000 of which will be shipped to the open market.
Nine percent (488,000) of Minnesotans have no insurance, but most will qualify for a free or subsidized plan.
Five percent (276,000) will self purchase. 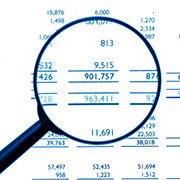 Rough math, puts the number of Minnesotans that might see a noticeable increase at about 8%.

That’s before factoring in a) federal insurance premium subsidies; and b) the ability to shop for less expensive premiums. Individuals earning up to $45,000, or a family of four earning up to $94,000 are eligible for federal subsidies. An estimated 35% of people are eligible for financial assistance with their premiums. And, in terms of shopping in the marketplace HHS estimates that consumers will have an average of 53 insurance plans to choose from in every market.

Health insurers must file their rates with the Minnesota Department of Commerce. Many describe the rationale for their respective rate increases. Blue Cross, for example, cites these reasons for its premium rate increase:

Conservatives still want to repeal or delay the Affordable Care Act. That train has left the station, and they’re still standing on the platform. Many people have benefitted from the health law: those with pre-existing conditions, those who are eligible to remain on their parents’ plans, those who might otherwise have broken through the benefits cap on their plan because of catastrophic illness. Conservatives, including Rep. Kline, still want to take these benefits away.

The conservative crowd that includes Mr. Kline is doing what it does best: fear monger without a constructive alternative plan.