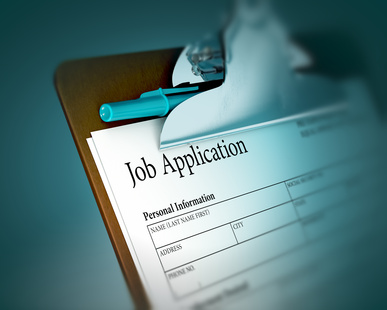 Headlines reporting glaring disparities in unemployment rates, by race, have sent a jolt to many Minnesotans, but the numbers are clear.

Furthermore, the StarTribune reports that this situation is not new. The state’s black jobless rate has been triple that of whites—or larger—since 2004.

Gaps in unemployment rates are not strictly attributable to disparities in education, say analysts at the Minnesota Budget Project (MBP). “According to U.S. Census data, Minnesota remains a very white state. Couple a largely homogenous population with significant cutbacks in public services for vulnerable populations, and experts say minority communities face significant challenges.” The Minnesota Budget Project cites several challenges that people of color in the state confront, including insufficient access to adequate and appropriate job training, limited social connections of the kind vital to job hunters, especially during a recession, and prejudices during the hiring process.

Republicans in the Minnesota State Legislature this session have called for cutbacks in public services for “vulnerable populations.” On the jobs front they have pushed for cutting the budget of the agency charged with eliminating workplace discrimination by 65 percent. Booker Hodge, president of the Minneapolis NAACP, has said that, “Slashing funding for the Minnesota Department of Human Rights (MDHR) would mean increased discrimination and decreased employment opportunities for communities of color at a time when Minnesota should be moving forward to address existing disparities.” ( “A cuts-only approach jeopardizes services that protect human rights,” May 20, 2011.)

MDHR Commissioner Kevin Lindsey has noted that that what is happening in Minnesota is part of a much broader effort. “What’s going on is a coordinated effort to limit the effectiveness of human rights departments across this nation.” As reported earlier, a coalition of community organizations has asked Gov. Mark Dayton to veto legislation that would slash the MDHR budget and cripple its work. Commissioner Lindsey says that Dayton will veto Republican-passed legislation, and that the governor’s budget calls for the MDHR budget to remain at current funding levels.

To address gaps, race must be confronted head-on; Minnesotans must not tiptoe around it. This is one of the main conclusions of “14 Solutions that Expand Job and Economic Opportunity, and Reduce Minnesota’s Disparities,” a recently published policy paper for the Organizing Apprenticeship Project (OAP). Its author, Jermaine Toney, writes, “There is a conventional way of policy making here, that we speak no race, see no race. When you don’t have a commitment to facing race you actually make the disparities worse.” Toney warns, “If we continue to not see race and not see the impact of our decisions on women and people of color, we will make the disparities worse. We must be proactive and explicit about it.”

Economists and demographers concur that addressing racial disparities explicitly, and sooner, not later, is essential. They note that as Minnesota’s predominantly white baby boomer generation retires, it will be replaced by a much more diverse workforce. If that workforce does not have the required skills, the consequences to the state’s economy are likely to be dire.

According to the Minnesota Budget Project, “If we are going to build a state that will thrive in the coming decades, we need to take a look around to make sure everyone in the state is ready to contribute.”