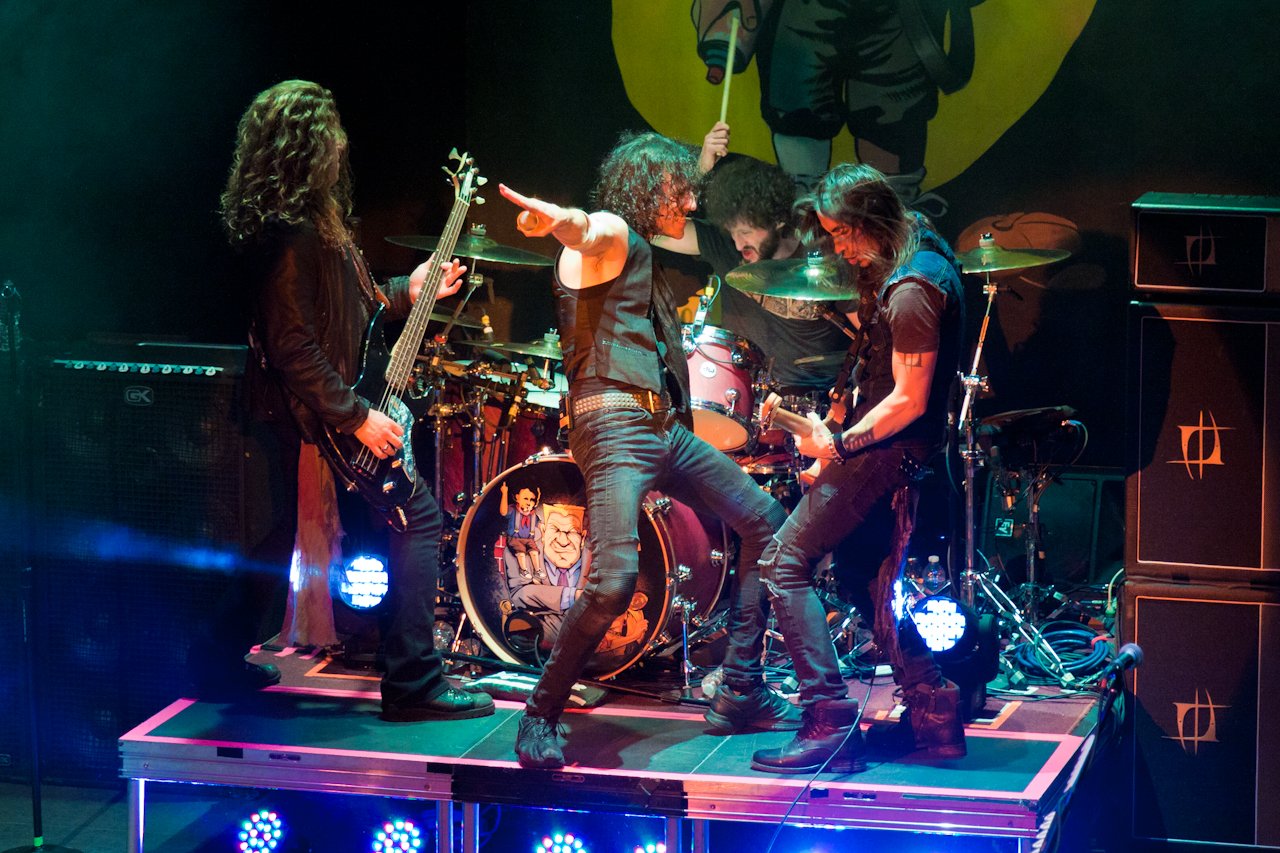 Any mention of the hard rock band Extreme and most people immediately identify them by their early 90s Billboard #1 hit “More Than Words.” Ask any of the true fans of this band who joined forces January 29th at Mill City Nights for the Pornograffitti Live – 25th Anniversary Tour and they’ll be sure to let you know there’s so much more to their catalog of material.

It’s a real treat when a band celebrates a significant recording project by performing the whole album live front to back. Not only do you get a chance to hear some tracks that never make the typical set-list, but you also get to hear them in the actual intended order and flow of the album. This is one of those albums that fans listen to enough that they are anticipating the next song, which doesn’t normally happen live.

A special show like this required no opening act, so the set started out as expected with the album’s first song “Decadence Dance.” This track is such a rocker and really brought the crowd to life. Front man Gary Cherone worked the stage like a man possessed and seemed genuinely enthusiastic about performing the material. The full metal assault continued for the next three tunes “Li’l Jack Horny,” “When I’m President” and hit single “Get the Funk Out.” The songs all seemed to run long giving their MVP, guitarist extraordinaire Nuno Bettoncourt plenty of room to shred. Pat Badger played his bass with authority and was fun to watch with some good dramatic hair flipping and an occasional contribution on vocals. All three front men, particularly Cherone, regularly jumped onto the drum riser to rock out with Kevin Figueiredo who had a look of intensity on his face that came through in his playing style. This was the best I’ve heard drums sound at Mill City Nights and my hats off to the sound crew on a good mix. It was also a better than normal lighting setup as the band provided and ran spot lights, which was appreciated in a room that can have lighting challenges.

It was a nice change to hear “More Than Words” early in the set as it would normally be an encore tune, but happens to be track five on the album. The other big standout was “It’s (a Monster)”, one of the strongest tracks on the album and clearly a crowd favorite. A fellow fan told me that this is one of his “if you’re stuck on a deserted island” must have albums and it was nice to see it translate well into the live performance creating an Extreme experience for all in attendance.