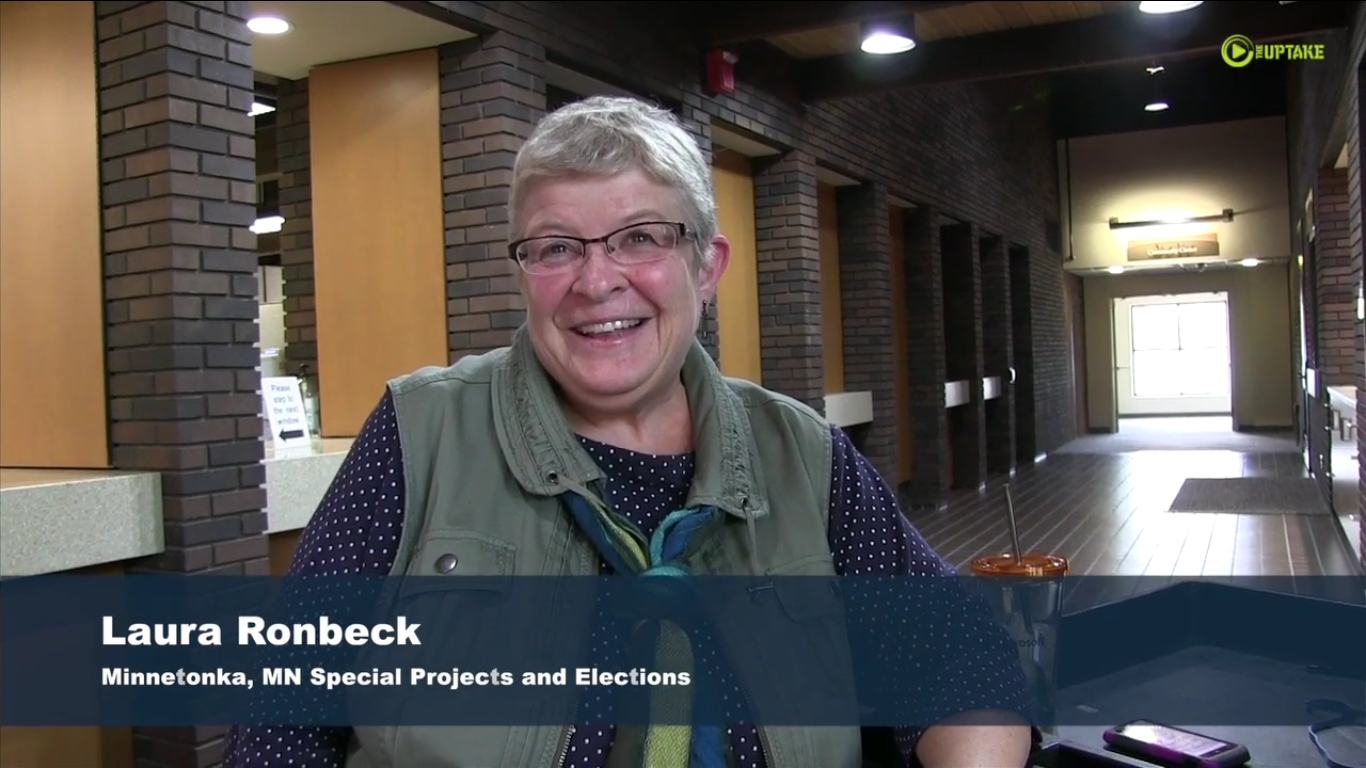 (Screenshot taken from video below)

Minnesota’s new “no excuse” absentee ballot law is a hit with voters.

“This is great. This is much better,” said one voter at Minnetonka City Hall. “This went very smooth,” added another voter.

As of Thursday, Minnesota election officials have accepted 54% more ballots this year than the last non-presidential election in 2010 and that’s meant extra work and changes for cities where the ballots are filed and counted.

Before the law was changed by the legislature, a voter had to have an excuse to get and file and absentee ballot. The excuse could be travel, serving as an election judge or another valid reason that prevented them from getting to the polling place on election day. The ballot could be applied for by mail or by going in person to City Hall. The completed ballot could be mailed in or brought to the election office at City Hall. There was a single window where the ballot was dropped off.

With the new law, anyone can vote an absentee ballot without a specific reason. This has become so popular that the one window at Minnetonka City Hall is now replaced with a staff of election judges in the Council Chambers.

Minnetonka City Clerk David Maeda says that the volume of absentee voters is much like a presidential year and substantially larger than a typical mid-term election.

Political parties are pushing absentee voting by mailing out applications to voters. “We got from the county a box of about 500 absentee (ballot) applications that had been dropped off from from the various political parties”, said Laura Ronbeck, City Court Administrator of Special Projects and Elections for Minnetonka.

The latest numbers from the Minnesota Secretary of State’s office show 152,070 absentee ballots have been distributed to voters for the November 4 General Election, of which 69,561 have been returned to and accepted by election officials — more than 31,000 in the past week alone.

Early voting would mean less work for cities and voters

Many refer to this as “early voting”, but it’s still technically absentee balloting, which creates much more work for the cities than true early voting would. An absentee ballot requires an application and several other steps that would not be required in early voting.

“Absentee balloting takes a lot of work,” says Maeda. “There’s a lot of little pieces that we have to do 100% accurately and the voter has to follow our directions completely or we have to reject the ballot. So there’s a lot of back end work that takes place.”

Maeda says absentee ballots are fed through the machines starting a week before the election, but results are not tabulated.

There’s still more than a week to go, but the ultimate result may be even higher turnout for a state that usually leads the nation in voter turnout.

“I want to vote”, said one Minnetonka voter just after turning in his absentee ballot. “I’m an American. I want to vote.”